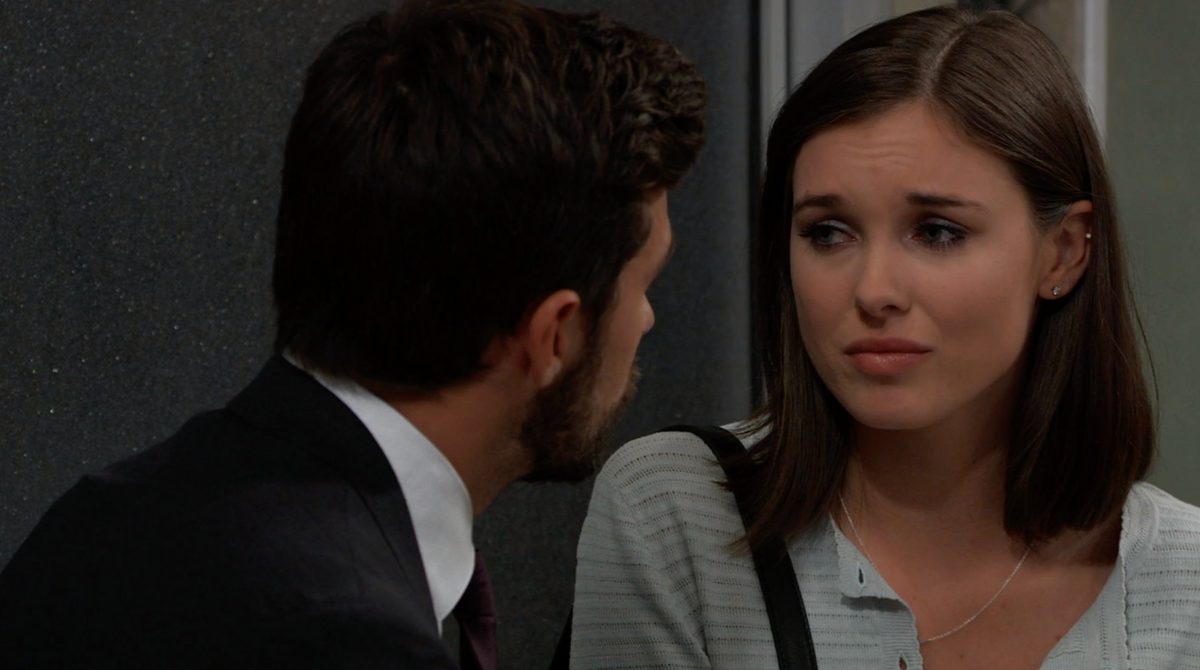 General Hospital (GH) spoilers tease the Shiloh (Coby Ryan McLaughlin) hostage crisis will have several jaw dropping twists before it comes to any type of resolution. Currently, Shiloh has taken Wiley Cooper-Jones to the Haunted Star which is currently closed for repairs but seems to be the it place to go for fugitives in need of a lair. Dev (Ashton Arbab) apparently plans to use it a hideout as well and hid out of site in order to call in Jason (Steve Burton) for help. But Sam (Kelly Monaco) and Jason switched phones so it was Sam who received Dev’s frantic call.

If there’s one consistent character trait that Sam possesses, its her frustrating need to knowingly rush into dangerous situations ALONE without getting any backup or any regard for her own safety. So true to form, Sam shows up to rescue Dev. Sadly, Shiloh has already has already found Dev and knocked Dev out. So now Shiloh has Wiley, Dev and hostage. While Shiloh is surely is glad that Wiley and Sam happened to come into path, he doesn’t need Dev for any reason.

Surely, once Shiloh gets his hostages all secure he will need to make some demands. He has already called Peter (Wes Ramsey) to bring him cash and a method of escape. But there is one thing he has made clear that he still wants and doesn’t have. And that is Willow (Katelyn MacMullen). He will very likely demand Willow show up and he will agree to release one of his other hostages. And while that would almost certainly be Dev, Willow will press for Shiloh to let go Wiley go as well.

Even though he may convince her that he would be willing to let Wiley go, there is little to no chance he would actually keep his word. He still believes, as does Willow, that Wiley is actually their son. He’s been telling whoever will listen for weeks now that wants both Wiley and Willow. But at this point he will have too many hostages to keep in his control. While she won’t be happy about Shiloh’s deception, Willow be grateful that she can be there to make sure no harm comes to Wiley. But Shiloh might decide niether Sam or Dev. He will more likely threaten to kill either Sam or Dev.

Shiloh is so close to getting everything he’s wanted. Will he try to kill Sam or Dev once he has Willow back under his contol? Willow will fight tooth and nail, but will it be enough to keep everyone safe? This is going to be an action filled week in Port Charles. Only time will tell will be the outcome of Shiloh’s reign of terror.

This isn’t a week that you want to miss a single second of General Hospital starting this week and for the next few weeks until this dangerous situation is resolved. General Hospital airs weekdays on ABC!