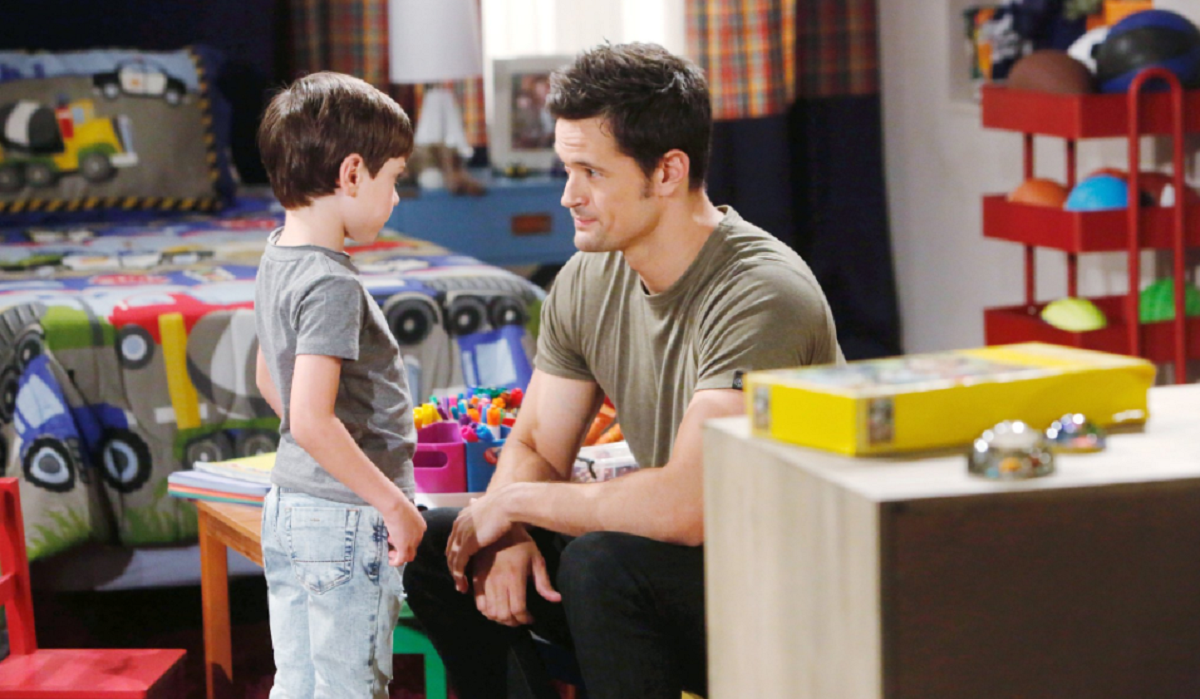 The Bold and the Beautiful (B&B) spoilers for Thursday, September 26, tease that Flo Fulton (Katrina Bowden) will find herself with a lot on her mind. As B&B viewers know, she’s just found out that Katie Logan (Heather Tom) is in the hospital with kidney failure.

Plus, Sally Spectra (Courtney Hope) just dropped a huge bomb on her when she bragged about being engaged to Wyatt Spencer (Darin Brooks). Flo’s deeply worried about both situations, and she could really use her mother’s support right about now.

But when she talks to Shauna Fulton (Denise Richards), she’ll find that her mom is totally preoccupied with something other than her and her problems. As B&B viewers know, Shauna has been absolutely enchanted ever since she spent the night with Ridge Forrester (Thorsten Kaye) in the room above Bikini Bar. She slept right at Ridge’s side, and she’s been gushing about the experience ever since.

Well, on Thursday’s B&B episode, Flo will find herself growing frustrated with how much Shauna is fixated on her evening with Ridge. It seems that Shauna will be openly fantasizing about having a future relationship with Ridge, and that will irritate Flo. Of course, from Flo’s perspective, she doesn’t want herself or her mother to do anything to make waves in the Forester or Logan families because she’d like to be eventually welcomed back to the fold.

So Flo will probably see her mother’s fixation with Ridge as a huge problem. And this doesn’t even consider the very important fact that Ridge is a married man, and someone that Shauna should stay far away from. But it seems that Shauna will persist in thinking that she could indeed have a future with Ridge…much to Flo’s consternation.

Meanwhile, on Thursday’s new episode of B&B, Ridge will be feeling some frustration of his own. As B&B viewers know, Thomas Forrester (Matthew Atkinson) has been apart from his son for some time now, partly by choice and partly because of his hospitalization after his fall from the cliff at Steffy Forrester’s (Jacqueline MacInnes Wood) house.

Well, it seems that once Thomas is released from the hospital, he’ll go directly to Douglas Forrester (Henry Joseph Samiri) for a clandestine visit. Of course, everyone around Douglas these days is very protective of him and quite aware of how Thomas manipulated him when he wanted to secure a future with Hope Logan (Annika Noelle). Now, Hope, Brooke Forrester (Katherine Kelly Lang), and Liam Spencer (Scott Clifton) are determined to limit Thomas’ access to the little boy.

The Bold And The Beautiful Spoilers: Danny Blabs To Brooke – Reveals Ridge Spent The Night With Shauna https://t.co/G3w5AlZnna pic.twitter.com/9SRHukazoC

But on Thursday’s episode, Ridge will catch Thomas visiting with Douglas, and he’ll be shocked. According to B&B spoilers, Thomas will try to cover somehow after Ridge catches him, so he’ll probably offer some excuses for why he’s there, but surely Ridge will see the writing on the wall.

Ridge may offer some words of caution, or even come down hard on Thomas, but we’ll have to wait to see whether he ultimately tells Brooke about the whole thing. Be sure to tune in on Thursday to catch up on everything happening on B&B right now. Check Hollywood Hiccups often for updates, news, rumors, and spoilers!