The Young And The Restless Spoilers: Adam’s In Trouble – Could Phyllis Be His Downfall? 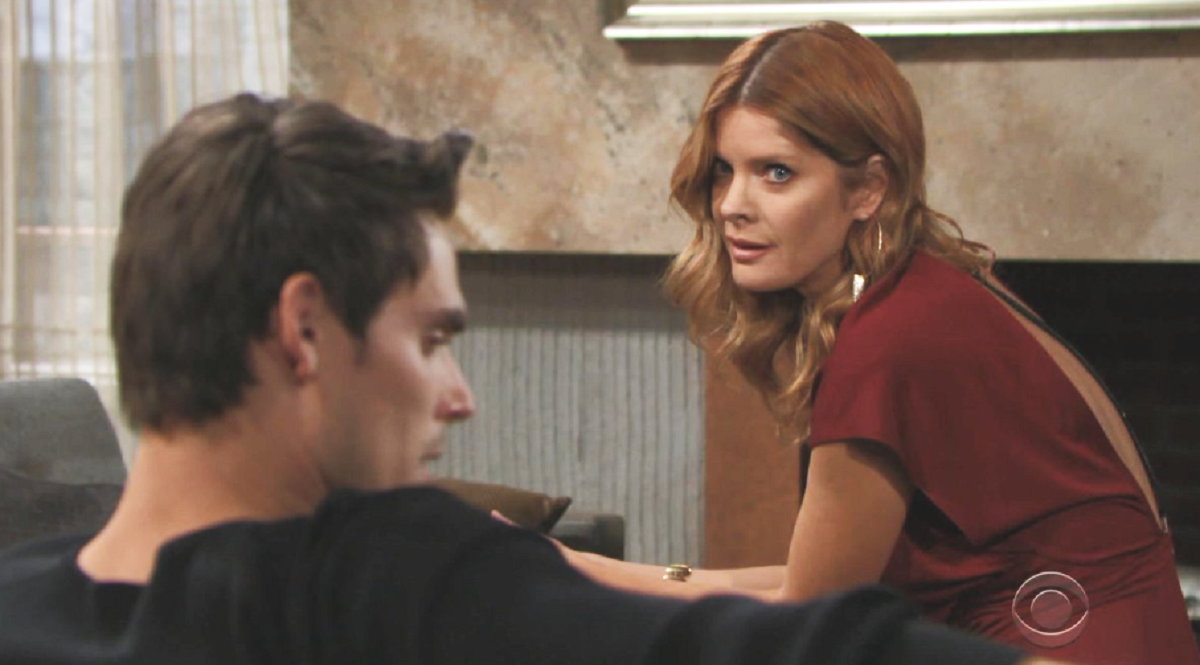 Adam Newman (Mark Grossman) thinks the world of himself on The Young and the Restless. But arrogance has left him vulnerable to attack and sabotage.

His never-ending vendettas never lead to personal stability. And, as Chelsea Newman (Melissa Claire Egan) correctly diagnosed in recent weeks, Adam’s revenge efforts are actually a front. He acts out because of a perceived inability to obtain love.

But love can’t be bought, or forced out of others. Adam’s failure to understand the human condition, starting with his own, also continues to cloud his vision whenever he stops and looks in the soapy mirror.

Young And The Restless Spoilers – Adam Newman Recast Was Purposeful

Okay, we know that Justin Hartley (Adam) is killing it on This Is Us. But why wasn’t Michael Muhney (Adam) rehired to play Adam again? It’s understood that Muhney was eligible for rehire because he interviewed during the previous recast in the summer of 2014.

Okay, so Y&R reversed SORAS’d Adam by ten years. That felt like a way to neutralize arguments related to Muhney’s return, while also taking this character into new areas moving forward.

And so, with all behind the scenes fodder digested many months ago, the fans have had a chance to see who the newest Adam is. Yes, he’s clearly been written more closely to Muhney’s edition than to Hartley’s, with 2019’s Adam being all-out mean.

Anyone can stir the pot. Adam has done that. But few people can score victories over people like Victor Newman (Eric Braeden) and Michael Baldwin (Christian Le Blanc), while also getting someone like Phyllis Summers (Michelle Stafford) to beg him not to hurt her daughter as part of the Newman battles. But Adam’s ego and the torrent of victories he’s scoring don’t ensure that long-term success will be guaranteed.

Adam is currently reeling because he believes Victor died as a result of him manipulating the blood disease medication. But attempting to frame Vicki Newman (Amelia Heinle) confirms that Adam isn’t fully off his game. And, he’s yet to experience the ‘Moustache’s’ shocking rise from the grave and whatever follows that.

Beyond Victor’s coming reprisals, Michael will act in defense of his son, Fen Baldwin (Zach Tinker).

Young And The Restless Spoilers – Phyllis Summers Could Speed Downfall

Of course, Phyllis could always be playing Adam, as she’s indicated on many occasions since returning from Las Vegas, Nevada. Her intel about his link to Chance Chancellor (as last played by John Driscoll) should prove useful to Devon Hamilton (Bryton James) at some point.

This self-proclaimed Grand Phoenix, who Adam has taken into his confidence, may actually prove to be the one person who could speed his fall during Autumn. This site is a leading source for everything linked to The Young and the Restless.