Days of Our Lives News: Deirdre Hall And Drake Hogestyn Talk About Their Comical New Commercial 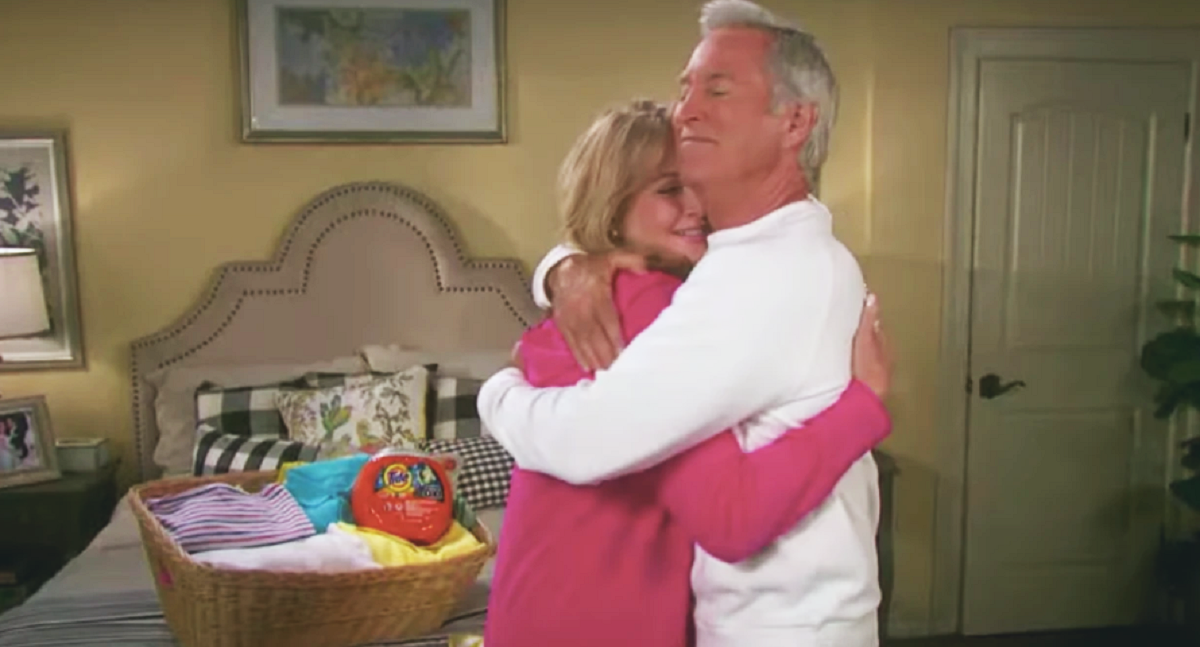 Days of Our Lives’ Deidre Hall and Drake Hogestyn talked about the recent commercial they made for Tide and NFL. The pair had a brief cameo in a comical new commercial for Tide Pods Ultra OXI during the game between the Philadelphia Eagles and Atlanta Falcons on NBC’s Sunday Night Football. Recently, a new commercial for the Tide NFL spot was released featuring Hall and Hogestyn.

In the extended commercial for Tide and NFL, Hall and Hogysten spoofed a scene from the soap. Instead of confronting Hogysten about having an affair, Hall said, “It’s me discovering surprisingly clean clothes in our drawers.”

She then calls him a traitor for doing laundry on weekdays during the show so he could watch football on Sundays. Hogysten apologized to Hall in the scene and asks her to use Tide with him as they do the laundry on Sunday. She took him up on his offer and said “But only if you keep our show laundry free.” Hogestyn then replied, “The NFL could never tear us apart!”

The pair first made a brief appearance on an earlier Tide and NFL commercial that featured NFL legend Peyton Manning and Baltimore Ravens’ Mark Ingram Jr. Manning was watching Hall and Hogysten play their roles on the show when Ingram warned him to do his laundry because Sunday is coming.

Hall revealed that she immediately agreed when her agent and NBC offered her to do the commercial. She explained that they don’t get many chances to do crossovers and considered it a lovely opportunity.

Meanwhile, Hogestyn considered it as an honor to represent the network. He said, “It was like, ‘Are you kidding me?’ The best part was they came to us and filmed it on our stage. It was amazing. It was the best job.”

He also expressed his surprise that a lot of people have no idea why their shows were dubbed as soap operas. He went on to explain that the sudsers’ original target audience were housewives and that’s why most products advertised were laundry, bar, and the like, hence the name, soap opera.

He also revealed that Tide’s owner, Proctor & Gamble, was among the first companies that sponsored daytime dramas on radio and eventually produced their own TV series like “Guiding Light” and “As the World Turns.”