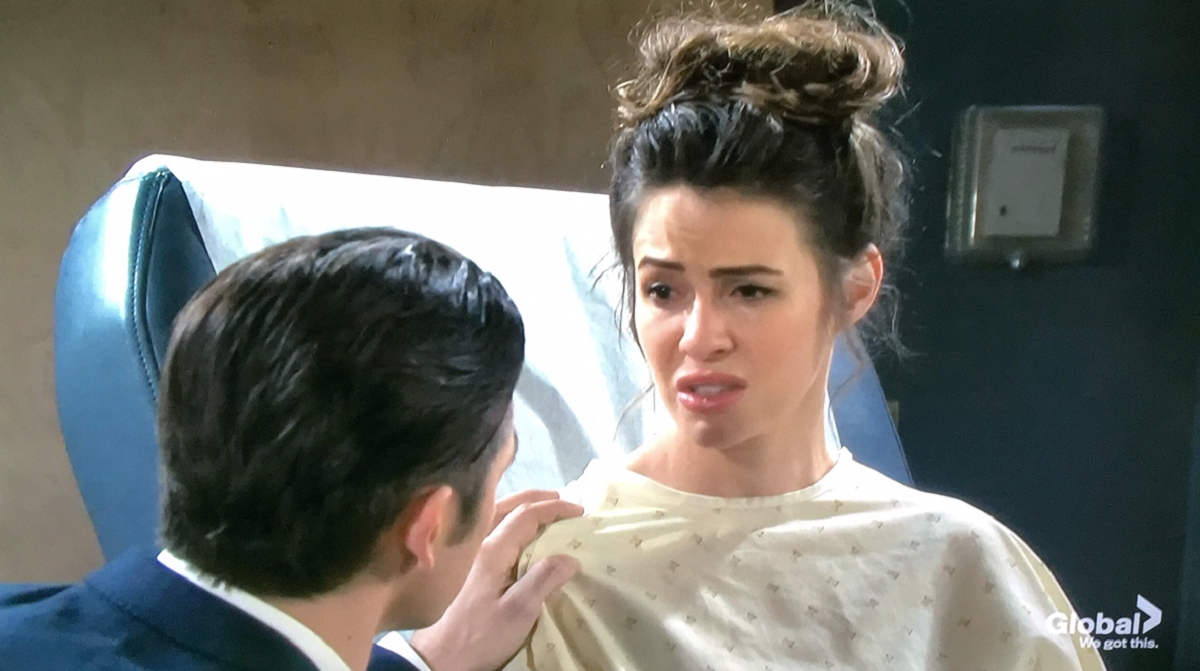 Days of Our Lives (DOOL) spoilers for Friday, September 27, tease that Kristen DiMera (Stacy Haiduk) will be on cloud nine thanks to Dr. Wilhelm Rolf’s (William Utay) news.

He just revealed Kristen is already pregnant, so no embryo stealing will be necessary. Xander Cook (Paul Telfer) will be relieved, especially once Sarah awakens and decides she wants to keep her baby after all.

Sarah will determine that she can navigate the drama ahead. She’ll realize it’s going to be complicated, but she’ll genuinely want to raise this child. Xander will give Sarah the support she needs as usual, but Kristen won’t care about any of that. She’ll just concentrate on her own little miracle. “Days” spoilers say Kristen will be excited to drop the bomb on Brady Black (Eric Martsolf) next week.

Days of Our Lives News: Deirdre Hall And Drake Hogestyn Talk About Their Comical New Commercial

Days Of Our Lives Spoilers – Dr. Shah Will Derail The Memory Flood

In the meantime, Jack Deveraux (Matthew Ashford) will marvel at the love he suddenly feels. He felt connected to Jennifer Horton (Melissa Reeves) even without his memories, but their bond will obviously be at another level now. Thanks to Jack’s recent memory flood, he’ll be over the moon as he shares this wonderful moment with Jennifer.

Sadly, Dr. Henry Shah (Piter Marek) will derail that moment with a violent shocker. He got knocked out, but he’ll ultimately get back up and rush at his victims with his knife.

Days of Our Lives spoilers say Jack will leap into hero mode and struggle with Henry on Friday. Their wrestling match will end with Jack plunging the knife into Dr. Shah, which will kill him and finish this nightmare.

Other Days of Our Lives spoilers say Vivian Alamain (Robin Strasser) will enrage Gabi DiMera (Camila Banus). During a conversation with Stefan DiMera (Brandon Barash), Vivian will insist Eve Deveraux (Kassie DePaiva) would be a better match for her son. She’ll do some trash talking when it comes to Gabi, so that’ll leave Stefan’s wife livid in Friday’s DOOL episode.

Days Of Our Lives Spoilers: Are Chad And Abby Leaving Paris For Salem? https://t.co/lMFzTKlsjt pic.twitter.com/SQfux0AvYK