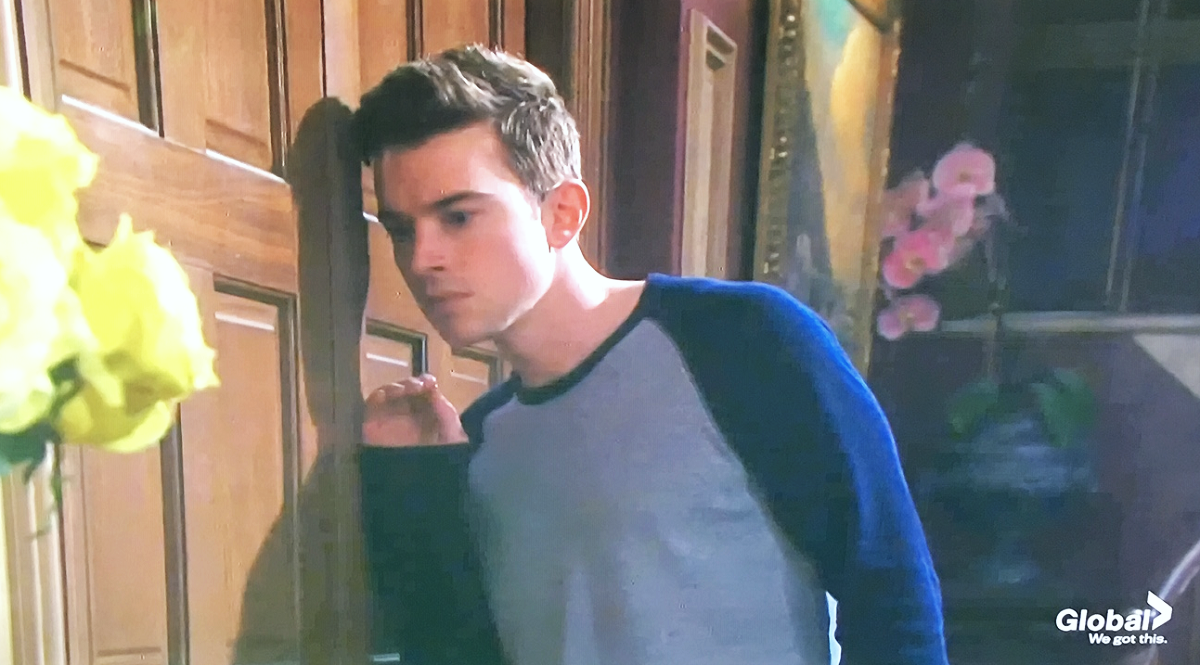 Days of Our Lives (DOOL)  spoilers reveal Will Horton (Chandler Massey) overhears something not meant for his ears. Finding out the truth about Kate Roberts DiMera’s (Lauren Koslow) shooting, he turns to Rafe Hernandez (Galen Gering). He wants Vivian Alamain (Robin Strasser) arrested for attempted murder.

During a recent episode of DOOL, Will Horton snuck into the DiMera mansion. Hearing voices, he put his ear to the door. Imagine his shock at discovering what he suspected all along – that Vivian Alamain tried to kill his grandmother. Not only did Vivian try to kill her once, but twice!

This will infuriate the Salemite. Kate is his grandmother. It certainly won’t make him happy knowing that Gabi Hernandez (Camila Banus) lied to him, either. How could she keep such a horrible secret and lie to his face, especially about something serious like attempted murder?

Days of Our Lives spoilers tease that Rafe Hernandez will get new information on the case. After spying on Stefan DiMera (Brandon Barash) and Vivian Alamain, Will goes straight to the cops. He tells Detective Hernandez what he overheard and demands Vivian be arrested.

Although the information confirms what Rafe suspected, he can’t just charge in and arrest her. After all, hearsay isn’t concrete evidence. Rafe is going to need more ammunition in order to arrest Vivian, and make the case for a conviction.

Days Of Our Lives Spoilers: Is Will Going To Be Vivian’s Next Victim? https://t.co/BosqFD8YTE pic.twitter.com/bs45x1afwe

However, what the Salemites don’t know is that Dr. Rolf (William Utay) pays the comatose patient a visit. Based on a sneak peek photo, it appears that he may inject her with the resurrection serum. This means that even if Kate dies, she could be brought back to life. But, how exactly does that work when a dead woman doesn’t have a heart? Fans will have to keep watching to find out.