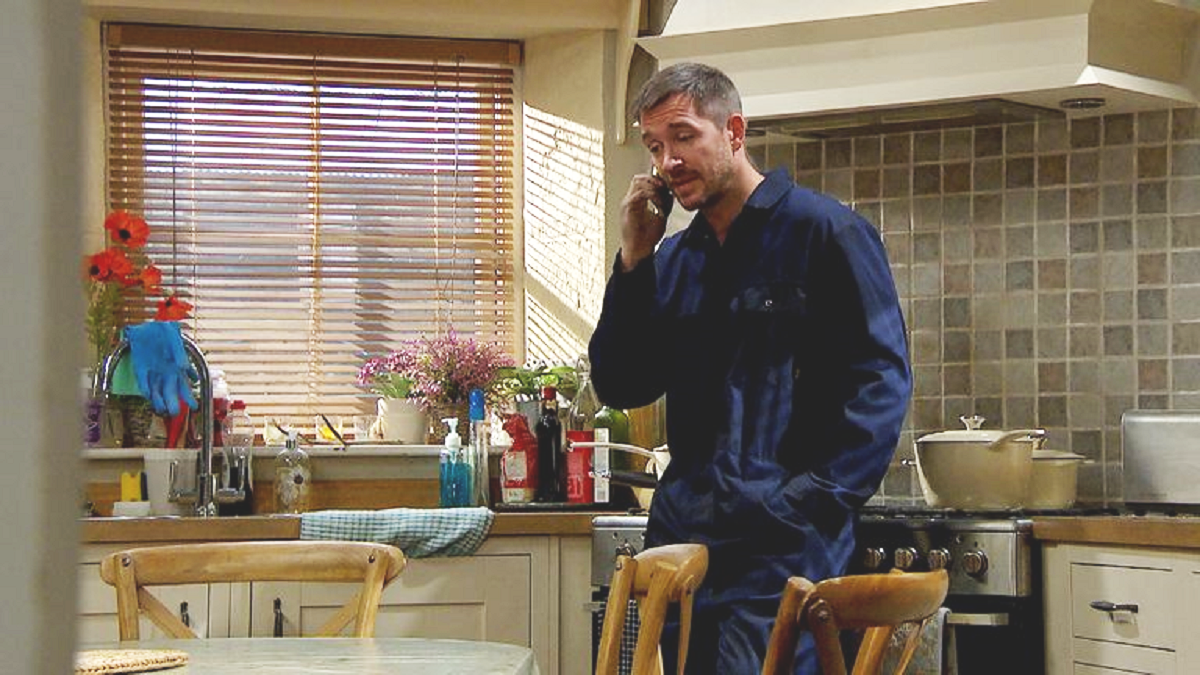 Emmerdale star Anthony Quinlan teased that his character Pete Barton could face danger as he tries to protect Moira Dingle’s (Natalie J Robb) secret. Pete is potentially setting himself up for trouble with Cain Dingle (Jeff Hordley) once Cain finds out that he knows about his wife’s, Moira, affair with Nate Robinson (Jurell Carter), and kept it from him.

Quinlan explained his character’s actions. “He’s completely aware of what Cain’s capabilities are. Pete knows that Cain will go to any means and lengths, especially if you cross him and his family!”

The actor said that’s exactly what his character is worried about, what Cain would do once he finds out. Also, he added that Pete has no clue what’s really going on between Nate and Moire at this stage. He still wants Moira to realize that what she’s doing is wrong, and she should stop it before things get worse.

“Cain is not Pete’s family – Moira is. So he’s loyal to Moira,” Quinlan added. “But you don’t want to get on the wrong side of Cain Dingle and harbor any secrets that concern him.”

Pete knows that Cain may go after him once he finds out, but he’s still “trying to play devil’s advocate,” trying to make Moira realize the consequences of her actions. Pete will give her the hard truth and encourage her to do the right thing.

Emmerdale spoilers for the week of September 30 revealed that Pete will discover Moira’s indiscretion when he learns that she went with Nate to a hotel to spend the night together.

She lies to Cain and tells him that she’s heading off to Gloucestershire for a cattle auction. She sets off to the hotel Nate booked, but she unknowingly leaves her phone behind. Pete finds it and sees Nate’s messages to Moira, which makes him realize what’s going on between them.

Quinlan said Pete will be left shocked when he finds out. He’s caught Moira and Nate close together in the past, but he was completely oblivious as to what was really going on between the pair.

When will Cain find out the truth about Nate and Moira? And what will he do to Pete when he finds out that he knew all along? As always, more detailed Spoilers and Breaking news will appear here on Hollywood Hiccups!