General Hospital Spoilers & Recap For Thursday, Sept. 26 – Shiloh Is Dead — Laura Gets The Truth From Hayden 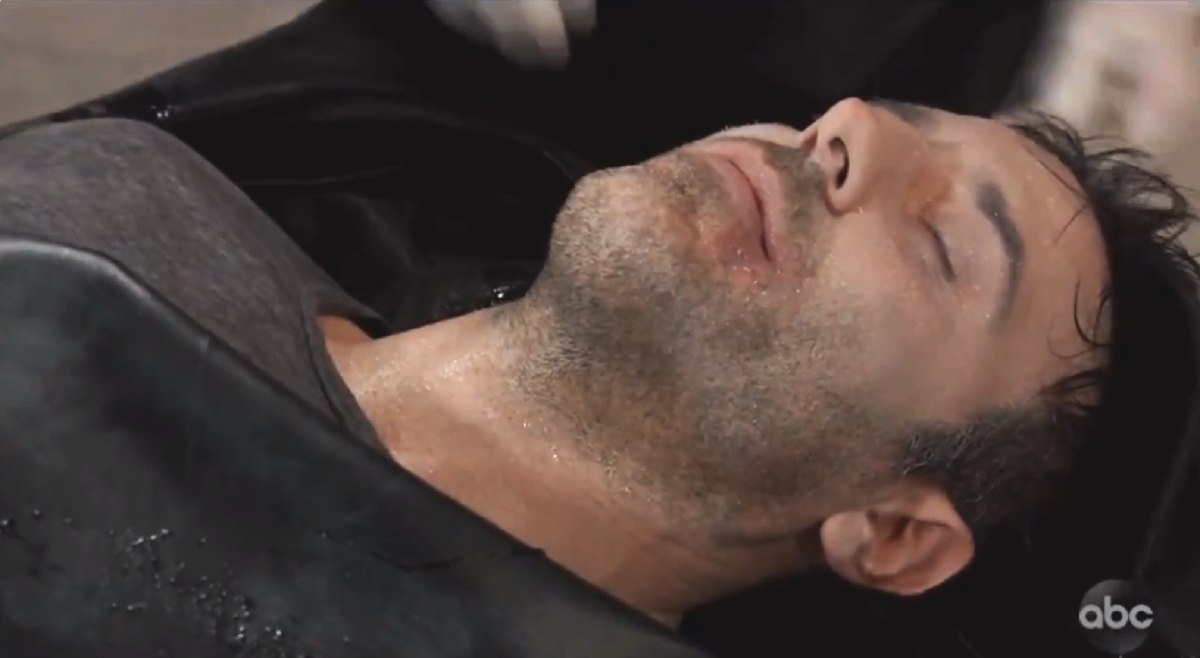 Neil wants to talk about Ava’s last therapist. Neil doesn’t make assumptions about his patients. Ava tells Neil about the run-in with Nina and their past. Ava brings up Nikolas Cassadine (Tyler Christopher) as well. Ava doesn’t know why she brought up Nikolas. Ava begins to name off her losses. Neil questions Ava about her and Nik’s relationship.

Ava says men see what they want to see in her. Ava says Nik saw it all and wanted her anyway. Neil wonders if that was a first. Ava brings up the Crimson article. Ava brings up that she is a real person and her daughter is gone. Neil wonders who keeps piling things on Ava. Ava talks about the comments on the website. Ava needs the pain and the rage inside to stop. Neil tells Ava this is the first step to helping herself.

General Hospital Spoilers: Will Ava And Nikolas Get A Second Chance At Romance? https://t.co/b515JTptEd pic.twitter.com/1Bibu9rdXl

Valentin comes to Nina’s rescue and Ava leaves. Julian asks about the argument with Ava. Alexis stops by to check on Julian and asks if he needs to talk. Julian tells Alexis that Kim slept with Franco. Julian can’t live in Drew Cain’s (Billy Miller) shadow. Julian dismisses Alexis who tells him she wants him to be happy.

Laura tells Curtis she needs a break for a few days. Hayden gives Laura too much information. Hayden is shocked the Curtis didn’t tell Laura the whole story. Hayden explains the change in the will and who it benefits. Laura says Spencer might be better off without the estate. Laura doesn’t want Spencer involved and insists Hayden deal with her. Curtis promises to be in touch tomorrow. Laura calls Spencer and leaves a message.

Sasha approaches and tells Willow she is glad Wiley will be OK. Sasha wouldn’t blame Michael if he needed to tell someone. Sasha wants to tell Nina the truth. Michael explains that Sasha has to wait until after Cassandra’s trial.

Michael and Sasha go to join Valentin and Nina to discuss the wedding. Michael tells Julian about Wiley’s kidnapping. Nina and Sasha talk about the wedding and the bachelorette party. Nina asks Michael to keep an eye on Sasha and not let her overexert herself. Nina invites Michael to Valentin’s bachelor party.

General Hospital’s Laura Webber (Genie Frances) questions Peter August (Wes Ramsey) about being on the docks. Peter says he just happened to be down there to give Dev Corbin (Ashton Arbab) a ride with Wiley. Laura gets a call from Harrison Chase (Josh Swickard) telling her they are looking for the Haunted Starr. Shiloh is suspected to be on board with his hostage, Sam McCall (Kelly Monaco). Chase tells Laura that Jason Morgan (Steve Burton) is trying to save Sam. Laura hopes no one gets killed. Maxie Jones (Kirsten Storms) is left with Peter to question him. Peter lies and says he had been apartment hunting for some time.

General Hospital’s Shiloh comes after Jason and the two fight on the deck of the Haunted Starr. Shiloh starts to kill Jason. Sam shoots Shiloh with a flare gun in the back to save Jason. Jason finds the bulletproof vest and blames himself for not checking Shiloh’s pulse. Sam makes sure Jason doesn’t touch the flare gun because she doesn’t want him charged with anything.

Jason notices that Sam is bleeding and offers to man the ship to get her home. Jason and Sam make it to the pier and alert Laura and Chase that Shiloh went overboard. Laura wants the boat searched while she plans a press statement. Sam gets checked out at the hospital. Sam is fine, they bandage her wound. Sam tells Jason she did what she had to do to save him.

Jason says its never easy to pull the trigger on anyone. Sam tells Jason she wanted to make sure Shiloh could never hurt anyone again. Sam and Jason move to leave as a stretcher arrives. Jason says it looks like they found Shiloh. Willow volunteers to ID the body. Shiloh’s body is taken for autopsy. Sam can’t believe it’s over.

As always, more detailed spoilers will appear here on Hollywood Hiccups, when there could be more clues and hints over exactly what’s going on. General Hospital airs weekdays on the ABC network. Read more news, spoilers, and gossip on our General Hospital homepage.