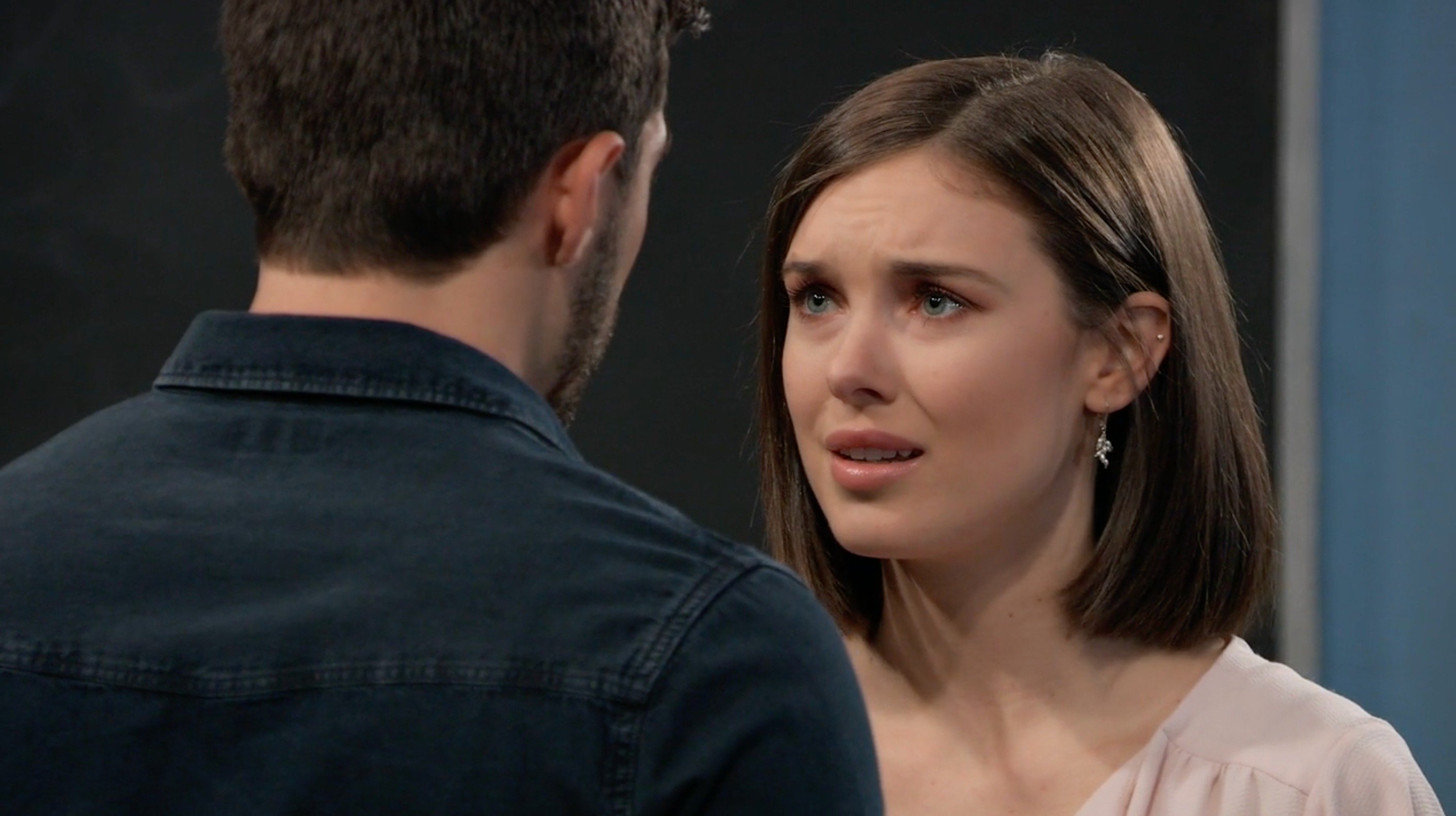 General Hospital spoilers tease that Willow Tait (Katelyn MacMullen) will pay her mother Lorraine “Harmony” Miller (Inga Cadranel) a visit soon, once the depths of Shiloh Archer’s (Coby Ryan McLaughlin) crimes are revealed. But will even more secrets come out in this visit, like secrets related to Willow’s having been adopted?

It is true that an adopted child can have as close as, or an even closer bond with an adopted parent. But some people feel that that is not possible and do not understand how Lorraine Miller could have offered up her own daughter to a monster like Shiloh to be sexually preyed upon. However, Willow was of legal age when this happened and both mother and daughter were brainwashed by a very manipulative and skilled cult leader. Most parents of adopted children indeed love them as if they were flesh and blood with them, as witnessed by the love of Dr. Lucas Jones for Wiley Cooper-Jones (Erik and Theodore Olson) and Bobbie Spencer (Jacklyn Zeman) for Lucas himself!

Longtime General Hospital viewers will recall that Lucas was adopted by Bobbie and the late Dr. Tony Jones (Brad Maule) as a baby; his birth parents were the late Cheryl Stansbury (Jennifer Anglin), who was the sister of Tiffany Donely (Sharon Wyatt) and Julian Jerome (William DeVry). Neither Lucas or Bobbie would have ever put a child of theirs in danger, but they were not brainwashed. Still, many General Hospital fans are beleiving that Willow was adopted, and that she has to be Nina Reeves’ (Cynthia Watros) true daughter because of the dysfunction between the two women. It seems rather contradictory for the same fans to think Willow must be adopted for Harmony to have allowed Shiloh to prey upon her, and yet two women who don’t get along at all must be blood mother and daughter because they don’t get along!

GH Spoilers – The Truth About Sasha Gilmore Will Be Revealed To Nina Reeves Soon, Leaving Her Without A Daughter

However, the truth about Sasha Gilmore (Sofia Mattsson) will be revealed to Nina soon, leaving her without a blood related daughter, although the bond is so strong between the two it may no longer make a difference to Nina! Michael Corinthos (Chad Duell) has been able to forgive Sasha when she told the truth to him, because of the mitigating circumstances of her getting in over her head and Valentin Cassadine (James Patrick Stuart) having been involved! No one wants Nina to be hurt, however if she is, perhaps her true daughter is still out there somewhere and Willow may be the one!

General Hospital writers will want a daughter who has been grievously hurt by a mother that may not be her real mother and a mother who has been possibly grievously hurt by a daughter who is not her real daughter to find each other, even if they haven’t gotten along in the past! Besides, Willow will be devastated when she finds out that Wiley isn’t really her son, and that her son is dead, and who better to comfort her than Nina, who believed for years that her child was dead and that she miscarried? Perhaps Willow having been adopted from a rich woman in New York was Harmony’s pledge secret for the Dawn of Day!