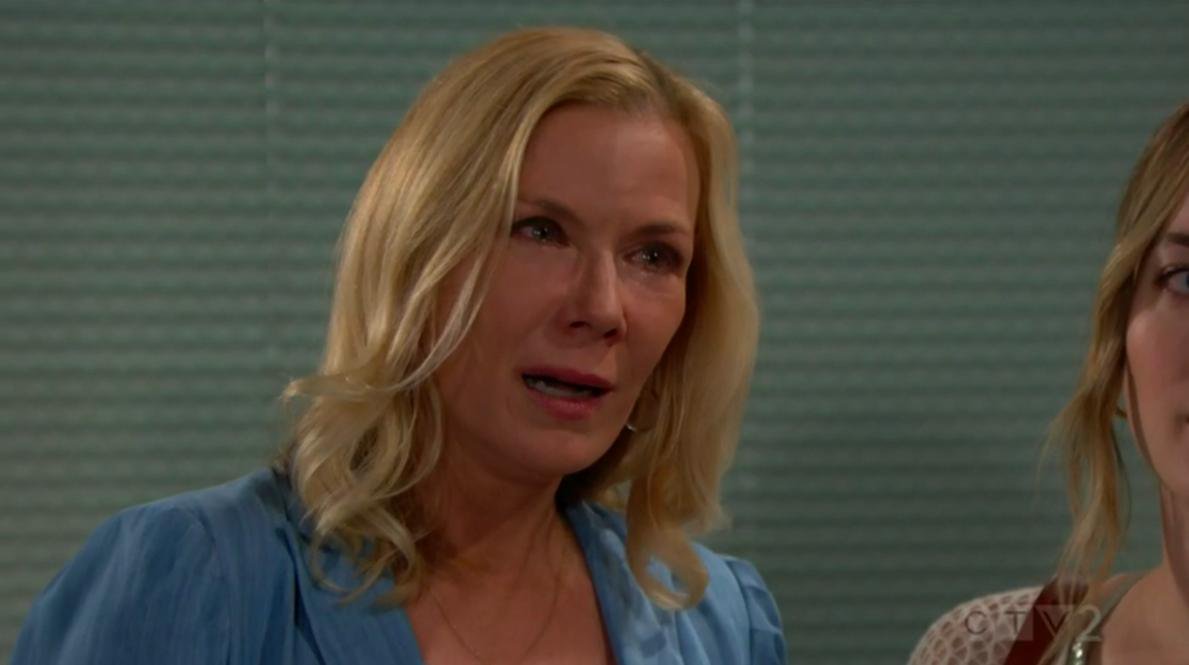 Katie Logan (Heather Tom) is facing another health crisis on The Bold and the Beautiful. Tom’s character’s kidneys are failing. That means a transplant could be necessary.

B&B viewers know that the Logan family has been offering selective support for its members. Katie, who’s done nothing wrong, has the full backing of her loved ones. Flo Fulton (Katrina Bowden), who wronged many, has been ostracized. But that status could change based upon her blood tie.

The heart transplant Katie received many years ago from her brother, Storm Logan (William deVry), enabled her life to continue. Her ticker is fine, but the sudden kidney failure she’s suffering establishes a revisited plot line.

Storm is living in another world, which isn’t a reference to that classic soap of the same name, or to deVry’s presence within the cast of ‘General Hospital’. However, Storm’s previously unknown daughter, Flo, is alive.

Viewers now see, in retrospect, one of the reasons, why Bowden’s character was written into the show. She obviously stands as a potential kidney donor, if not proving to be the actual one Katie may need.

Flo was overwhelmed by the outpouring of emotional support she received after her paternity was supposedly established. Wyatt Spencer’s (Darin Brooks) urging earlier this year resulted in Flo seeing computer screen information that placed the strongest odds of Storm being her father.

The image of Storm’s father and the Logan patriarch, Stephen Logan (Patrick Duffy), appeared below his son’s photo. Stephen had a significantly lower percentage chance of being Flo’s dad.

Based on Shauna Fulton’s (Denise Richards) recant of meeting Storm, everyone seemingly decided not to pursue scientific confirmation. That felt unusual at the time because some of Storm’s preserved genetic material could have been written as available in order for a genetic test to be taken, or for Stephen to have been tested.

However, Brooke’s stern advice to Shauna, about leaving Los Angeles, California, and returning to Las Vegas, Nevada, wasn’t heeded. In coming days, Brooke may realize that was best.

Following Storm’s sacrifice, his perceived daughter could be a match to Katie. But even if that happens, a full-blown reconciliation with the Logan’s isn’t guaranteed. Though this assumes that whatever tests are taken do confirm that Storm is Flo’s dad, instead of Stephen.