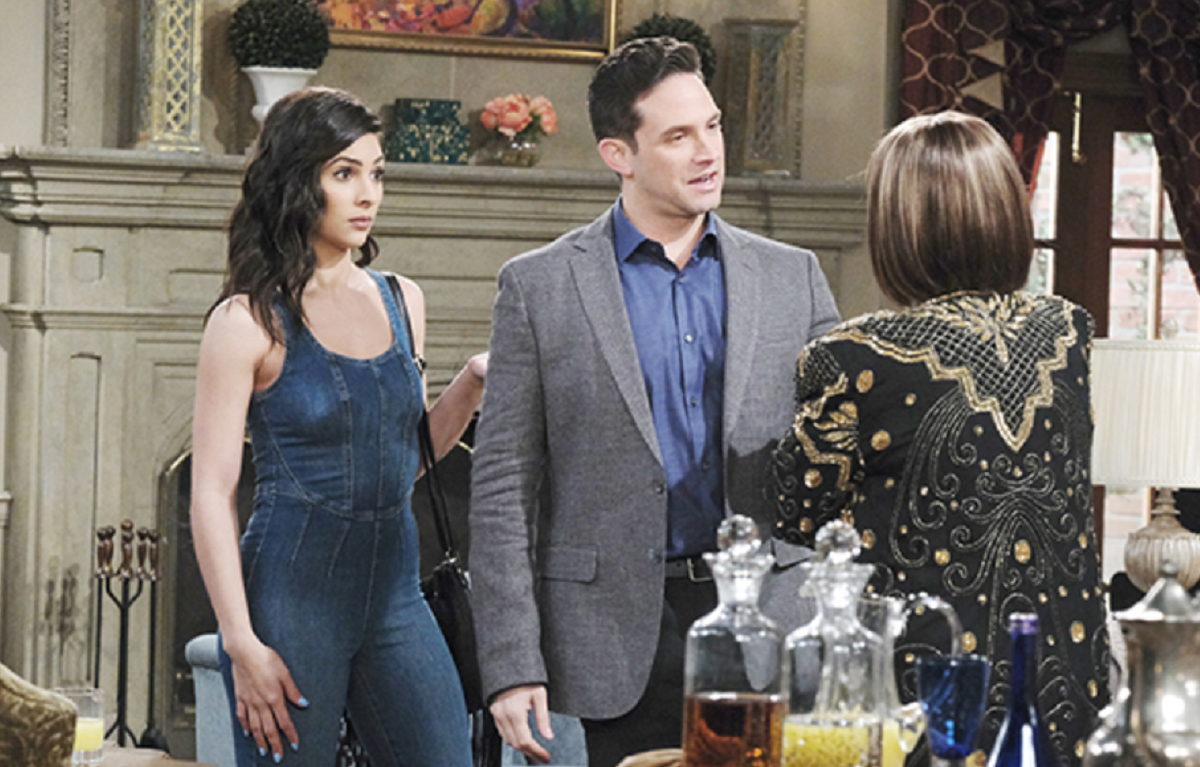 Days of Our Lives (DOOL)  spoilers for Monday, September 30, tease that Vivian Alamain (Robin Strasser) will be in panic mode. She’s been brimming with confidence over this Kate Roberts (Lauren Koslow) situation, but that confidence will take a serious hit.

That’s because Kate remembers who shot her and is already pointing the finger. Vivian will realize she’s in danger of being arrested soon, so she’ll need some help to get out of this jam.

Gabi DiMera (Camila Banus) can’t stand Vivian, but she’s willing to put up with her – and cover for her – as long as it keeps Stefan DiMera (Brandon Barash) happy. Days spoilers say Gabi will help Vivian make a quick getaway on Monday. It won’t be long until Vivian’s on the run, which will bring deadly chaos later in the week.

In the meantime, Lucas Horton (Bryan Dattilo) will face major backlash at the hospital. Not everyone will agree with Lucas’ decision to move forward with the transplant.

Days of Our Lives Spoilers: Ben Vows To Neutralize Jordan – Will He Kill His Own Sister? https://t.co/6wMNN5r4xi pic.twitter.com/4oiigy894z

Kate’s heart was nearly given to Julie Williams (Susan Seaforth Hayes), but Kate made a miraculous recovery in the end. There’s a good chance Kate herself will lash out after she gets the full picture.

Other Days of Our Lives spoilers say Doug Williams (Bill Hayes) and Hope Brady (Kristian Alfonso) will have some tragic updates for Julie.

They’ll break the bad news that she’s not getting Kate’s heart, so they’ll be right back in the same boat. Julie will die unless another match is found, so things will remain gloomy at the hospital for now.

On a brighter note, Jack Deveraux (Matthew Ashford) and Jennifer Horton (Melissa Reeves) will revel in their sweet reunion. Jack finally has his memories back, so they’ll be on cloud nine in Monday’s DOOL episode. JJ Deveraux (Casey Moss) will be thrilled once he’s brought in the loop, too. He’ll share some great father-son moments with Jack, so Days of Our Lives fans won’t want to miss those.

It sounds like the action’s heating up in Salem, but there’s much more drama to come. We’ll give you updates as other Days news and rumors emerge. Stick with DOOL and don’t forget to check back often for the latest Days of Our Lives (DOOL)  spoilers, rumors, updates, and news.