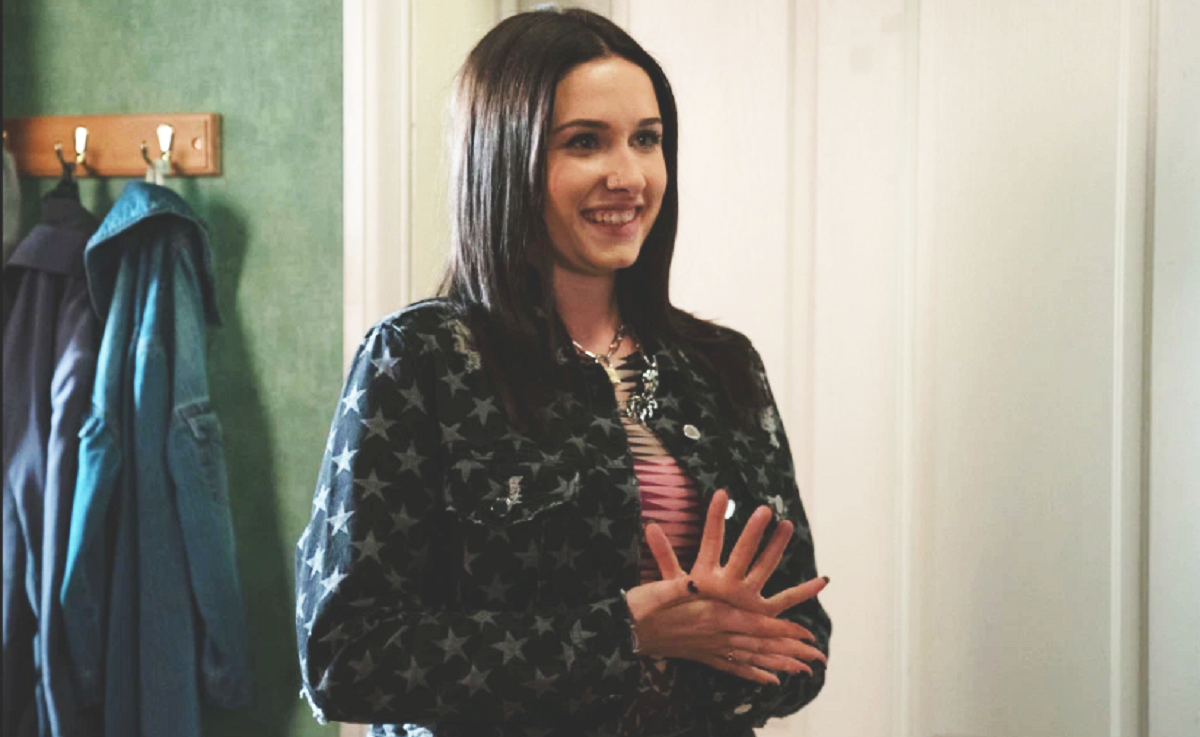 EastEnders released official photos of Dotty Cotton’s return to Walford. The character will be back on the sudser nine years after she made her first debut.

In 2009, Dotty left Walford with her mother after she found out that she was still alive. They moved to the U.S. and started a new life together. However, Dot’s visit to them may have played a role in their decision to come back.

Dot Cotton’s (June Brown) granddaughter was originally portrayed by Molly Conlin. But upon her return, the character will be played by actress Milly Zero. In the newly released photos, Dotty can be seen with a nose-ring piercing and wearing a star print denim jacket and a printed shirt. In the photo, she seemed excited to be back home.

Stuart is happy to see Dotty while Bex gives her a hug. In the spoiler images, Dot is also seen wearing a pink dressing gown with her granddaughter while enjoying a cup of tea.

It hasn’t been revealed yet as to what Dotty’s comeback storyline would be. However, show boss Jon Sen teased that she’ll return “with a bang.”

Zero excited to be part of the show and to play her new character. “I am honestly so excited to be playing Dotty Cotton and joining the E20 family, especially playing alongside June Brown, who I have been watching on my telly since I was a young girl,” she said. “Her and Dotty have such an interesting relationship to explore with a complicated history. I can’t wait to see what the future holds for them. It all feels very surreal, and I am buzzing already.”

Zero’s recast as the new Dotty was a bit controversial. Back in July, Conlin, who first portrayed the character, said she was “very upset” for being replaced. She took on the role from 2008 to 2010. However, show bosses informed her that she won’t be brought back.

“They did approach me, unfortunately, they wanted the new Dotty to go back and appear a lot older and be played by someone in their 20s,” Conlin said. Although she would have loved to be back on the show, she believed that there’s a reason why this happened.