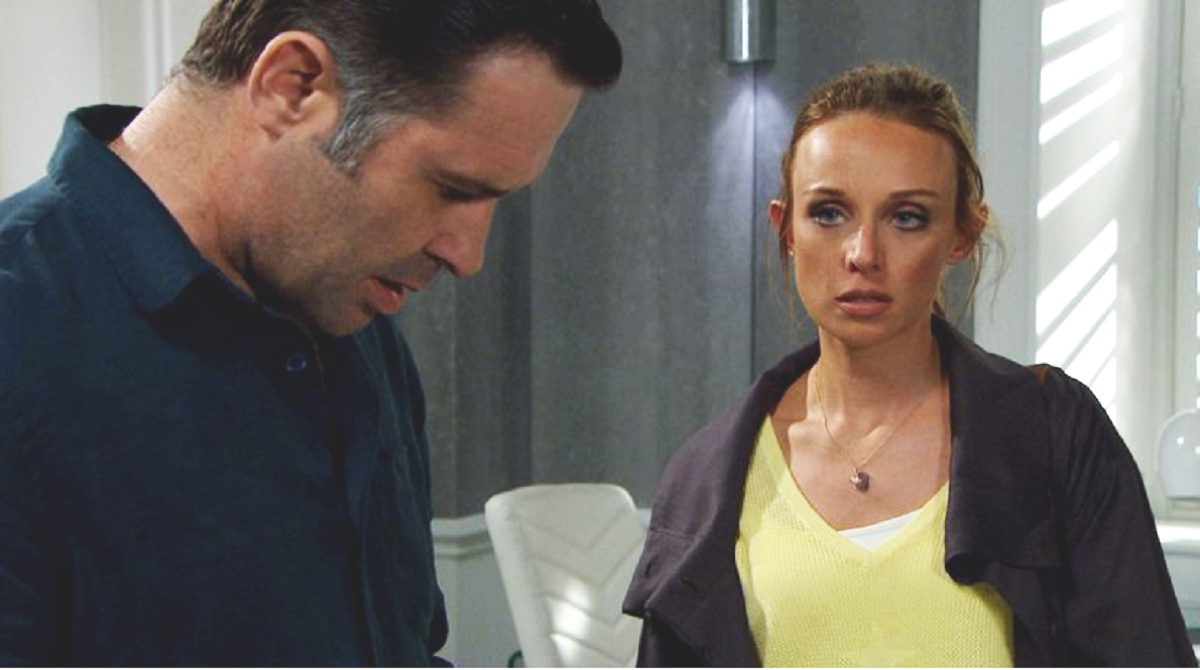 In a recent interview with the Daily Star, the actress said: “Andrea does not know and they haven’t told me who the daddy is. I can’t wait to discover how it all plays out.”

Nightingale revealed that Millie’s paternity mystery storyline started after Mille got injured at the stables. The young child got knocked over by a horse named Blaze, which Jamie Tate (Alexander Lincoln) was riding when the accident happened.

Her daughter was rushed to the hospital and while she’s filling out the consent form and Graham Foster (Andrew Scarborough) noticed that Millie’s date of birth matched the time when he had a one night stand with Andrea.

Emmerdale Spoilers: Harriet Won’t Give Up Her Romance With Will — Can They Make It Work?

Nightingale continued that Graham will confront Andrea about it. “Graham is going to start putting the pressure on because he’s convinced Millie is his daughter.”

The former military man will ask Andrea if he is Millie’s biological father, causing her to tear up, which could imply that his suspicions may be correct. Andrea will keep on dodging Graham’s question, which will force the latter to leave her an angry message to stop ignoring him. Andrea begs him to keep their one-night stand from Jamie, which she insists is the father of Millie.

Some Emmerdale fans believe that Kim Tate (Claire King) could murder her right-hand man Graham after he learns that he’s Millie’s biological dad. Viewers know that Kim can be ruthless. Some may even recall that she’s taken revenge on people who crossed her, even those who are near and dear to her.

One fan tweeted, “Kim Tate finds out that Graham is the father and her go-to kill he and Andrea and graham lost his job and his friend Kim Tate And Kim Tate have an Affair with will Taylor I hope so.”

TONIGHT: Graham has some more questions for Andrea… #Emmerdale pic.twitter.com/XOFN9estOm

However, there’s also one viewer who thinks Kim should be careful of her long-time friend and fixer’s darker side. “Haha, Kim will go bonkers lol, her precious Jamie being heartbroken by Graham! She wants to be careful though because I think if Graham turns her it will scare her! She needs him more than he does her. Yes, will be interesting viewing indeed!”

It’s still left to be seen who the real father of Millie is. Nobody knows what will happen since the show is keeping a tight lid on this storyline. As always, more detailed Spoilers and Breaking news will appear here on Hollywood Hiccups!