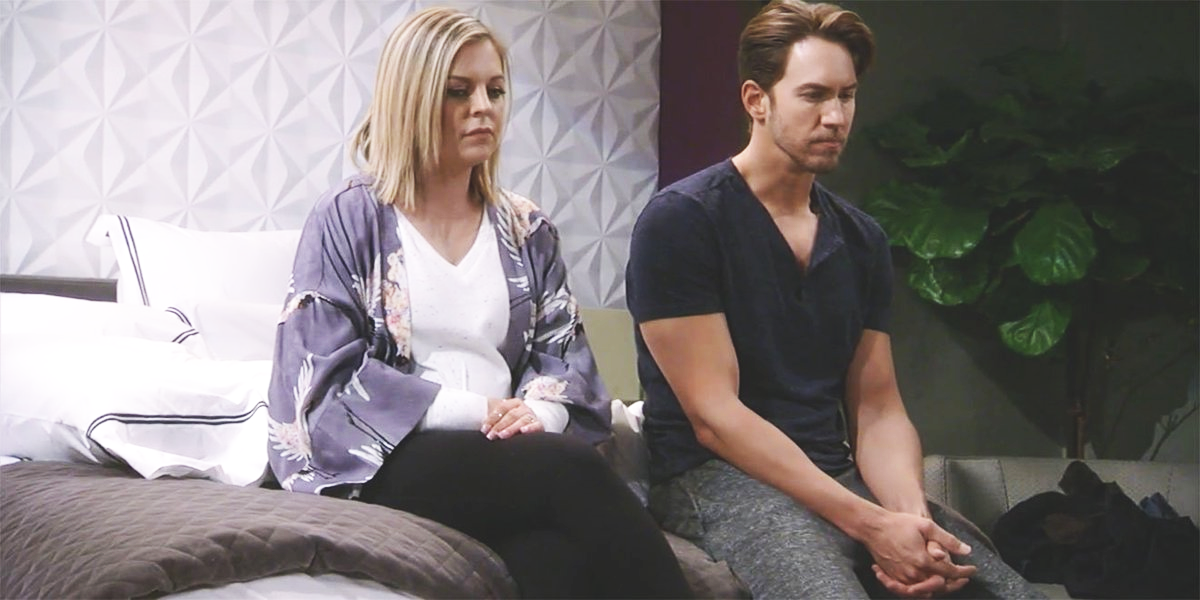 Everything seems to be perfect for Peter August (Wes Ramsey) and Maxie Jones (Kirsten Storms). They’re both in love and having the time of their life. But their happiness could be short-lived as Peter’s past and secrets come back to haunt him. Portrayers Ramsey and Storms tease that something big will rock the world of one of Port Charles’ couples.

In an exclusive interview with Soaps In Depth, Ramsey said his character has doubts about all the good things that are happening to his life. He’s found love with Maxie, he finally feels accepted, and is now considered part of the community. For the first time, he finally has everything he wants. But deep down he’s wondering if all these are too good to be true.

Meanwhile, Storms said her alter-ego is there to offer Peter her full support. She constantly reassures him that his past no longer matters and that he is a good man. The actress explained that Peter and Maxie are both complex individuals, which could be why they were drawn to each other.

“She sees him as a troubled soul, but she also sees a good person underneath all that. It was in her efforts to help him understand what a good person he is that she started to fall in love with him,” Storms explained.

Maxie may have come to terms with Peter’s part in Nathan’s (Ryan Paevey) death but that doesn’t mean she knows everything about him. Peter’s still hiding a lot of secrets, which could destroy his relationship with her.

Ramsey warned that: “Peter still has a dark, dangerous protective side to him. When tested and pushed in the right way — or the wrong way! — will that side come to the surface?”

“General Hospital” spoilers for October 4 reveal that Peter’s past will catch up to him. His secrets and lies will threaten to destroy the good life that he’s starting to build with Maxie.

Oh no, it looks like Peter will face some tough questions on Thursday's #GeneralHospital!#GHhttps://t.co/DdWAHY21kX

However, the woman he loves will find out about all the horrible things he’s been hiding. These may involve learning about his deception involving Helena Cassadine (Constance Towers) as well as the memory mapping project. He may also be tied to Drew Cain’s (Billy Miller) plane crash and Andre Maddox’s (Anthony Montgomery) near death experience.