General Hospital Spoilers: Is Curtis And Jordan’s Marriage In Jeopardy? 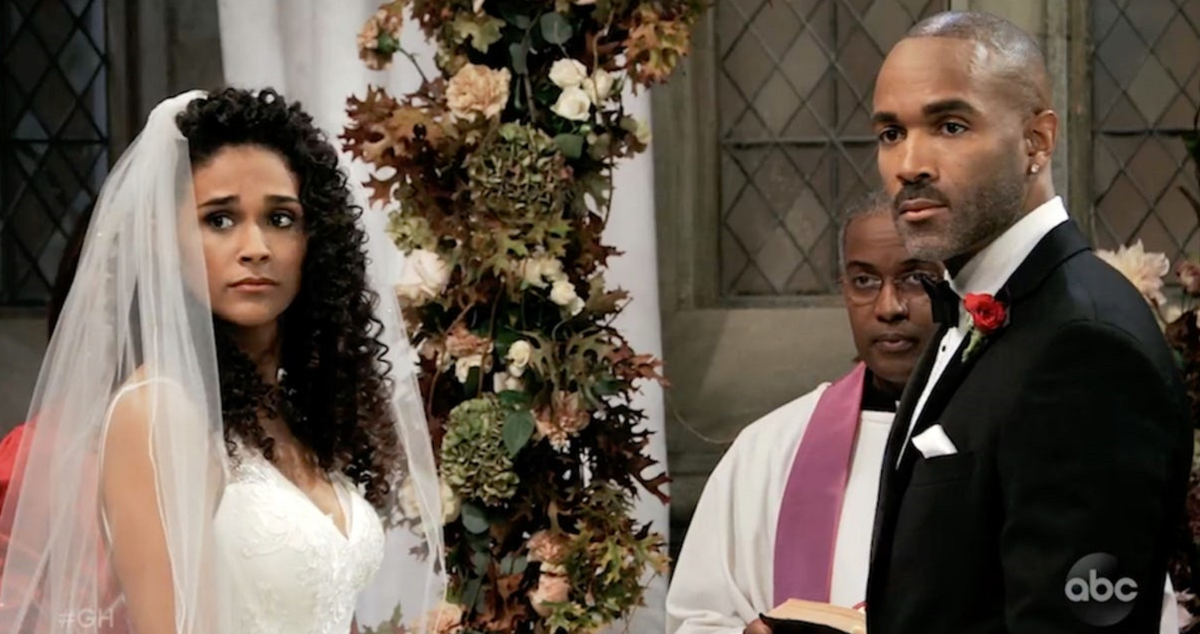 General Hospital (GH) spoilers indicate that Curtis (Donnell Turner) and Jordan’s (Briana Nicole Henry) marital bliss may be about to come to a screeching halt, as financial issues and concerns about Curtis’ job choices leave the two at a stand off. Will they be able to work through these issues or will there be no turning back?

Right now, the Ashford’s are facing quite a financial burden. Jordan was seriously injured last spring, and not only did that mean she was out of work for quite a long period of time, but the hospital bills for her time at General Hospital were staggering to say the least.

On top of all of that, Jordan’s son TJ (Tajh Bellow) is currently studying to be a doctor, and his tuition cost is extensive. Both Drew (Billy Miller) and Nina (Cynthia Watros) have offered to pay Jordan’s medical bills, but the Ashfords turned them down flat. In addition, TJ offered to drop out of medical school, but Jordan insisted he continue his studies.

General Hospital Spoilers – Expenses Have Taken Their Toll On The Pair

Jordan and Curtis have been trying to cut costs where they can, but the pressure of all these expenses has taken their toll. So much so that Curtis recently took an ethically murky position working as the head of security of Aurora Media, but was really hired by Valentin (Jon Patrick Stuart) as a double agent to find out what Jax (Ingo Rademacher) is up to.

He was not only getting paid at Aurora, but was also collecting payments from Valentine. Jordan, the police commissioner was concerned about the ethics and legality of such an act, but it didn’t matter anyway because Curtis was found out fairly quickly.

This wasn’t the first time Jordan wasn’t comfortable with Curtis’ ethics. Curtis, with the help of several other Port Charles residents, managed to secure Jordan a kidney she desperately needed for a transplant by basically stealing it from Ryan (Jon Lindstom).

Jordan eventually figured out what happened, and although grateful to be alive, was not comfortable at all with the way the organ was acquired. This became all to apparent when the couple visited Ryan in prison.

If Curtis continues to cross ethical boundaries, Jordan may at some point have had enough. It would be awful for both of them if she ended up having to arrest Curtis for some slightly shady move. Curtis, for his part, is just trying to protect his family. Can these two get back on financial track and avoid Curtis having to compromise his morals and ethics?

Are these two strong enough to overcome obstacles like this or will they eventually be torn apart? There is no doubt these two love each other, so hopefully they can work these things out. General Hospital is full of love stories so stay tuned to GH weekdays on ABC and see if love can truly conquer all!