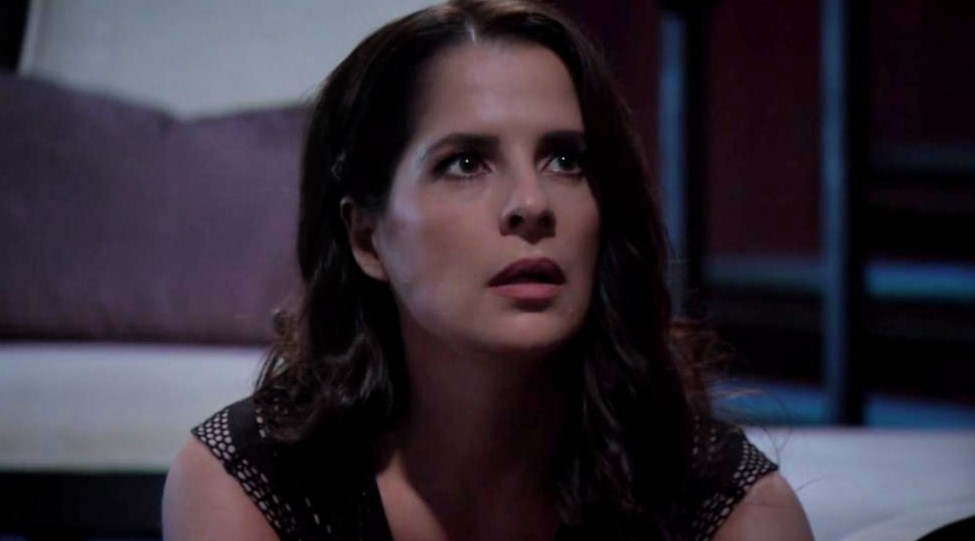 General Hospital spoilers tease that there is going to be huge trouble ahead for Sam McCall (Kelly Monaco) and Jason Morgan (Steve Burton). But it’s not like they haven’t dealt with their fair share of twists and turns in the past before, right? However, this time around it might be a little different. Here’s what you need to know.

General Hospital Spoilers: Sam McCall And Jason Morgan Are About To Rock The Boat

Sam and Jason are about to rock the boat. But this time around, it’s not what you think. They surely are not rocking the boat in bed. It all kicks off during the Monday, September 23rd episode when Sam is forced to rush to the Haunted Star. Given the boat’s history (which of course includes a party pleading for forgiveness from Franco and also the place where Kiki Jerome took her last breath) Sam has every reason to be worried.

By Tuesday, September 24th, Jason will have a hard time reaching Sam. He will fast realize that she hasn’t gone on the yacht for a pleasure trip. Instead, she might be desperately trying to fight for her life. And yes, that’s exactly what fan will find out once the Wednesday, September 25th episode comes around. Sam is trapped!

While no one knows what is exactly going on or how the heck Sam found herself in this situation to begin with, it will all become apparent when Jason will give his statement to the Port Charles Police Department by the Friday, September 27th episode.

Meanwhile, there’s a lot of speculation that Sam and Jason will be giving their love another shot in the coming weeks. It’s something these two crazy kids have been going back and forth with for years now. This time around it might be a little different. Or at least, that’s what fans are hoping for. There are only so many times that Jason Morgan can save Sam McCall and her life before she realizes that yes, he is the man for her. C’mon, Sam! It’s time to give the man the chance that he has been waiting for. Needless to say, General Hospital fans will have to tune in to find out what will happen next!