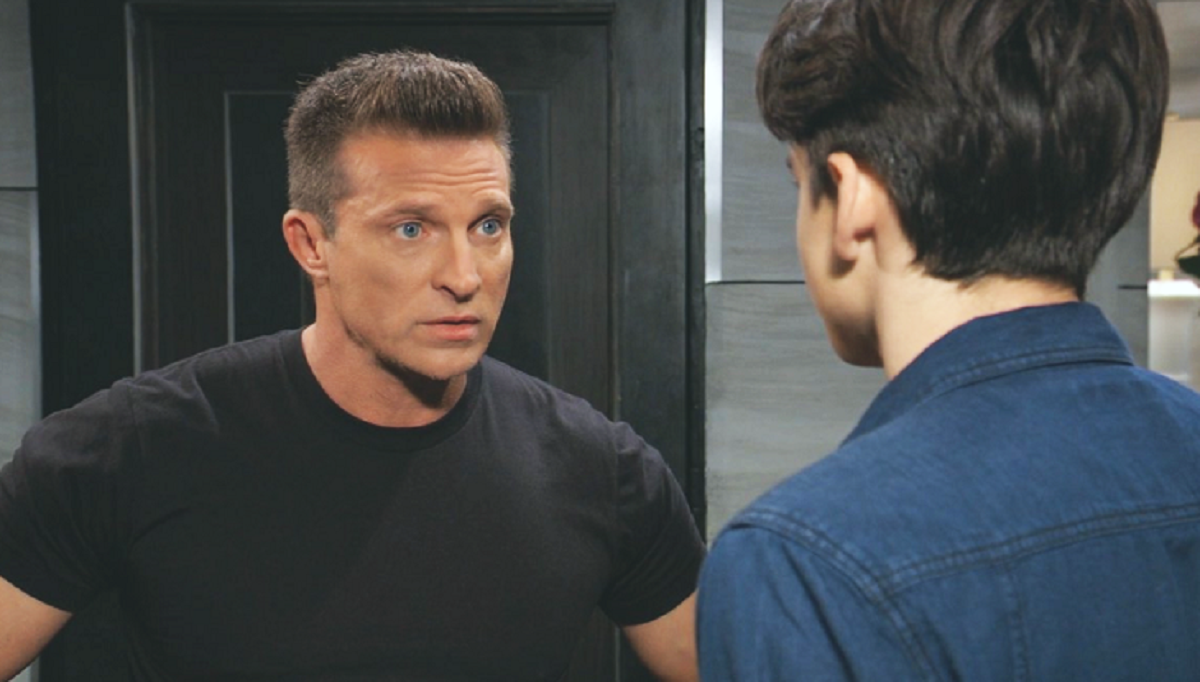 General Hospital spoilers tease that Jason Morgan (Steve Burton) will question Dev Cerci (Ashton Arbab) about the mayhem that took place aboard the Haunted Star, and exactly what he saw and heard regarding Shiloh Archer (Coby Ryan McLaughlin) and Sam McCall (Kelly Monaco) who he had trapped aboard the ship!

As General Hospital viewers will recall, Dev had hidden out on the Haunted Star while running away from home, trying to get to Port Stanley, Canada and didn’t know that Shiloh was hiding out there too.

Dev managed to get a call out to Jason’s phone, which Sam had because she was going to take it home and charge it back up, but rushed to the Haunted Star to help Dev, so it was never charged. Sam was eventually able to talk Shiloh into releasing Dev and Wiley Cooper-Jones (Erik and Theodore Olson). Then Jason was on his way and encountered them on the docks.

General Hospital Spoilers – A Flare Gun Could Do Some Serious Damage

In the General Hospital preview video, a gun that looked like a flare gun was fired, but Dev and Wiley were off the ship by that time. Even though Dev wasn’t able to save Sam, he was still a hero for being the first one to notify that Shiloh was on the Haunted Star, when he called Sam and told her he needed Jason.

Even a flare gun could have done some serious damage to Shiloh – especially at close range! The outcome may have been different had Sam been able to call Jason but the phone was dead by that time. Plus, she was focused on saving Dev and Wiley, who was in his car seat in the back of Bobbie Spencer’s (Jacklyn Zeman) car when Shiloh pulled her over disguised as a cop and then stole it.

However, in the little time that Dev was conscious before Shiloh knocked him out, he could have overheard phone calls made from Shiloh to Peter August (Wes Ramsey) and others that may contain valuable information for Jason and the PCPD to put together the puzzle. Dev knows enough to listen and remember information. While he was in Turkey he was a valuable asset to the WSB.

The Shiloh nightmare will have come to an end, with Sam having been rescued. But other General Hospital spoilers tease that Detective Harrison Chase (Josh Swickard) will bring a stretcher to General Hospital after rushing to the docks.

Jason may be questioning Dev, since the teen may be uncomfortable around police, no matter how friendly they are. When someone grows up on the streets and has been a thief and a pickpocket for a living, the police may not be easy to trust out of habit.