General Hospital Spoilers: Kim Teetering On The Edge As She Loses Both ‘Drew’ And Julian 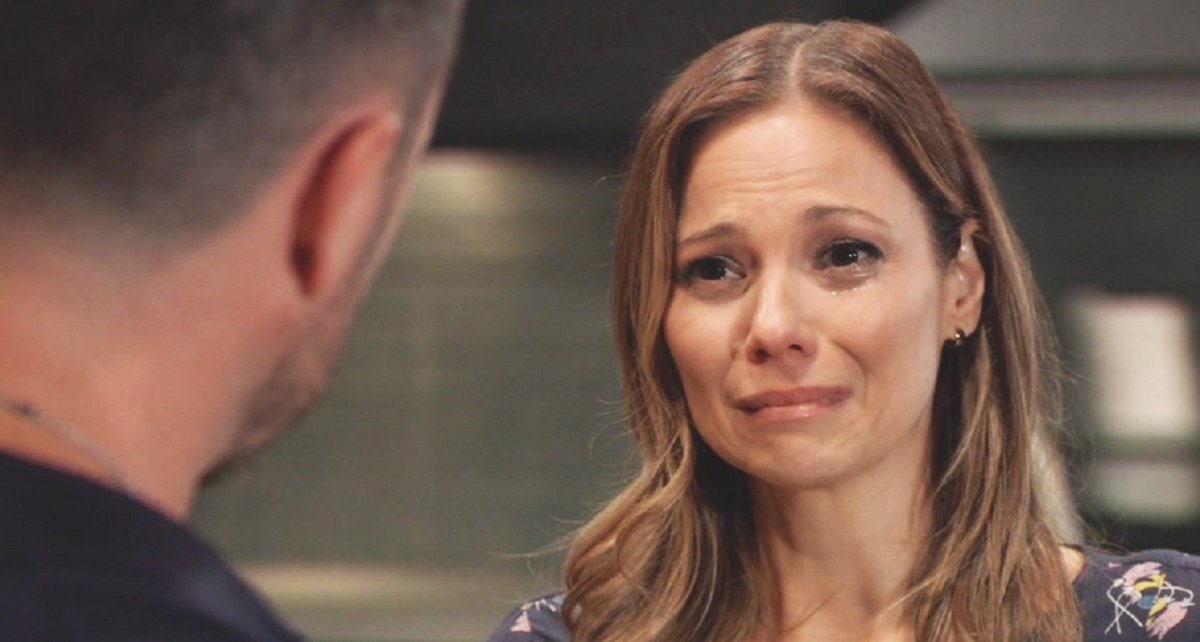 General Hospital (GH) spoilers tease that Kim Nero (Tamara Braun) is about to lose what little grip she has left on sanity. She has been dangerously teetering on the edge the past few months ever since her son Oscar died. She choices and actions have grown increasingly more bizarre her most recent blunder will leave her alone and without a support system, and that will lead Kim to become more and more unstable.

Now she has lost both “Drew Cain” (Roger Howarth) and Julian Jerome(William DeVry) on the same day! Kim thought she was running away with “Drew” who isn’t real, it’s just his memories implanted in the happily married Franco.

But instead of realizing that the Drew that she has connected is just a ghost that won’t be here for long, she allowed herself to be seduced by him. If Franco were in the right mind, he never would have slept with Kim and she is well aware of that. All she did was sleep with the husband of her supposed good friend Liz Baldwin (Rebecca Herbst).

But perhaps even worse, at the same time by sleeping with fake Drew and agreeing to run away with him, she proved to Julian exactly how little she cared for him. Julian has done everything he could to stand by Kim, going as far as to prepare to leave his friends and family and start a new life with her in Manhattan.

But by choosing to run away with Drew instead, that’s all over now. And with Franco on a 48-hour hold, it looks like Liz has a chance to get him to undergo the procedure so that Franco can come back. It really seemed like Liz got through to him on Monday’s episode.

Now that she has done her best to rid herself of the last of her support system, But one thing Kim has wanted above all else is another baby. And its quite possible will either become pregnant or think that she is. And she will pin all of her hopes on having it!

But General Hospital spoilers say that either Kim isn’t really pregnant or will sadly have a miscarriage. And this loss will be one thing breaks any last ties to the reality that Kim has held on to. And this will be when Kim realizes the only thing that she has left is a quest for revenge.

Blaming Liz and her boys, especially Cameron Webber (William Lipton), for taking away Drew so look for her to make it her mission to destroy them. She will want Liz to feel as bad as she does. but instead of going after Liz she will most likely set her eyes on Cameron. After all, this also started when Kim lost Oscar, so its only fitting that Kim begins by somehow destroying Cameron. So he may find himself in ever more danger.

Are we witnessing the final shred of sanity about to leave Kim? Are you excited to Kim go in this direction? Or would you just prefer her to go away? Only time will tell how it will play out, but you can be sure Tamara Braun will bring it! She should be having some incredible moments on the screen. You can watch it happen daily by catching General Hospital every weekday on ABC.