The Bold And The Beautiful Spoilers: Monday, September 30 – Shauna Offers Her Support To Ridge – Thomas Wants To Get Rid Of Brooke For Good 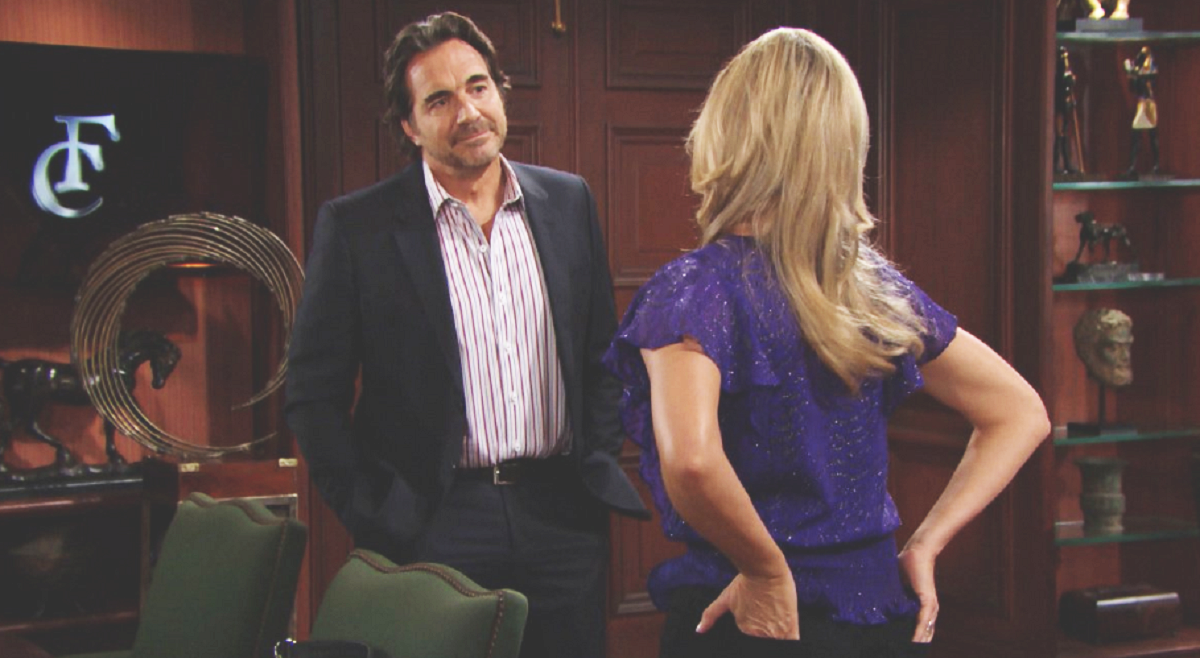 The Bold and the Beautiful (B&B) spoilers for Monday, September 30, tease that Shauna Fulton (Denise Richards) will offer her full support to Ridge Forrester (Thorsten Kaye). As B&B viewers know, Shauna came to Forrester Creations to see Ridge, ostensibly to see how he was doing. She’s got a huge crush on Ridge, and as she recently told her daughter Flo Fulton (Katrina Bowden), she’d love to have a future relationship with him.

Well, on Monday’s episode of B&B, Shauna and Ridge will continue their talk. Conversation between the two is easy, and Ridge feels like he can open up to Shauna regarding the issues surrounding his son, Thomas Forrester (Matthew Atkinson).

Ridge and Shauna share something important – their children have done some terrible things, yet they still want to protect and nurture them. Ridge knows that Shauna understands his need to be a dad to Thomas, while all Brooke Forrester (Katherine Kelly Lang) wants to do is harp on the horrible things Thomas has done.

Bold And The Beautiful Spoilers – Ridge Forrester Appreciates The Gesture

Look for Shauna to tell Ridge that she’ll always be there for him when Brooke can’t be. We’ll see how Ridge reacts to that sentiment. He might balk a bit, given that he’s a married man, but another side of him might really appreciate Shauna’s gesture. At any rate, Shauna will make her feelings and her intentions known.

The Bold And The Beautiful Spoilers: Brooke Learns About Ridge’s Secret — Shauna’s Scheme Gets More Sinister

Meanwhile, on Monday’s new episode of B&B, Thomas will be feeling angry. As B&B viewers know, he’s just had a huge fight with Brooke at the mansion. Thomas told Brooke that he was tired of her influence in his father’s life, and he basically proclaimed that he was back, that he was going to reclaim custody of Douglas Forrester (Henry Joseph Samiri), and that he wasn’t just going to sit back and let her come between him and his family.

After the fight, Thomas will decide that enough is enough and that he’s not going to be shut out of his own family by a Logan. According to B&B spoilers, Thomas will formally declare war on Brooke and the Logans, and he’ll vow to find a way to rid his family of the Logans for good.

Well, it seems that Thomas will get some information on Monday’s B&B episode that will help him in his newfound endeavor to eliminate Brooke from his family’s lives. B&B viewers will recall that Thomas’ friend Vinny Walker (Joe LoCicero) has just learned something very interesting about Ridge. Vinny was at Bikini Bar when he struck up a conversation with Danny the bartender (Keith Carlos). Danny let it be known that Ridge spent the night with another woman recently – and that the woman was Shauna!

Of course, that prompted Vinny to text Thomas, and it seems that Thomas will learn this valuable intel on Monday’s episode. It will certainly play right into Thomas’ hand since he knows that Brooke would be livid if she knew that Ridge spent the night with Shauna.

It’s certainly information that would serve to drive a wedge between Brooke and Ridge if it were to come to light. Indeed, ongoing B&B spoilers indicate that Thomas will make sure that Brooke learns about Ridge’s night with Shauna, with explosive results! Be sure to tune in on Monday to catch up on everything happening on B&B right now. Check Hollywood Hiccups often for updates, news, rumors, and spoilers!