The Bold and the Beautiful Spoilers: Sally Takes A Chance On Love – Wyatt’s Rebound Proposal 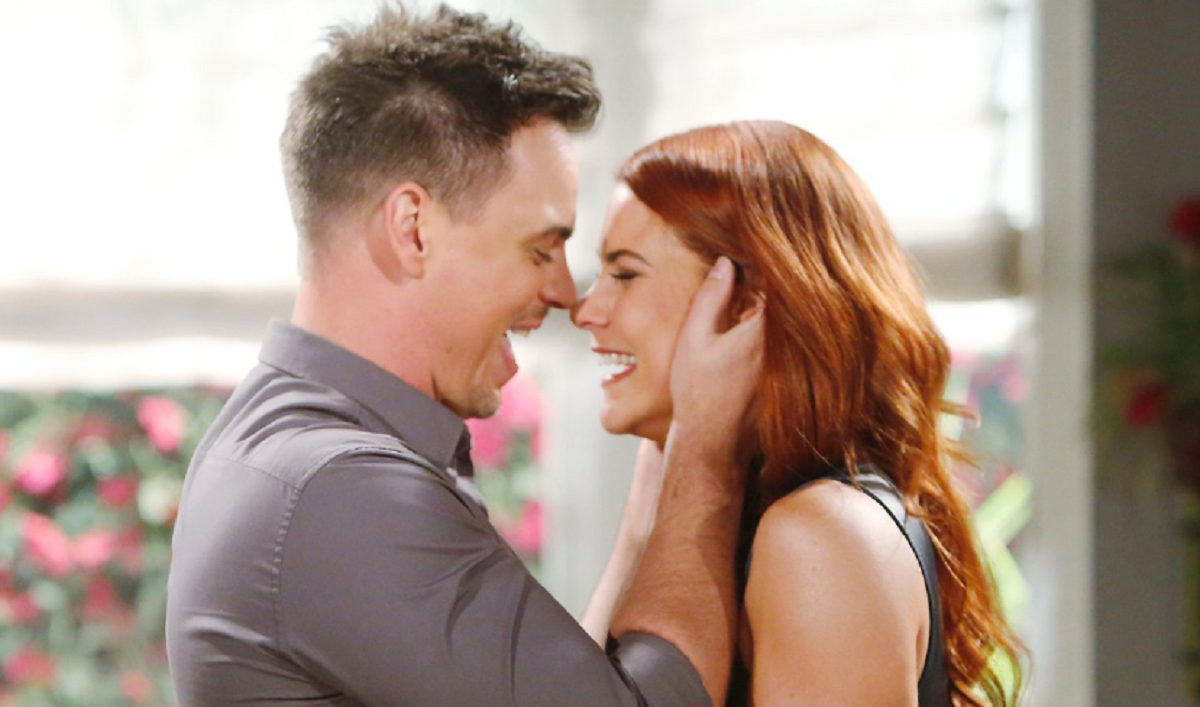 Sally Spectra (Courtney Hope) loves Wyatt Spencer (Darin Brooks) on The Bold and the Beautiful. He feels the same, which arguably is the secondary reason why the ‘Wally’ proposal was offered.

Wyatt’s marriage proposal to Sally seemed to happen in response to something else. Flo Fulton (Katrina Bowden) told Wyatt that she knew he was the man for her. That provoked a rebound reaction which saw Brooks’ highly engaging character take the bended-knee position at his pleasant beachfront home.

‘Wally’ can work as a married couple. But this assumes the couple makes it to the altar.

Would every woman take back every man who dumped her, for highly questionable reasons no less? Hardly. But that’s just another reason why Sally’s love for Wyatt isn’t something that he’s taking for granted.

Wyatt was ashamed that he had to go back to Sally and inform her of Flo’s incredible duplicity. That’s also why he begged her forgiveness. Sally’s instant grant of it reaffirmed her love.

Hope’s endearing character (officially Sally Spectra II) is the living embodiment of B&B’s original character, Sally Spectra (as played by Darlene Conley), who was Sally II’s great aunt. Like the lady referenced, Sally is real. That quality sets her apart from Flo.

There’s no question that Sally and Flo are equally smart and vivacious. But Sally has it all over Flo when it comes to trust, which Wyatt has often referenced as a character trait he strongly values.

Flo’s amazing series of lies brought misery to the lives of many people Wyatt cares about, including his brother, Liam Spencer (Scott Clifton). The Beth Spencer (Madeline Valdez and River Davidson) sale was only possible because Flo agreed to pose as the newborn’s birth mother. That allowed Reese Buckingham (Wayne Brady) to push his ruse to Taylor Hayes (Hunter Tylo), who paid for the private adoption Steffy Forrester (Jacqueline MacInnes Wood) felt fortunate to realize at that time.

In retrospect, Wyatt realizes that Sally’s hold-back of Thomas Forrester’s (Matthew Atkinson) plan to split ‘Lope’ paled in contrast to what Flo was later arrested and jailed for doing. Miss Fulton’s immunity deal allowed her record to be wiped, resulting in a surprise visit to Wyatt and re-pledge of her love.

Bold And The Beautiful Spoilers – Quick Nuptials Should Block Nostalgia

Sally told Wyatt she would marry him. Knowing that he allowed Flo to sway his emotions earlier this year, Sally would seem likely to want ‘Wally’s’ nuptials to happen sooner rather than later.

Wyatt is ready to arrive at the altar whenever Sally tells him to do so. But B&B’s writing staff doesn’t seem likely to allow Flo to be written out of this triangle without another attempt at playing off the past.