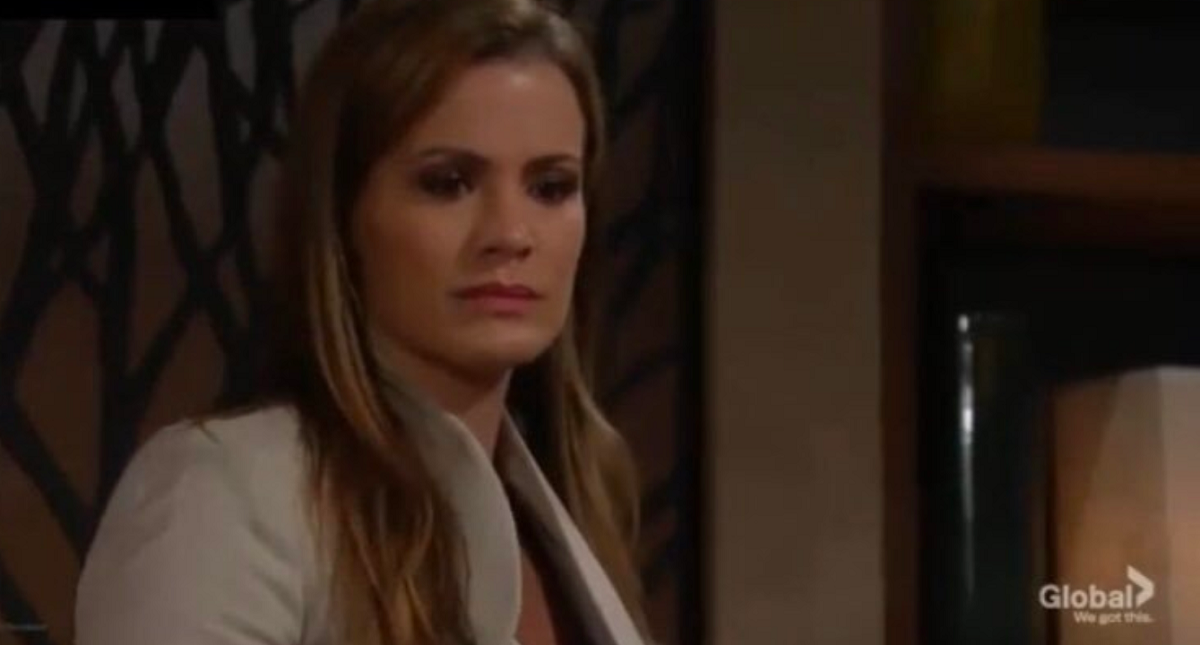 The Young and the Restless (Y&R) spoilers tease that Chelsea Newman (Melissa Claire Egan) will be up to her con-artist ways during the week of September 30. She will ask Kevin Fisher (Greg Rikaart) to help her hide her husband’s money, and it could land him in a heap of trouble.

It all starts when Chelsea asks Chloe Mitchell (Elizabeth Hendrickson) to be her marketing director at the Grand Phoenix.  Of course, Chloe accepts the offer and she says that whatever she needs Kevin to do for her, he will do – no questions asked. However, they will regret that decision after Chelsea’s request puts them in a tight spot. Here’s what you need to know about what’s coming up on Y&R.

Chelsea will offer her former best friend, Chloe a job at the hotel. She will insist that she wants them to start over.  And, then, she drops the bombshell that she needs Kevin’s assistance with something, and it might not be COMPLETELY legal.

The Young and the Restless spoilers state that Chelsea will explain to Kevin that she used a huge chunk of cash to buy into the hotel. Now, she is worried that she could be left with no money soon.

According to CBS Soaps In Depth, Kevin is perplexed on why she would think that as he understands it her husband left her with a huge stash of cash.  What Chelsea reveals next will stun Chloe and Kevin.

Kevin asks Chelsea what she needs him to do.  Chelsea explains that she isn’t sure how her husband earned his money and she is growing scared that it was through shady means.  So, instead of waiting for someone to come and take it from her, she wants to hide it from anyone that could be after his millions.

The Young and the Restless Spoilers: Adam Meets His Match: And He’s Not A Ghost! https://t.co/Pi6MSPezbg pic.twitter.com/Qi9zi3mjsT

And, Chelsea points out, that she needs Kevin to launder his money so she can use it without being traced. She needs to lead a much more wholesome life.

The question is, will Kevin risk his new job at the police department and his new life in Genoa City to help Chelsea?   We’ll have to wait to see how it all plays out.  Most Y&R fans think that Kevin and Chloe will pitch in and do whatever they have to help her.