The Young And The Restless Spoilers For Monday, Sept. 30: Cane Scores Billions in New Will – Nick’s Victor Confession Infuriates Chelsea 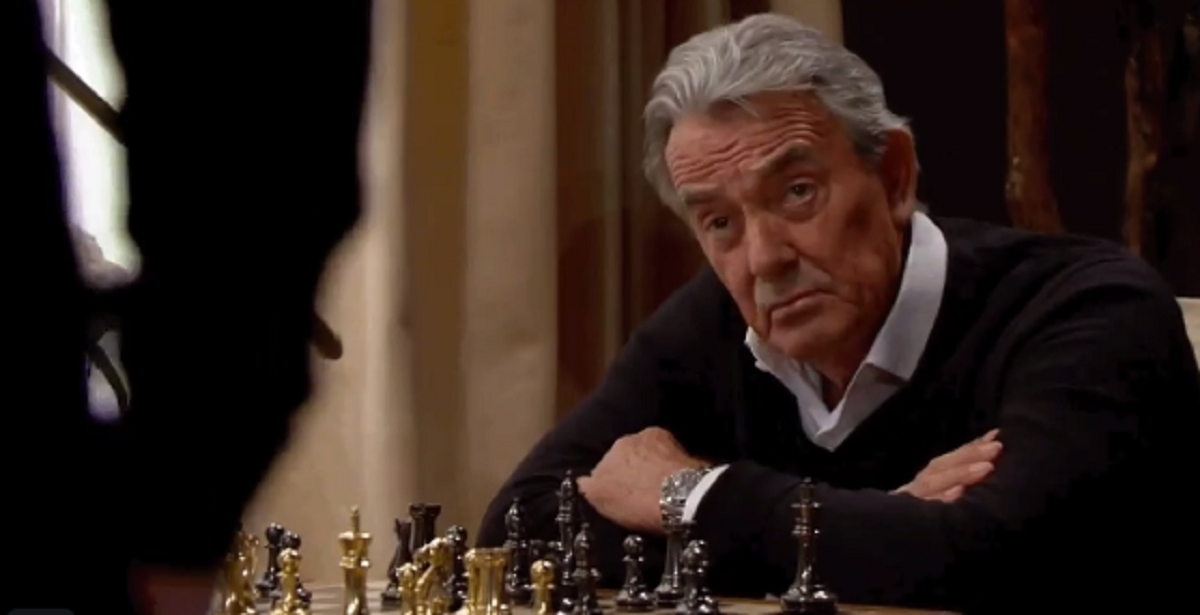 The Young and the Restless (Y&R) spoilers for Monday, September 30, tease that Chelsea Newman (Melissa Claire Egan) will have some updates for Nick Newman (Joshua Morrow). At home, Chelsea admits Connor Newman (Judah Mackey) is heartbroken over Adam Newman’s (Mark Grossman) decision to leave town. Nick thinks Adam’s running from what he did, but Chelsea starts going on and on about Nick’s grief. He eventually blurts out that his father’s alive and explains the trap they set for Adam.

Chelsea’s floored and furious over the news of Victor Newman’s (Eric Braeden) faked death. She views this as a twisted need for revenge and insists the charade cost Connor his dad. At the ranch, Victor’s curious how Adam learned he was alive. Adam doesn’t give any details, so talk turns to the pill swap. Victor asks if Adam intended to kill him and admits he hoped this scheme would help his son find his humanity.

Adam wonders if his siblings had that motive or if they just wanted him to make a mistake and land in jail. The conversation shifts to Adam nearly getting run down on route 7. Adam still blames Victor, but Vic maintains he wasn’t responsible. They bicker about whether there’s still hope for reconciliation.

Adam feels like he saw his own true colors throughout this nightmare. He acts on his worst impulses and that’s who he is. Adam dismisses Victor’s protests about Connor. He doesn’t think he deserves to be in the boy’s life. Victor doesn’t want to give up on Adam finding his way back, but Adam contends that it’s not possible. He wants to let go and move on; there’s nothing left now.

Adam confesses that he could never be the man Victor wanted. He always craved respect perhaps even more than love. Victor and Adam both get emotional before Adam takes off. Nikki Newman (Melody Thomas Scott) finds Victor soon after to tip him off to Michael Baldwin’s (Christian LeBlanc) arrival.

At the coffeehouse, Jill Abbott (Jess Walton) meets up with Cane Ashby (Daniel Goddard) and mentions all the drama surrounding Katherine Chancellor’s (Jeanne Cooper) will. She doesn’t want anyone damaging Katherine’s memory. Cane ultimately decides to attend the new will reading with Jill, so they head to Devon Hamilton’s (Bryton James) penthouse.

Meanwhile, Devon reassures Elena Dawson (Brytni Sarpy) as she frets about not being able to make the meeting. He’s got Brittany Hodges (Lauren Woodland) on his side in this fight against Amanda Sinclair (Mishael Morgan). They’re both hopeful that they can put all this chaos behind them soon.

At Society, Nate Hastings (Sean Dominic) spots Amanda and takes the opportunity to grill her. He asks why Amanda’s messing with the people he cares about. Nate’s certain somebody had to know Amanda looked just like Hilary Hamilton (Mishael Morgan). She gives a familiar speech about her qualifications and tries to deflect by pointing out Nate let Victor die. Nate calls her out on her trying to avoid the real issue.

Soon after, Amanda gets on the phone with someone to discuss the paperwork she received. She isn’t happy since she doesn’t like surprises. Back with Nate, he fills Elena in on his latest Amanda encounter and listens to her worries. Elena hates that this lookalike thing has stirred up trouble for Devon again.

At Devon’s place, Brittany lets him know she’s prepared. She’s apologetic since this reminds him of when Neil Winters’ (Kristoff St. John) will was read. Once Amanda arrives, Brittany gets into an argument with her. Cane and Jill also take a minute to gawk over Amanda’s appearance.

After Jill gives Amanda a piece of her mind, Amanda produces the new will pages. She contends that these are the real ones and they’ll be authenticated. Amanda reads aloud that the bulk of Katherine’s fortune, which adds up to $2 billion, $475 million, was left to Cane.

The Young and the Restless spoilers say this shocker will bring even more mayhem, so don’t miss all the action. We’ll keep you posted as other Y&R details and rumors emerge. Stay tuned to see what’s ahead on the CBS soap.