Days Of Our Lives Rumor: Will Nicole Ask Kristen To Help Her Steal Sarah’s Baby? 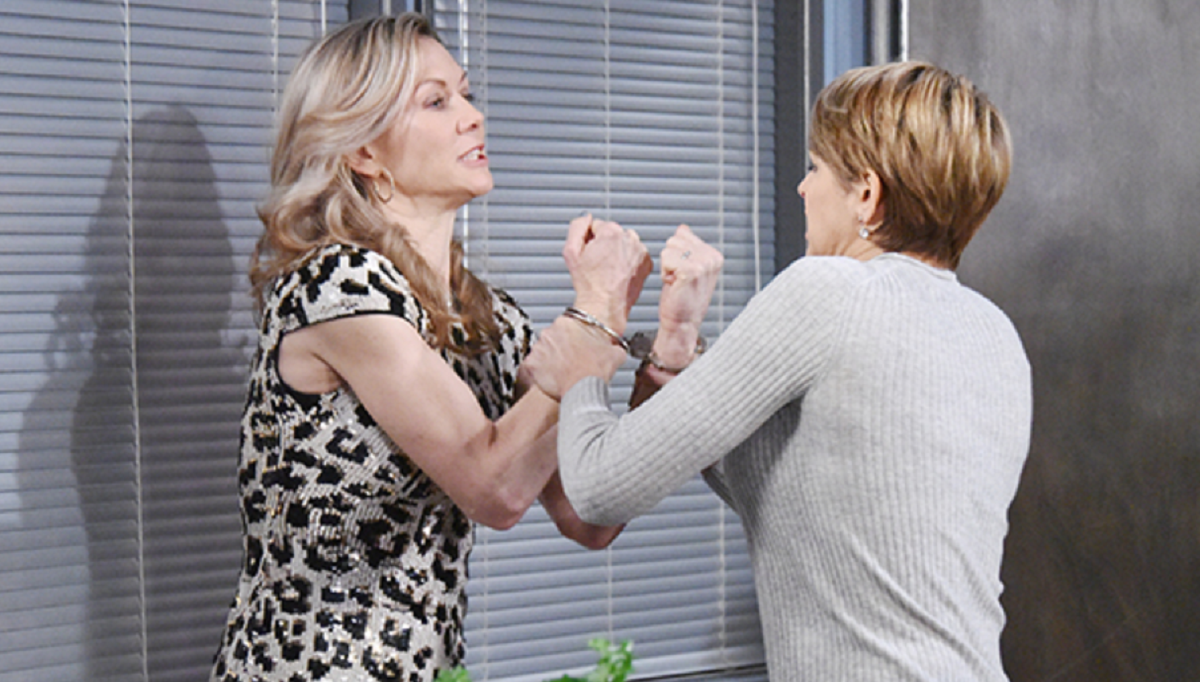 Days of Our Lives Sarah Horton (Linsey Godfrey) is pregnant with Eric Brady’s (Greg Vaughan) baby. Kristen DiMera (Stacy Haiduk) had plans to steal the baby and pass it off as her own. Now that Kristen doesn’t need the baby, will she steal it for Nicole Walker (Arianne Zucker)?

Days of Our Lives Kristen owes Nicole for helping her pull off the scheme to take over Nicole’s life. Nicole also doesn’t want to lose Eric. She isn’t likely to want Eric to know about that baby. With the baby on the way and all the talk about Eric being a father, could Days writers be setting it up for Nicole to take the child?

Kristen could easily tell Nicole she did it to save the baby’s life and offer the child to Nicole. Would Nicole accept the child if she did? Would Nicole enter a deal with the devil for the child?

Days of Our Lives Nicole has stolen a child before so why would this be any different. Nicole could approach Sarah to let her and Eric adopt the baby once it is born and Sarah could turn her down. If Sarah says no, Nicole could be persuaded to take the baby by force like she did Sydney DiMera (Isabelle and Sahara Roberts).

Nicole allowed Sami Brady (Alison Sweeney) to grieve for a child that wasn’t hers while she kept Sydney from her mother. Could Nicole go back to her evil ways to make sure Eric has his child?

Could Nicole carry the child to term if she did take it? She has had very bad luck with babies and it would not be safe to try. However, that hasn’t stopped Nicole in the past.

If Days of Our Lives Nicole does this, could Eric forgive her if the truth comes out or would that be the end of their relationship? Although Eric loves Nicole, he also cares for Sarah. Would Eric stand by and let Nicole take Sarah’s baby and not get upset?

Could Eric accept Nicole stealing his child at all? How would Eric find out the truth if it did occur? Soap babies often need blood from the other parent and Baby Brady could have Sarah’s blood type instead of Nicole’s. At some point, the truth would inevitably come out.

Secrets have a way of coming out in Salem and this one would too. However, when would we find out if it did happen? With the time jump being written in, this baby could be two or three before the truth came out, if not older. Only time will tell how Days writers choose to handle this situation. We’ll give you updates as other Days news and rumors emerge. Stick with DOOL and don’t forget to check back often for the latest Days of Our Lives spoilers, rumors, updates, and news.