Days Of Our Lives Spoilers: Is Dr. Rolf Working To Bring Back Princess Gina? 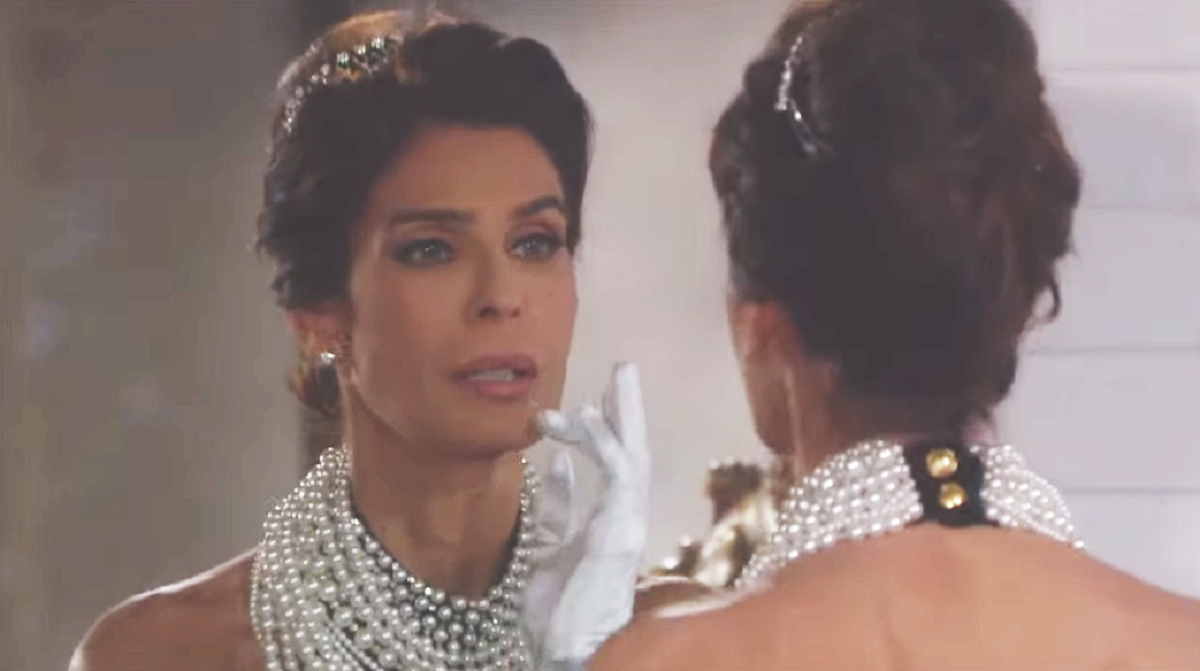 Days of Our Lives spoilers tease that Dr. Rolf (William Utay) has a pet project that he needs the lab at University Hospital in order to accomplish. Is this somehow tied to the return of Princess Gina (Kristian Alfonso)?

As viewers saw in NBC’s fall promo, the Princess seems to be to returning in some fashion. Of course it is entirely possible that it’s a fake out and Gina is just for the Halloween episode, the same as in previous years,

In recent Halloween special episodes, Princess Gina has returned. She was as evil as ever in these episodes and murdered poor Rafe (Galen Gering). Luckily, these returns have just been nightmares and hasn’t returned in reality, yet.

So it could very well be that when we saw Princess Gina in the fall promo, that she will appear in the Halloween episode and that’s all there is to it. But there has been a hint that there might be more to it this time.

Eagle-eyed viewers will recall that Dr. Rolf ran into Hope (also Kristian Alfonso) that he seemed to take a special interest in seeing her again. Hope noticed that the mad doctor was overly nice, but with everything with Julie’s (Susan Seathford Hayes) Hope didn’t think anything of it.

But what if seeing Hope inspired Rolf to bring back Gina again? What if Rolf’s special project that he keeps mentioning is just that?

At one point, the Princess Gina was activated by a microchip implanted in Hope’s brain. It was activated by a satellite. The Gina persona was totally in control, similar to Abigail’s bout with DID only this wasn’t caused caused by a severe emotional trauma, but done by external forces. It is definitely within Dr. Rolf’s wheelhouse to duplicate that process somehow, allowing him to activate Gina without the chip or a satellite. Hope might have to be in a highly emotional state which Julie’s medical crisis certainly provides.

Hope hasn’t had a very good year. Her short lived marriage to Rafe ended when their communication issues became an obstacle they couldn’t overcome. Hope was also fired as Police Commissioner. And now, she faces the real possibility that Julie won’t survive if a new heart isn’t found. All of these together might just make her to Rolf’s nefarious plan. And if Gina comes back, that could spell for all of Salem!

Is Princess Gina just returning for Halloween or is something more long-term in the work? If so, what kind of trouble will Rolf and Gina cause? In Salem, the strange and unusual happens occurs regular so anything is within the realm of possibilities. The best way to find out what happens next is to keep watching Days of Our Lives, airing weekdays on NBC.