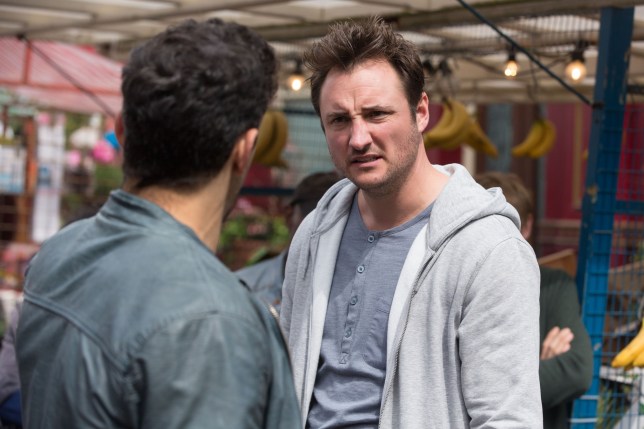 Martin Fowler (James Bye) is set to return to Walford, “EastEnders” confirmed. The week of October 7 will be devastating for Martin as he heads home following Bex Fowler’s (Jasmine Armfield) attempt to commit suicide. There will be tension between him and Sonia Fowler (Natalie Cassidy), not to mention his problem with Ben Mitchell (Max Bowden).

Viewers may recall that Martin left town after the brutal attack of Phil Mitchell (Steve McFadden) that almost killed him. It all started when things got heated between Phil and Kat Moon (Jessie Wallace). Things turned violent between them at The Arches and Martin stepped in to protect Kat.

However, Phil turned to Martin and the latter punched Phil after he made a cruel remark about Stacey Fowler (Lacey Turner). Things started to get out of hand and Phil ended up strangling Martin. Stacey saw what was happening and tried to help Martin by hitting Phil from behind with a wrench.

Stacey and Martin left town as instructed by Ben, while the latter tried to frame Keanu Taylor (Danny Walters) for Phil’s attack. Stacey left town just as her portrayer goes on maternity leave. Therefore, viewers won’t be seeing her for quite some time. But the same thing can’t be said about Martin. His break was only for a short while.

Next week on “EastEnders,” Bex will be part of a major storyline wherein she tries to take her own life. The teenager has been troubled in recent months, and she’ll continue to struggle in upcoming episodes. Lisa Fowler (Lucy Benjamin) will try to talk to her, but she just can’t get through to Bex.

Bex will continue to keep to herself, not telling anyone about what she really feels. Things will become too much to handle for her, and she’ll try to commit suicide. But after the incident, Bex realizes she has a problem and starts to ask for help.

“EastEnders” is working with Samaritans to make sure that the upcoming storyline is handled sensitively.

Lorna Fraser of Samaritans said Bex’s storyline shows what happens when people who struggle to cope don’t seek help. It also highlights the need to start talking to the person whom you believe may be struggling.

“If you are worried about someone it’s alright to ask if they’re OK. For some it can be a huge relief to know that someone’s spotted they may be going through a difficult time,” she explained.

She noted that suicide rates have increased in England and Wales in 2018 especially among women under 25 years old. She stressed the importance of understanding what can be done to prevent this.