The Bold and the Beautiful Spoilers: Bridge Split Opens The Door For Shauna To Move In On Brooke’s Man 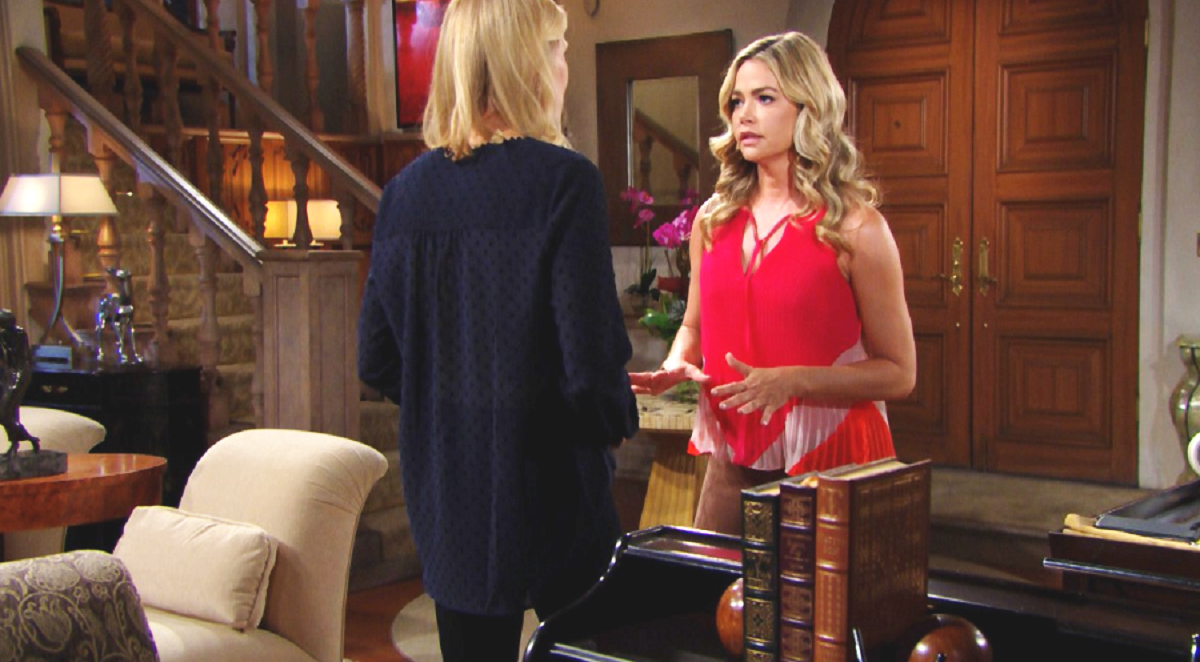 Shauna Fulton (Denise Richards) is crushing hard on ‘The Bold and the Beautiful’. She’s increasingly enamored with Ridge Forrester (Thorsten Kaye) because he chose not to fight her daughter’s immunity deal.

Ridge made that choice so that his son, Thomas Forrester (Matthew Atkinson), could avoid legal pressure, or jail. Shauna is choosing to believe that part of Ridge’s decision had to do with him having a soft spot for the Fulton’s.

While Flo Fulton (Katrina Bowden) understandably believes that her mother’s wishes will go nowhere, viewers see a plot path otherwise. Yes, the potential of a ‘Rauna’, or ‘Shidge’ if one prefers, coupling now exists.

Brooke Logan Forrester (Katherine Kelly Lang) hasn’t been told the truth. Ridge acknowledged Thomas’ wrong-doing in withholding what he knew about Beth Spencer (Madeline Valdez and River Davidson). But he never told Brooke the details of what Thomas did to Emma Barber (Nia Sioux) on Mulholland Drive.

That’s because Thomas’ admitted tailgating caused her death. Then, his bad Samaritan behavior after the crash ensured that Emma was denied help.

Lang’s iconic character has gone into full protective mode already, often citing her need to look out for Hope Forrester (Annika Noelle) and Douglas Forrester (Henry Joseph Samiri). So just imagine how Brooke will react and then respond when she learns about Emma’s true fate.

Shauna told Ridge that she would never tell Brooke about what happened on the second floor room at Bikini Bar. Nothing romantic took place on Ridge’s part, Shauna’s kiss while he was passed out notwithstanding.

Richards funky and likable character could stick to her promise, but Brooke could still learn the truth in any number of ways. Yes, soap secrets always seem to be exposed and often are revealed at the most inopportune times. Depending upon each character’s perspective, this secret could be exposed at an opportune time, meaning one that trends in Shauna’s favor.

Assume Brooke and Ridge have another verbal battle, as they’ve had so many times before. Surely another Ridge-Shauna encounter could lead to impulse outcomes.

All had been rather smooth in Bridgeville in recent months. That’s not what daytime drama is meant for. Now, with the Beth-Phoebe matter climax passed, B&B can focus the storyline on the next split between Brooke and Ridge.

Though the couple wouldn’t necessarily have to crumble as Ridge and Shauna grow closer to each other. This could play out slowly through the fall and into winter.

Shauna is written into Ridge’s path on various occasions and he doesn’t dismiss her. Each one serving as an opportunity to rile Brooke, which would please Shauna and cause Ridge to repeatedly explain himself.