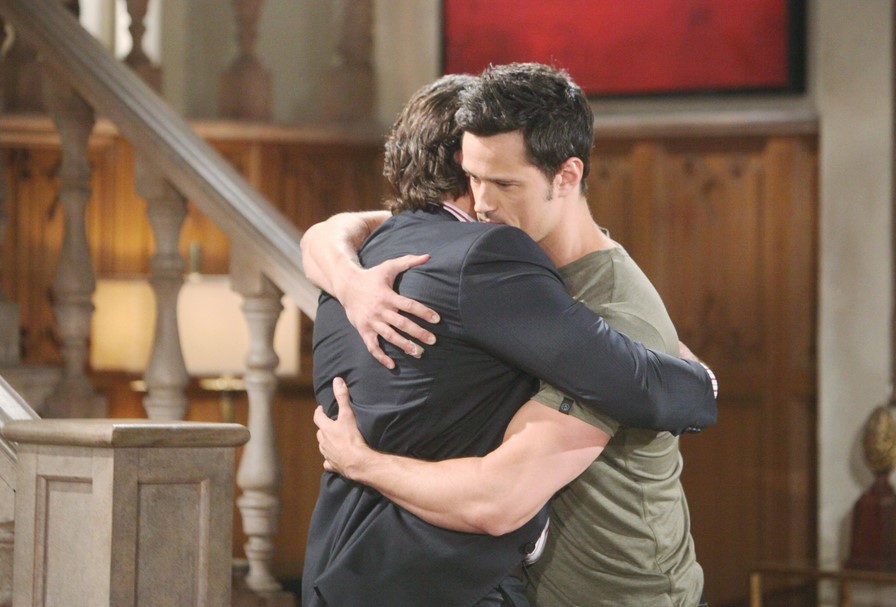 The Bold and the Beautiful (B&B) spoilers for the week of Monday, September 30 through Friday, October 4, 2019 reveal the Logan family really needs to watch their back as Thomas Forrester (Matthew Atkinson) has learned an explosive secret about one of them. Danny Woodburn (Keith Carlos) has already let it slip to Vincent “Vinny” Walker (Joe LoCicero) that Ridge Forrester (Thorsten Kaye) spent the night with Shauna Fulton (Denise Richards) and of course now Thomas knows.

B&B source tease that Thomas is going to draw the line in the sand and war is declared against his least favorite family in Los Angeles – the Logan family! He goes to the Bikini Bar to see Vinny and as views of the CBS daytime drama know, Thomas knows just how to manipulate his friends, forcing Danny to tell his stepmother, Brooke Logan Forrester (Katherine Kelly Lang) what transpired between his father and Ms. Fulton.

The Bold And The Beautiful Spoilers: Monday, September 30 – Shauna Offers Her Support To Ridge – Thomas Wants To Get Rid Of Brooke For Good

Bill Spencer (Don Diamont), who normally has no problem causing problems for his arch nemesis Ridge goes to see Shauna and orders her to stay away from the Logan women, especially since Katie Logan (Heather Tom) is gravely ill and in desperate need of a kidney.

Shauna confesses that she kissed Ridge while he was passed out drink. Meanwhile, a devastated and furious Brooke confronts her husband about what happened between him and Shauna that night. How much will Ridge reveal as he has learned the beautiful blond as been nothing but a great friend and support to him ever since the truth came out about Thomas’ involvement with the baby swapping and what he did to Hope Logan (Annika Noelle)?

The Bold and the Beautiful spoilers show Thomas is not done with Shauna as he wants her to become a team with him and help him break up his father and Brooke for good. Meanwhile, Thomas should maybe be focusing more on his home life because Hope is determined to protect his son, Douglas Forrester (Henry Joseph Samiri) from him, and has enlisted the help of Liam Spencer (Scott Clifton) to make it happen.

In other B&B spoilers, Ridge is determined to make things right and make amends when it comes to his relationship with his children Thomas and Steffy Forrester (Jacqueline MacInnes Wood), but is it possible after all the destructiveness that happened recently? Katie and Bill share a very important moment with their son, Will Spencer (Finnegan George) just before her doctor – Dr Davis (Tisha Campbell) arrives with some news about her kidney donation. Florence “Flo” Fulton (Katrina Bowden) gets some rather shocking news; will this affect Wyatt Spencer (Darin Brooks) and his newly reunited relationship with Sally Spectra (Courtney Hope)?

Be sure to tune into CBS’ The Bold and the Beautiful (B&B) on Monday, September 30, 2019 to catch up on all these exciting stories and so much more. Check Hollywood Hiccups often for updates, news, rumors and spoilers!