Days Of Our Lives Spoilers: DiMera Enterprises Shake-Up – Gabi And Chad Run The Company Together? 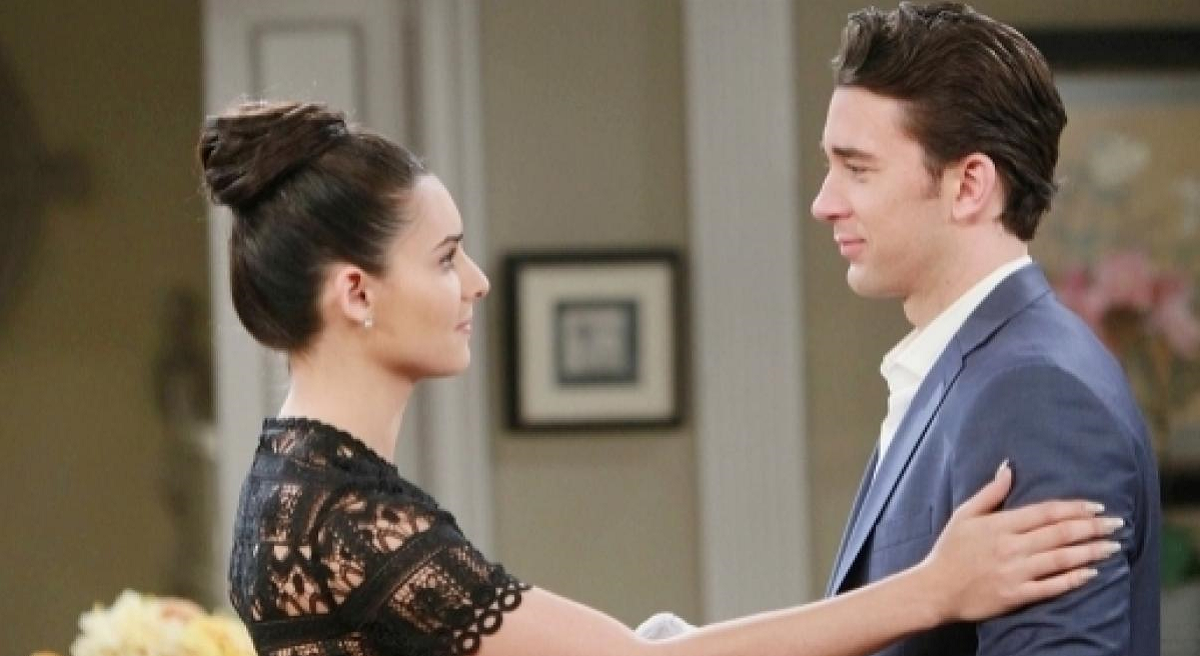 Days of Our Lives (DOOL) spoilers tease that DiMera Enterprise leadership will once again change hands. After Stefan DiMera (Brandon Barash) was falsely accused of kidnapping and murder, the board of Dimera Enterprises removed Stefan from the CEO position.

Gabi DiMera (Camilla Banus) and Kristen DiMera (Stacey Haiduk), who was impersonating Nicole Walker (Arianne Zucker) at the time, vied for the position, which eventually went to Gabi. But that lasted only briefly, with the board more confident in Kate Roberts (Lauren Koslow) that Kate would be a better fit. But it appears even that wasn’t meant to last.

Unfortunately, Kate was shot by Vivian (Robin Strasser) and is currently fighting for her life at University Hospital. She is currently only kept alive by machines and its possible that she may not be alive much longer.

Even if Kate does survive this ordeal, her recovery is more than likely to be lengthy. She probably won’t be well enough to do much of anything, let alone run a huge company. So the logical would be to bring Stefan back since he was innocent of all charges against him.

But it seems as though Stefan will soon no longer be around. Days of Our Lives spoilers have indicated that Stefan will soon also be hospitalized, but unlike Kate, he will not survive. If this comes to pass, who will run DiMera?

With all CEO changing hands so quickly and often, the leadership desperately needs stability before stockholders further lose confidence and the company tanks. Gabi will almost certainly want another shot to honor Stefan’s memory, but the board will not think her experienced to do it alone.

While it’s been confirmed that Chad DiMera (Billy Flynn) and Abigail DiMera (Kate Mansi) are returning to Salem, the circumstances that bring them back haven’t been revealed. Being CEO again would be most logical choice but the board might require him to do in tandem with tandem with Gabi.

Gabi Chic has been the most profitable division of DiMera recently so a partnership might be the boards way of the stability of a strong experienced CEO like Chad combined with the fresh ideas that Gabi brings to the table. But with all the bad blood recently between Chad, Abigail and Gabi this is likely to be a powder keg waiting to explode!

Will the board convince Chad to return and work with Gabi? How will Abigail react to this? With so many strong personalities involved, it most certainly won’t be boring. Anything can happen with these three so continue watching Days of Our Lives weekdays on NBC to watch it all unfold!