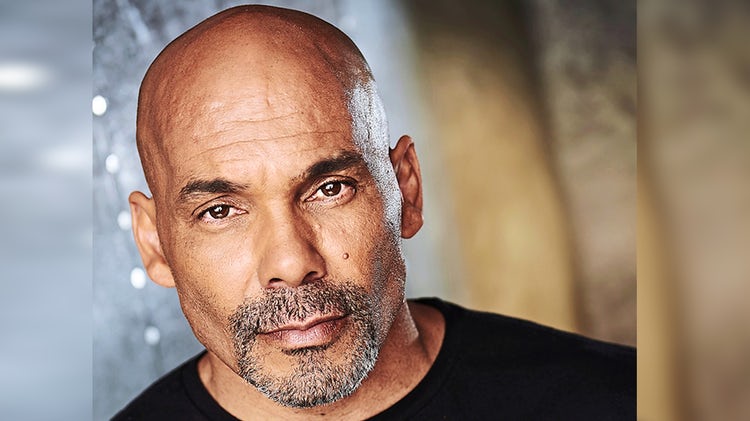 “General Hospital’s” Réal Andrews is a soap vet, an entrepreneur, fitness/nutrition coat, and a motivational speaker. But there’s more to his story that just being successful. He’s gone through a lot of struggles and that includes dealing with bipolar disorder.

Viewers may recall him playing his roles on “Days of Our Lives,” “All My Children,” “As The World Turns,” and “Santa Barbara.” In “General Hospital,” he played Detective Marcus Target.

General Hospital News – Andrews Decided To Stop For A While

There was a time in his career when he had to step away from the spotlight. His father was diagnosed with Parkinson’s and when he passed away, his mother got sick. He recalled at that time that his mind was just wasn’t in it.

He supported his parents and while doing that he started a few businesses, became a health coach, and a motivational speaker. However, it wasn’t all smooth sailing for Andrews. He had his own health problems. He had three hip surgeries, and suffered chronic pain for four years, which led to opioid and alcohol addiction.

General Hospital Spoilers & Recap For Thursday, Sept. 26 – Shiloh Is Dead — Laura Gets The Truth From Hayden

He’s fought hard and is now sober. His life is back on track, but he had something else to share.

Andrews said, “I was having crazy, dark thoughts. Then it hit me one day that for the first time in my life, I’m not masking it with drugs, alcohol or anything like that. It was right there in my face!”

So, he decided to see a doctor and that was when he found out that he had bipolar disorder. Andrews is now receiving the help he needs and is doing better than ever.

He wants his story to inspire others and encourage those who have a similar problem to ask for help. He wants them to know that they are not alone.

General Hospital Recap Thursday, September 26: A celebration is fast approaching – Laura and Maxie are suspicious – Jason and Sam are in danger https://t.co/VyhsCAZSvw pic.twitter.com/MlnqHGDbqf

“There’s a big difference between being depressed, sad or having a bad day and suffering from this sickness. When you don’t know where [those feelings] come from, you don’t know how to stop them,” he said.

Andrews is currently keeping himself busy with his role on “The Bay The Series” as Dr. Keith Campbell. But if given a chance, Andrews revealed that he wants to play as a villain. “I like to play heavies: bad guys and psychos. I’ve always been drawn to that,” he revealed.

Stick with the ABC soap and don’t forget to check back often for the latest General Hospital spoilers, rumors, updates, and news.