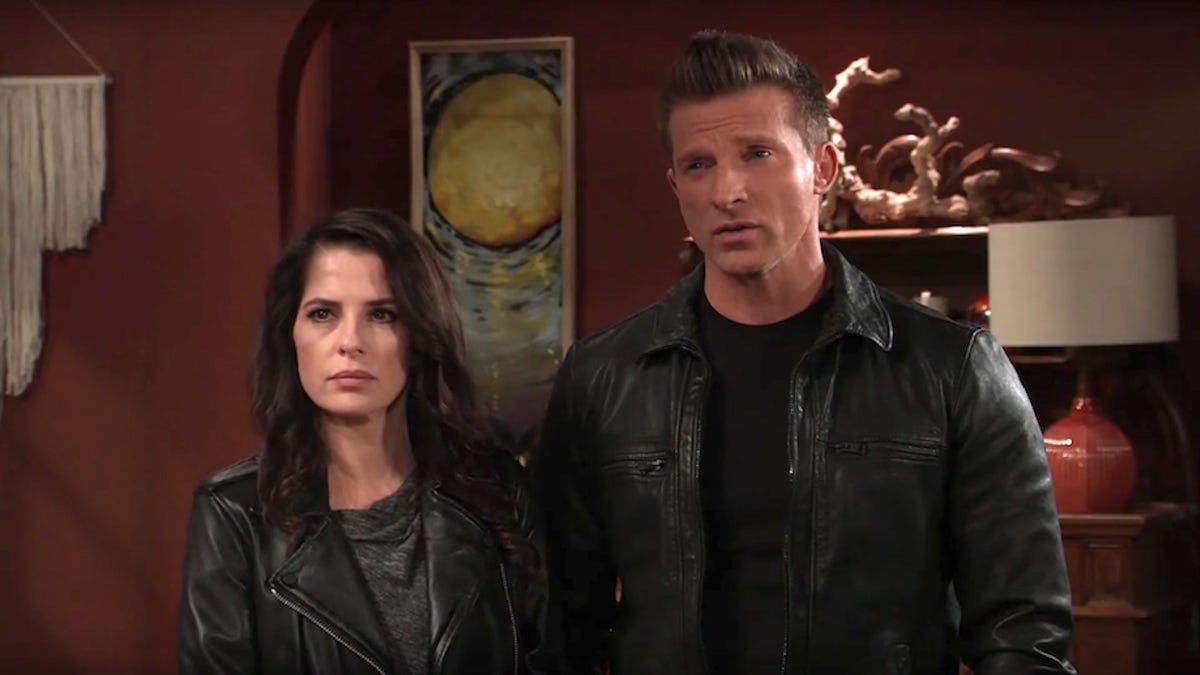 General Hospital spoilers tease that there are five key takeways that General Hospital fans need to look for in this week’s show, from Monday September 30 through Friday October 4.

The time has finally arrived, albeit two weeks early, for Baby Corinthos to be born! Sonny Corinthos (Maurice Benard) arrived in the nick of time to get Carly Corinthos (Laura Wright) to General Hospital after she went into premature labor in Friday, September 27th’s episode, and the drama continues this week as the baby, who was diagnosed through prenatal tests with spina bifida meningocele, a serious birth defect is delivered via c-section.

General Hospital fall previews tease that the baby will suffer a health crisis and it will be touch and go for the little one; all Sonny and Carly can do is wait! The Corinthos family will be severely tested by the birth and the aftermath, and may not survive intact!

Thanks to a “Dawnie” nurse, Sheri Anderson (Jerin Forgie) and her loyalty to the late Shiloh Archer, (Coby Ryan McLaughlin) Sam McCall (Kelly Monaco) is under arrest for Shiloh’s murder! Nurse Sheri stood outside the door of an examining room at General Hospital and eavesdropped on Jason Morgan (Steve Burton) and Sam’s conversation prior to bandaging Sam’s arm. She came to the PCPD in Friday, September 27th’s episode and gave some damaging testimony about what Sam told Jason about Shiloh.

Commissioner Jordan Ashford (Briana Nicole Henry) will be very insistent about what she was told, and will hold Sam in the PCPD jail; Attorney Diane Miller (Carolyn Hennesy) will ask for more details, while Jason will question Dev Cerci , (Ashton Arbab) who Sam had rushed to the Haunted Star to rescue, to tell him everything he remembers about Sam’s conversations and actions toward Shiloh. Meanwhile, Peter August (Wes Ramsey) will be uneasy about his secrets and wonder if they will come out in spite of Shiloh’s death.

The preparations for the wedding of Valentin Cassadine (James Patrick Stuart) and Nina Reeves (Cynthia Watros) continue, as Valentin surprises her with a romantic gesture and Maxie Jones (Kirsten Storms) makes final preparations. Lulu Spencer (Emme Rylan) will wait at the church at the end of the week, possibly with Charlotte Cassadine (Scarlett Hernandez) for a wedding rehearsal. Valentin will be suspicious, possibly that Sasha Gilmore (Sofia Mattsson) told someone she shouldn’t have about their secret; meanwhile, Nina remains blissfully ignorant.

The search for the codicil to Mikkos Cassadine’s (John Colicos) will continues, as Curtis Ashford (Donnell Turner) meets with Mayor Laura Collins (Genie Francis) for lunch. Thanks to Hayden Barnes (Rebecca Budig) spilling the beans in a recent GH episode, Laura now knows what they are looking for and they will likely discuss strategy and how Spencer Cassadine (Nicolas Bechtel) and his part in the Cassadine estate will be handled, should they find it and it does confirm Spencer as the true heir. Meanwhile, Laura’s husband, Kevin Collins (Jon Lindstrom), not being in the loop about Laura helping with an investigation, wonders if she has a secret agenda and then becomes inspired, possibly to follow her and find out what she’s up to!

The Frankendrew fallout continues as Julian Jerome (William DeVry) is heartbroken after his serious girlfriend, Kim Nero (Tamara Braun) confessed that she slept with Franco Baldwin (Roger Howarth) after deluding herself that he really is Drew Cain (Billy Miller) inside because of the memory transfer of pre-2012 Drew’s (Steve Burton) memories and personality into Franco’s brain!

Kim will make a promise, possibly to Franco to get him out of Shadybrook, where his wife Elizabeth Baldwin (Rebecca Herbst) has had him committed until Dr. Andre Maddox (Anthony Montgomery) is able to try to reverse the process and get Franco back in his own mind! Kim will also have a run-in with Dr. Terry Randolph (Cassandra James) this week, who is Elizabeth’s best friend going back to childhood.

That’s it for this week’s Five Key Takeaways From This Week’s General Hospital. Stay tuned to the show and keep checking General Hospital spoilers frequently for all the latest news, updates and developments!