The Bold And The Beautiful Spoilers: Wyatt And Flo Could Get Back Together – Will Quinn Get Her Way? 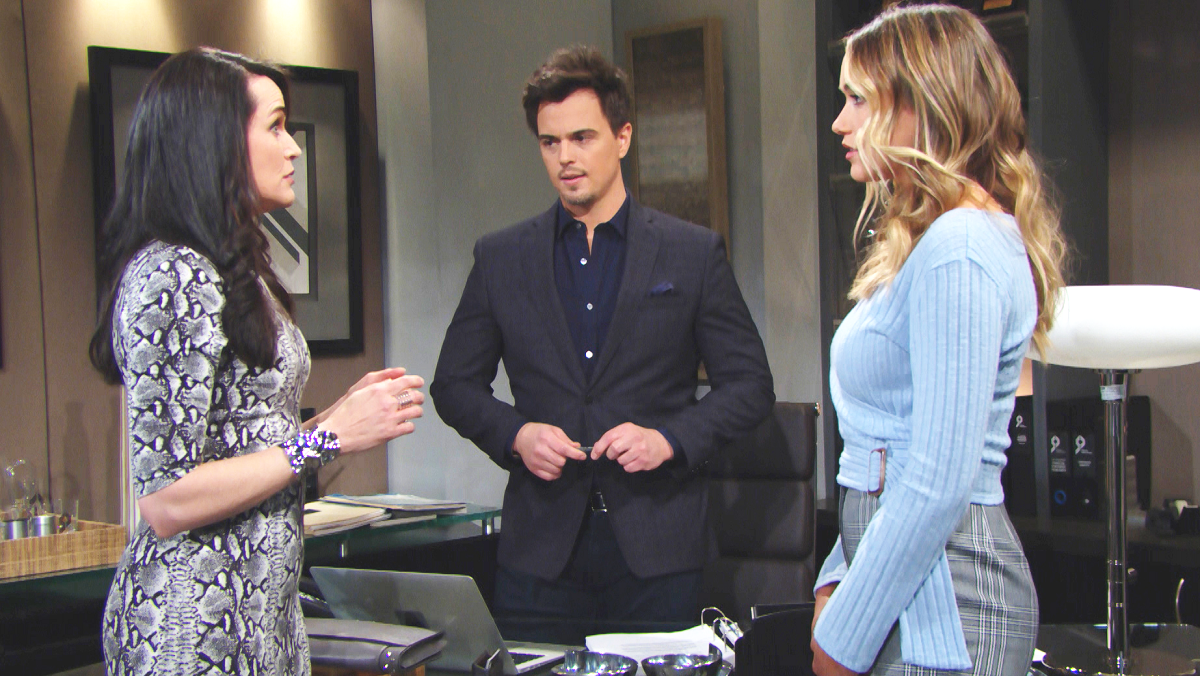 The Bold and the Beautiful spoilers suggest Quinn Forrester (Rena Sofer) might get her way. She is determined to get Wyatt Spencer (Darin Brooks) and Flo Fulton (Katrina Bowden) back together.

She completely lost her cool after she found out Wyatt proposed – not to Flo, but to Sally Spectra (Courtney Hope). Is it possible that Quinn could end up getting her way?

B&B spoilers teased that Wyatt would propose marriage to Sally. However, at the time, fans were not sure if Sally would accept or not. This is due to her wanting to take things slow and be cautious. She was hurt by Wyatt once before and didn’t want to get hurt again. Surprisingly, Sally said yes and now people are starting to find out about the engagement.

Sally went to the Bikini Bar to meet someone, only they had an emergency and left. Flo ended up working there when Sally was having her iced tea. Needless to say, the two women had an awkward talk.

This was when Flo found out about Wyatt’s proposal. Flo was shocked and actually said it doesn’t seem like something he would do. Now, fans are wondering if she will accept losing him forever or if Flo will come up with a plan to get him back.

The Bold and the Beautiful spoilers reveal Quinn finds out about Wyatt’s proposal. She is livid and really lays into him. She thinks Flo just made a mistake and that he needs to take her back.

Bold And The Beautiful Spoilers – Will Flo Fulton Get What She Wants?

However, he has made his decision — or has he? This is all happening very fast, maybe everything is going forward too quickly?

Only time will tell what will happen with this storyline. However, some fans have a theory. If Flo ends up being a match for Katie Logan’s (Heather Tom) kidneys, could that redeem her? If so, would that propel Wyatt to give her another shot? But where would that leave Sally and her already fragile heart?