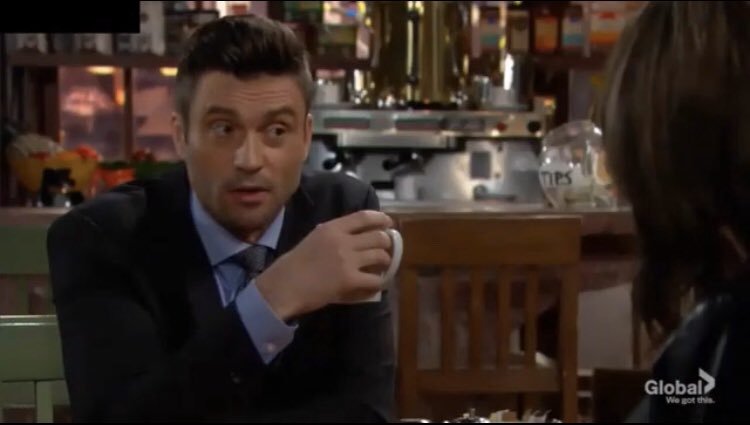 The Young and the Restless (Y&R) spoilers for the week of September 30 tease that Cane Ashby (Daniel Goddard) will arrive in town and he will cause drama right away. It all starts when he accompanies Jill Abbott (Jess Walton) to Devon Hamilton’s (Bryton James) penthouse for the will reading.

When the “real will” is read, Amanda Sinclair (Mishael Morgan) reveals that the real heir is Cane Ashby, not Devon. This will be a shocking scoop for all to learn and could lead to come difficult questions. Keep reading to find out what’s coming up on Y&R.

Nick Newman (Joshua Morrow) learns that his brother, Adam Newman (Mark Grossman) is planning on leaving town and never coming back. This is all because he believes that Victor Newman (Eric Braeden) was dead. Finally, Nick confesses that his dad isn’t dead and they lied to trap Adam.

The Young and the Restless spoilers state that Chelsea fumes. She cannot believe that Nick lied to her about something so important. Her son thinks Victor is dead and he is losing his father because if this lie.

Nick isn’t sorry because he feels it was necessary to get to Adam. Chelsea doesn’t like the situation. And, now, she isn’t sure how to explain it to her son. Nick offers to help, but she snaps he’s done enough.

Meanwhile, Chelsea will have an interesting job for Kevin Fisher (Greg Rikaart). After offering her former bestie, Chloe Mitchell (Elizabeth Hendrickson) a job at the hotel, she will ask Kevin to help her launder her dead husband’s millions. She will explain that she thinks he obtained it by shady means and she wants to make sure she doesn’t get caught up in the mess.

After learning that his dad faked his death to trap him, Victor begs Adam to stay in Genoa City so they can make things right. The Young and the Restless spoilers tease that Adam isn’t sure they can do that. He thinks that it’s just a way for him to make sure he goes to jail.

Victor assures his son that’s not the case. Adam cries that he never meant to kill him and he is so sorry for doubling his dosage. Y&R spoilers state that Victor will beg his son to stay in GC, but Adam disappears before giving him an answer. Will Adam leave GC or stay and face the Newman revenge?

It looks like Y&R has some exciting drama planned this week. Don’t forget t come back later for more The Young and the Restless (Y&R) spoilers, news, and casting updates!