Days of Our Lives Rumor: Is Someone Setting Jordan Ridgeway Up? 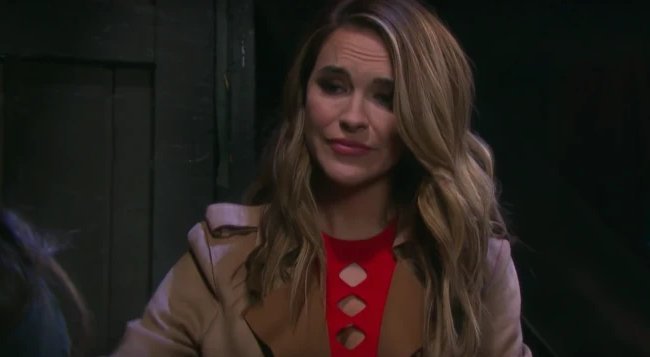 Days of Our Lives spoilers reveal Jordan Ridgeway’s (Chrishell Hartley) is causing a lot of anxiety for Salemites. While Ciara Brady (Victoria Konefal) will nearly get hit by a car, is Jordan really to blame? A few fans are speculating that the former physical therapist is being set up by someone far more dangerous.

According to the latest issue of Soap Opera Digest, next week will be tough for Ciara. After leaving Brady’s Pub, she nearly gets hit by a car. This prompts Ben Weston (Robert Scott Wilson) to automatically assume that the person behind the wheel was his sister.

Days of Our Lives spoilers tease that Ben and Ciara tell the police what happened. They decide to question Jordan about the events regarding the car. However, she denies everything and claims she has done nothing wrong.

Even though both fans and Salemites assume Jordan will try to kill Ciara again, perhaps we are jumping to conclusions. This seems a bit too clear-cut. As with most crimes on the soap opera, it is rarely the person that everyone thinks. It is possible that there might be a twist to this storyline, leading to the discovery that Jordan really had no plans to hurt Ciara.

DOOL Spoilers – Could Ben Weston Be Setting Up His Own Sister?

Jordan isn’t the only one with a history at Bayview. Not too long ago, Ben was released after killing three people. He even had a nickname — the Necktie Killer. Could all the stress from trying to prove he is better to have caused him to snap?

Right now, he does seem like the perfect boyfriend. Since there is no such thing as perfection, that could actually be a red flag. Plus, fans may recall that last time Ben killed, he didn’t actually remember doing anything wrong until the end. The same thing could happen all over again.

There is also the possibility that someone else is causing trouble in Salem. Even though Olivia Rose Keegan’s return as Claire Brady is for the Halloween episode, maybe her story is bigger than that. Maybe it isn’t Jordan everyone should be afraid of.

Be sure to tune in to catch up on everything happening on B&B right now. Come back here often for Days of Our Lives spoilers, updates, news, and rumors!