Days Of Our Lives Spoilers: Will Chad And Abby Return To Salem Because Chad Takes the DiMera CEO Position Back? 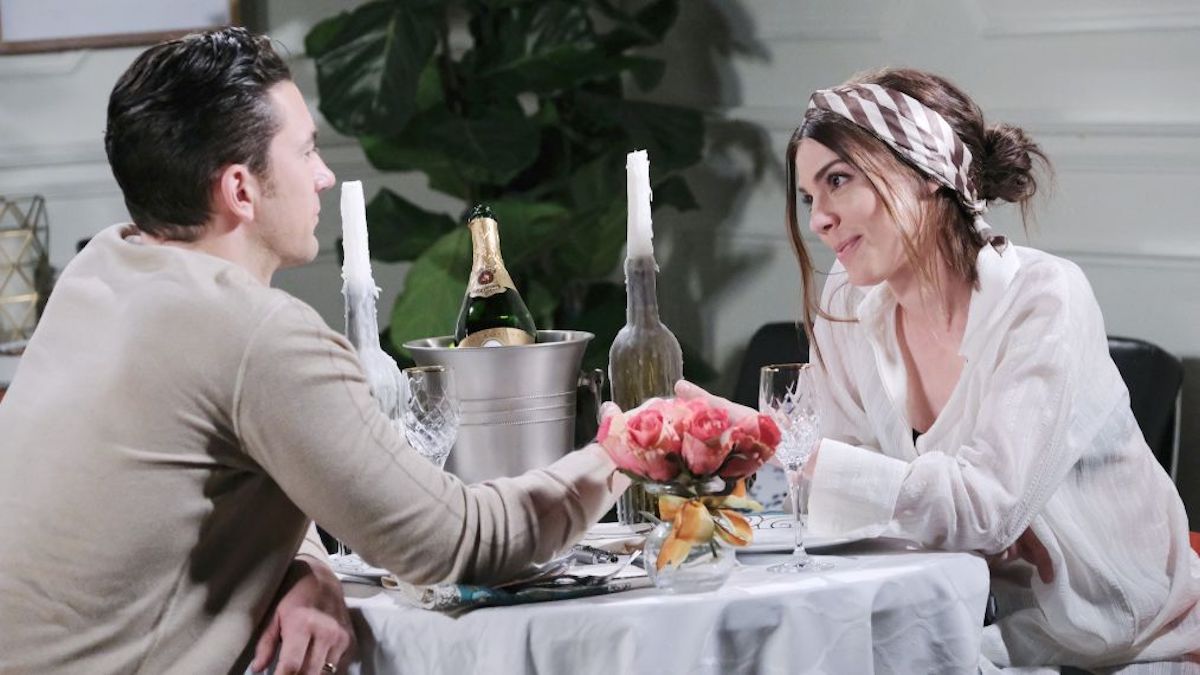 Days of Our Lives spoilers tease that Chad and Abby DiMera (Billy Flynn, Kate Mansi) will return to Salem so that Chad can take the DiMera CEO position back!

Days of Our Lives Spoilers – Even Though Kate DiMera Has Gotten A Miracle, She May Not Want To Run DiMera

Even though Kate Roberts DiMera (Lauren Koslow) has gotten an unexpected miracle of life via Dr. Wilhelm Rolf (William Utay) obviously giving her a serum shot, possibly a resurrection serum shot in Thursday, September 26th’s Days of Our Lives episode, she may be soured on running DiMera industries as its CEO because of her near death caused by Vivian Alamain (Robin Strasser) and she won’t want to hang around the DiMera mansion and be reminded of it! But DiMera will need a CEO, and other Days of Our Lives spoilers say that Stefan DiMera (Brandon Barash) is not long for this world and that Julie Williams (Susan Seaforth Hayes) will receive his heart for her transplant instead of Kate’s!

Chad and Abby were set to return to Salem around November 2019 anyway, and it may be for more than just a family Thanksgiving meal, it could be that they will move back from Paris so Chad can regain his rightful place as DiMera CEO! They will likely have gatherings for Thanksgiving and Christmas though, especially now that Abby’s father, Jack Deveraux (Matthew Ashford) has regained his memories, and maybe there will even be a remarriage ahead for her parents! Jack will now be able to look at his and Jennifer Horton’s (Melissa Reeves) grandchildren and be able to compare them to Abigail and JJ Deveraux (Casey Moss) at the same age because he remembers them!

Days of Our Lives Spoilers – Could The Return To Salem Be Part Of The Time Jump?

According to John Black portrayer Drake Hogestyn, the forecasted “time jump” may happen around the time the younger DiMeras return also, and so all this could be happening a year or so in the future by the time their return to Salem is shown. But it is a good bet that Chad may be DiMera CEO by the time a another year passes, since there seems to be a lot of drama happening in Paris lately, and it may be best for Abby to get away from Austin Reed (Austin Peck) and Chad to get away from Juliet (Rachele Schank)! Even now, Chad is hearing from Tony DiMera (Thaao Penghlis) who is continuing his campaign to get Chad back to Salem to continue the DiMera dynasty, since Tony is not interested in doing so; he just wants to get on with his life with Anna DiMera (Leann Hunley)! However, it’s not set in stone that Chad and Abby will be moved back to Salem from Paris solely because of the time jump, it could happen before since Days of Our Lives powers that be haven’t exactly given a timeframe for the time jump!