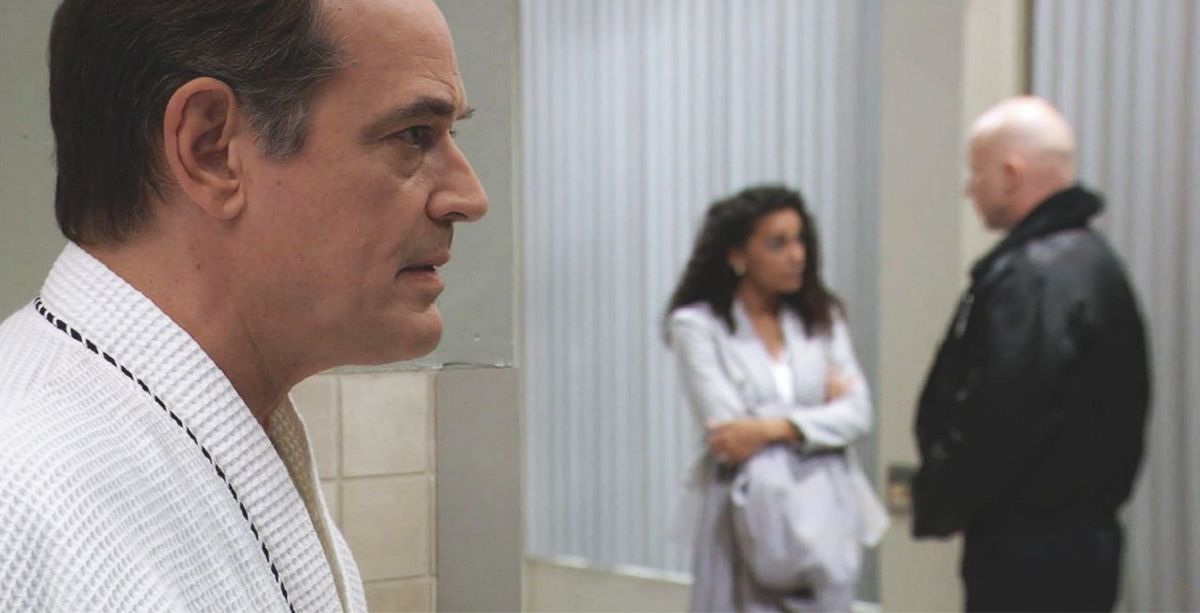 General Hospital (GH) spoilers tease that another jailbreak may be just around the corner. Ryan Chamberlain (Jon Lindstrom) and Nelle Benson (Chloe Lanier) have been plotting something for months. And although they haven’t appeared much over the summer, look for that to change in a big way! Ryan of course, will want to get to Ava Jerome (Maura West), but chances are he’ll have another target in mind.

Last winter, Jordan Ashford (Brianna Nicole Henry) was hit by a car and suffered numerous injuries. Both of her kidneys were severely damaged and to survive, she needed a transplant. Kevin Collins (Jon Lindstrom) was a match, but was medically unable to donate his organ.

Through a complicated series of events, Kevin ended up impersonating Ryan and agreed to give his kidney to Jordan. Ryan was switched back and it was his kidney that Jordan received. When he discovered this, he was furious and his time in prison has surely not made him any less angry.

Curtis (Donnell Turner) and Jordan visited Ryan in prison not long after she was released from General Hospital. He certainly spooked Jordan and when she found out that Ryan didn’t actually consent to give his kidney, she was uncomfortable with how it happened.

Curtis for his part, would absolutely do it all over again if it meant saving Jordan. For now, they have put it behind them but all that will change if Ryan escapes!

It’s not like he can just take his kidney back, but he can certainly attempt to make sure no one else has it either! To that end, look for him to target Jordan as his first victim once he is free.

Getting to the Police Commissioner when he is a wanted fugitive won’t be an easy task, but Ryan will be a man on a mission! Kevin got the better of him, so he’s probably on Ryan’s list as well. But Jordan is the most likely target of his wrath.

What do you think? Do you think Ryan simply make a beeline for Ava or will he take the time to get his revenge on Jordan. WIll he succeed and murder the Police Commissioner? Or will he be stopped in time?

So many things are heating up in Port Charles, literally anything can happen! Stay tuned to General Hospital weekdays on ABC!