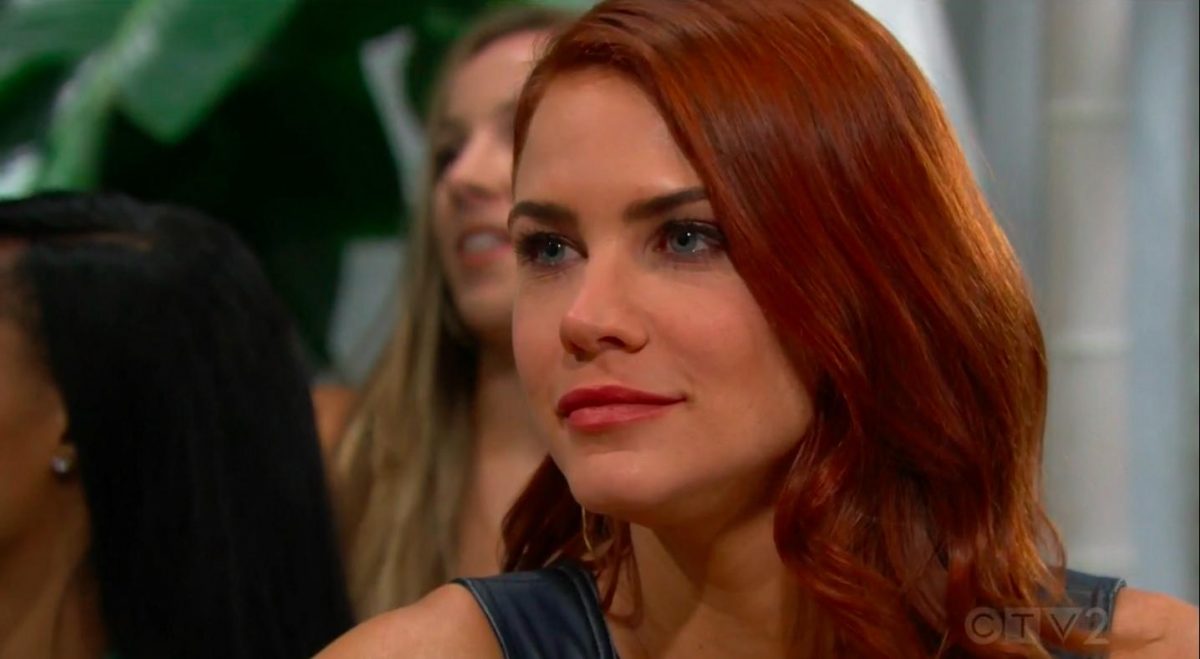 The Bold and the Beautiful (B&B) spoilers tease that Sally Spectra (Courtney Hope) might be a little too confident with her relationship. Even though she is now engaged to Wyatt Spencer (Darin Brooks), could he end up breaking her heart again?

B&B fans watched last week as Wyatt decided to fast forward things with Sally, the woman he recently got back together with. When they first rekindled their love, Sally wanted to take things slow. She didn’t want to risk another broken heart. However, all that went out the window when Wyatt suddenly proposed marriage. It is making viewers wonder if things are moving too fast and if Sally will end up hurt again.

B&B Spoilers – Flo Fulton Not Out Yet

In the latest issue of CBS Soaps in Depth, it is teased that Flo Fulton (Katrina Bowden) isn’t out of the running just yet. She recently found out about Sally’s engagement. While the feisty redhead seems confident in her relationship, is that a tell-tale sign that trouble is looming? Some fans think so, especially since there is someone else rooting for Flo.

The Bold and the Beautiful spoilers suggest that Quinn Forrester (Rena Sofer) won’t stop at her little chat with Wyatt. She is a woman determined to get what she wants, and Quinn truly believes that Flo can make Wyatt happy. This leads to the question of just how far will she go to push Wyatt to take back Flo?

B&B Spoilers – Will Sally Spectra Get Another Broken Heart?

Sally was absolutely heartbroken when Wyatt dumped her for Flo. Courtney Hope explains to CBS Soaps in Depth that Sally invested everything into the romance. She thought Wyatt could be the one, but then at a drop of a hat, she was replaced.

“From Quinn’s perspective, it all boils down to who she thinks will make Wyatt happier Who is most deserving of her son?”

What do you think will happen with Sally Spectra? Is this romance moving so fast that another heartbreak is inevitable? Fans will have to keep watching the CBS soap opera to find out what happens next.