The Bold And The Beautiful Spoilers: Tuesday, October 1 – Bill Warns Shauna To Leave The Logans Alone – Brooke Learns About Ridge’s Night With Shauna 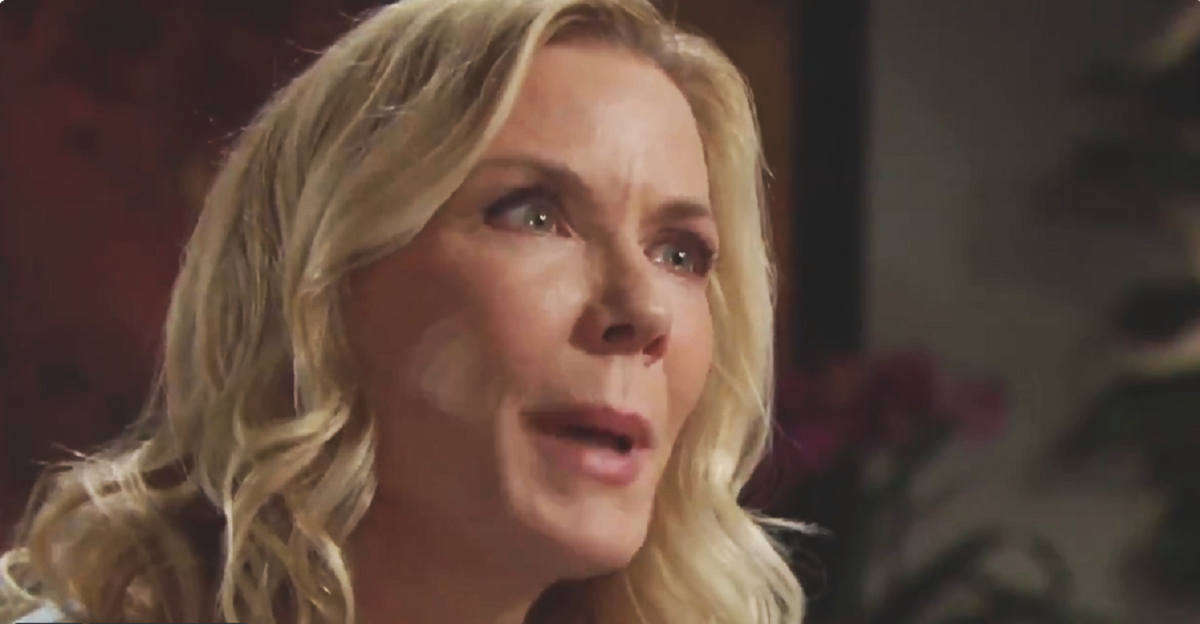 The Bold and the Beautiful (B&B) spoilers for Tuesday, October 1, tease that Bill Spencer (Don Diamont) will issue a big warning. As B&B viewers know, Bill tends not to mince words when he has a point to get across. He’ll be at the hospital tending to Katie Logan (Heather Tom), who is in kidney failure and awaiting a kidney transplant when he encounters a familiar (and unwelcome) face.

Bill will bump into Shauna Fulton (Denise Richards), who will apparently be on the scene after learning about Katie’s serious health condition. She may have heard the news from her daughter Flo Fulton (Katrina Bowden) and decided to check in on Katie to see how she’s doing.

Of course, Bill won’t be thrilled to see Shauna, who is someone who’s been the source of great stress for Katie and her sisters lately. As B&B viewers will remember, Shauna and Katie knew about Beth Spencer (River Davidson and Madeline Valdez) being alive, but they kept quiet about it. Since Bill is Beth’s grandfather, he’s understandably angry with both Shauna and Flo, and he’ll promptly ask Shauna to leave.

The Bold And The Beautiful Spoilers: Where Are Liam & Hope? Actor Scott Clifton Explains https://t.co/KhZyvPwQMo pic.twitter.com/GzaLTxlFon

But according to B&B spoilers, Bill will do more than just ask Shauna to leave. He’ll tell her to stay away from all the Logan women. Bill knows how Katie, Brooke Forrester (Katherine Kelly Lang), and Donna Logan (Jennifer Gareis) feel about Shauna, and he feels the same way. In fact, he might just tell her to go back to Las Vegas with her daughter and get out of their lives!

Meanwhile, on Tuesday’s new episode of B&B on Tuesday, October 1, Brooke will get an unpleasant surprise. As B&B viewers know, Thomas Forrester (Matthew Atkinson) has just learned from Danny the bartender (Keith Carlos) that Ridge spent the night with Shauna in the room above Bikini Bar. That got the wheels in Thomas’ head turning, and now he’s determined that Danny tell Brooke what happened that night.

Danny of course balked at telling Brooke such explosive information, but Thomas insisted, and he even promised Danny some more modeling gigs at Forrester Creations if he agreed. As B&B viewers know, Thomas had Danny call Brooke to see if she’d come pick up Ridge’s belt at the bar, and Brooke’s now on her way.

According to B&B spoilers, Brooke will indeed find out from Danny about Ridge’s night with Shauna. Danny will “accidentally” mention that “we” got Ridge to the upstairs room, and of course Brooke is going to want to know who “we” is. Brooke’s pretty persistent, so she’ll surely drag the information out of Danny that it was Shauna, and that she was also there the next morning wearing the same clothes.

Of course, Brooke is going to be outraged – she can’t stand Shauna, and the thought of Shauna spending the night with Ridge will make her blood boil. Plus, Brooke will be livid that Ridge didn’t disclose the fact that he was with Shauna after she gave him every opportunity to talk about what happened that night. One thing’s for sure – Brooke won’t be happy and she’ll be itching to get some answers from Ridge!