The Young And The Restless Rumor: Will Adam Find Out Who Really Tried To Run Him Down? 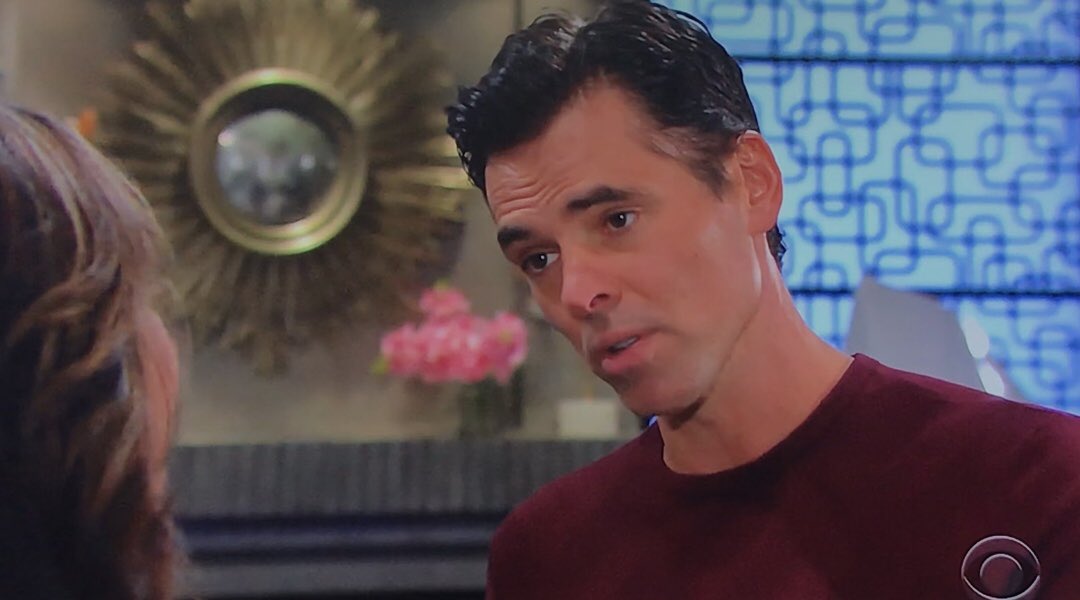 The Young and The Restless (Y&R) spoilers tease that “Bad Billy’s” attempted murder of Adam Newman (Mark Grossman) may need to come out for the sake of Newman family peace; Adam may need to know the truth in order to stop hating Victor Newman (Eric Braeden) for trying to run him down!

Longtime Y & R viewers will recall that “Bad Billy” isn’t the only one who tried to kill Adam for running down Delia Abbott (Sophie Pollono) and killing her; so did “Good Billy”! After Delia’s death, Billy’s destructive behavior ruined his marriage to Victoria Newman (Amelia Heinle) by cheating on her with Kelly Andrews, (first Cynthia Watros, then Cady McClain) a woman he met in his grief support group. He admits his infidelity to Victoria and it goes downhill from there, with her filing for legal separation and starting a romance with Stitch Rayburn (Sean Carrigan).

Then when Billy discovers it was Adam who ran Delia over, he kidnaps him at gunpoint, mentally tortures a confession out of him, then the two men struggle over the gun while driving, causing the car to go over a cliff and explode, ultimately killing Adam, presumably, but Billy escaped. Billy obviously had unresolved issues which came up again with Adam’s return, but this time he realizes what he is dealing with and is seeing a psychiatrist rather than just going to a support group.

YR Spoilers – If The Truth Comes Out, Adam Newman May Be Angry At Billy Abbott Again

If the truth comes out, Adam may be angry at Billy again, but it will give Victoria an alibi. She was with Billy in the Chancellor boathouse during the time she supposedly poisoned her father by giving him double doses of his medicine.

Billy and Victoria may be concerned that divulging this information may cause trouble for Kevin Fisher (Greg Rikaart) and Chloe Mitchell (Elizabeth Hendrickson) who were helping Billy before Chloe was completely free and clear from her charges, but having a meeting with District Attorney Michael Baldwin (Christian LeBlanc) should solve that problem, because he is anxious to get rid of Adam’s blackmail of him too, and now that Fenmore Baldwin (Zach Tinker) is back in rehab that should take care of some of that problem.

Adam could come back with accusing Michael of helping him frame Victoria, but at this point, who’s going to believe him? Victor’s not really dead and Adam knows it, so that will help too, but Victor may protect Billy once Adam knows the truth. Adam needs a psychiatrist as much as or more than Billy does, and Victor realizes it!

Over and over he has said that “Adam is sick and he needs help” and that is why he continues to try and work with him even though he truly does not deserve it! He will likely continue to try and force Adam to see his problems and get help for them, although he will be just as manipulative over Adam as Adam is with Victor and everyone else!

Stay tuned to The Young and The Restless and keep checking Y&R  spoilers frequently, for all the latest news, updates and developments!