The Young and the Restless Spoilers: Amanda Is Confronted, Jill Puts Her On Blast Over Shadiness 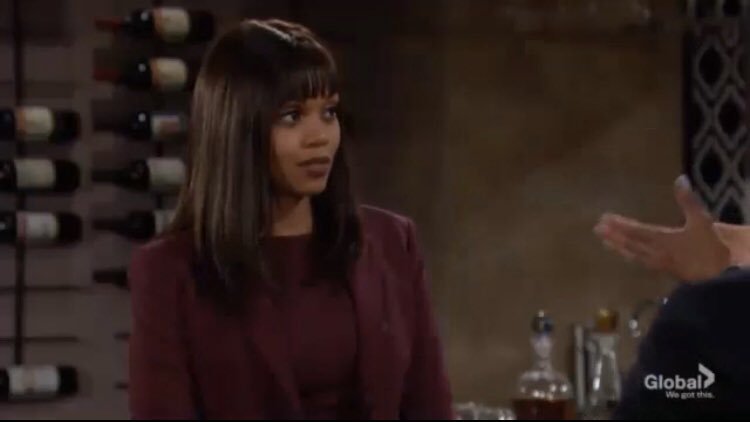 Young & The Restless Spoilers – Jill Abbott Knows There Has To Be Something Fishy Going On!

Jill knows there has to be something fishy going on, for someone to challenge her late mother, Katherine Chancellor’s (Jeanne Cooper) will THIS many years later! Katherine died in 2017 and it takes two years to challenge her will? To top it off, this Amanda Sinclair is Hilary Hamilton’s (Mishael Morgan) doppelganger, and as everyone is gathered to hear what she has to say, an envelope FOR Amanda Sinclair arrives, supposedly overnighted from Chance Chancellor (John Driscoll) to arrive at the EXACT time Amanda is THERE? Then, when she reads it — instead of the bulk of the money being left to Devon it is left to Cane Ashby (Daniel Goddard) instead, who came with Jill?! It sounds like everything has been micromanaged to the very second!

Jill and Devon both think this is a scam and likely perpetuated by Amanda herself; Amanda insists this is the real will and that the one with Devon inheriting over two billion dollars was a fake. Brittany Hodges, (Lauren Woodland) Devon’s attorney pipes up and asks if they’re supposed to take this seriously! Jill has been trying to reach both Chance and Tucker McCall (Stephen Nichols) and can’t get up with either one, and yet Chance overnights this will? Cane might be thinking Traci Abbott (Beth Maitland) could write another hit book about this situation, but maybe put a science fiction spin on it! Jill tells Amanda that she knew Katherine better than anyone, and could tell her exactly what Katherine would think of all this – and of HER! Amanda says this will can and will be authenticated!

Young And The Restless Spoilers: Cane Returns With An Evil Plan– Is He Behind The Will Scheme? https://t.co/oEC6TnnGg6 pic.twitter.com/xjxCcDRQV7

Young & The Restless Spoilers – When Katherine Chancellor Died, Loved Ones Were Blindsided But Immediately Began To Fight Over Her Fortune!

Katherine was diagnosed with a brain tumor, but it was determined to be benign. She did have some memory lapses because of the area the tumor was in during the last few months of her life, however, and she made Cane keep it a secret while she underwent surgery. Katherine and her husband, Patrick Murphy (Michael Fairman) went on a three month vacation and made stops at several locations, where they send postcards from those locations to her relatives instructing them to meet her at the mansion on August 16. Jill was shocked to realize that these locations were all on Katherine’s bucket list. Her husband returns and tells everyone she died in her sleep following a reunion with Tucker.

Katherine left Jill a mysterious letter, while she encouraged Nikki Newman (Melody Thomas Scott) to find the child she’d given up as a teenager. Katherine leaves instructions that her family and friends should celebrate her life instead of mourning her death and had left Devon the remainder of her estate, which the rest of family fought over. It must be one of these family members who is behind this challenge, but Jill refuses to believe that it is Chance, and Devon accuses Cane!