The Young And The Restless Spoilers For Tuesday, October 1: Victor Reveals A Dangerous Plan – Devon Points The Finger At Cane – Phyllis Defends Summer 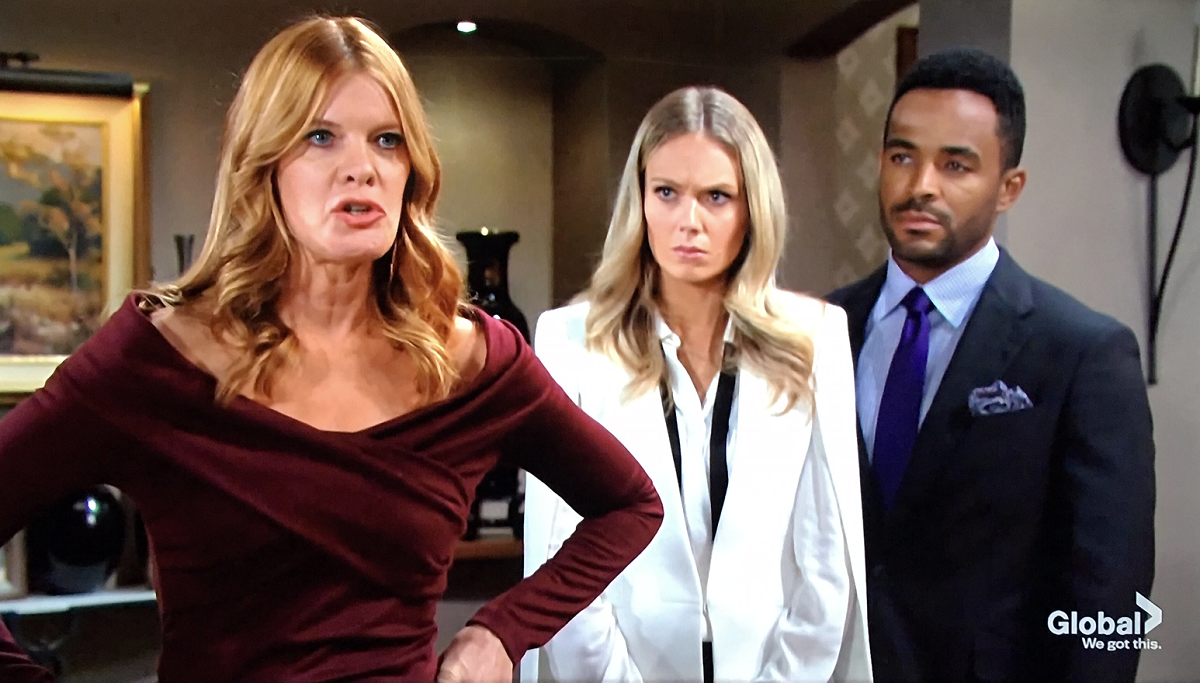 The Young and The Restless (Y&R) spoilers for Tuesday, October 1 tease another day of drama and tense confrontations among the power players of Genoa City as the news that Victor Newman’s (Eric Braeden) death was a ruse, Devon Hamilton (Bryton James) points the finger at Cane Ashby,(Daniel Goddard) and Phyllis Newman (Michelle Stafford) defends her daughter Summer Newman (Hunter King).

Victor reveals a dangerous plan as he reveals what happened in the showdown between himself and Adam Newman (Mark Grossman) in Monday’s episode. As Y&R viewers will recall, Adam had apologized, talked about the effect that his father’s perceived death had on him, and admitted he was the one who tampered with Victor’s medications, although he had not intended to kill him.

Victor had hoped to plant a gigantic guilt trip on Adam that would cause him to find some humanity in himself, and told him he doesn’t hate him, on the contrary, Victor forgave Adam! Adam admitted that he had acted on his worst impulses and didn’t know if he could or would ever change for the better like Victor wanted him to. Victor reiterated he was not the one who lured Adam out to where he ran over Delia Abbott (Sophie Pollono) several years ago and try to run over him.

Victor told Adam he understood more than Adam knew that there was always a way back, but Adam felt there was no coming back from doing something that could have killed his father, referring to tampering with the pills, and that he had to leave Genoa City. The plan worked, and Victor just let Adam go. Now he knew that there was something worth redeeming in Adam and hoped Adam would get to work on redeeming himself.

The Young And The Restless Spoilers: Mishael Morgan Is Back And She’s Better Than Ever

At Devon’s residence, his attorney Brittany Hodges (Lauren Woodland), Jill Abbott (Jess Walton), and Cane Ashby (Daniel Goddard), who came along to emotionally support Devon and Jill, all are in shock as Amanda Sinclair (Mishael Morgan) reads the “real will” which she claims was overnighted to her by Chance Chancellor (John Driscoll). Other than Amanda, no one believes the will is real, but Devon, without having anyone else to blame for challenging the will, points the finger at Cane.

After all, Devon’s late wife Hilary Hamilton (Mishael Morgan) worked for Cane, so he would know how to find an attorney to handle the representation for the challenge to the will who is Hilary’s exact duplicate in looks, so he could mess with Devon’s head. Cane’s family was involved with the Australian Mafia, so Devon probably reasons the apple doesn’t fall far from the tree.

The news of Victor’s non-death has spread quickly, and on Monday’s episode viewers saw District Attorney Michael Baldwin (Christian LeBlanc) and Chelsea Newman (Melissa Claire Egan) find out that Victor was not dead and it was all a ruse to put a guilt trip on Adam, perpetuated by Victor himself, although many people were in on it, although Michael wasn’t, Chelsea wasn’t, and neither was Summer Newman, Victor’s own granddaughter! Chelsea tore into Nick Newman (Joshua Morrow) for letting Connor Newman (Judah Mackey) think his grandfather was dead when Nick knew he wasn’t.

Will Adam find out that Billy was the one who tried to kill him on #YoungandRestless? #YRhttps://t.co/RowACnL9Tm

And Michael will have to drop the charges against Victoria Newman (Amelia Heinle) since there is no murder. This will likely be divulged in a press release and possibly televised. When Summer Newman finds out she was left out of the loop as well as Chelsea, and her mother Phyllis finds out, Victor and the rest of the Newmans will likely experience the mama bear wrath of Hurricane Phyllis, probably followed by the wrath of Hurricane Summer.

Stay tuned to The Young and The Restless and keep checking Y&R spoilers frequently for all the latest news, updates and developments!