The Young And The Restless Spoilers: Mishael Morgan Is Back And She’s Better Than Ever 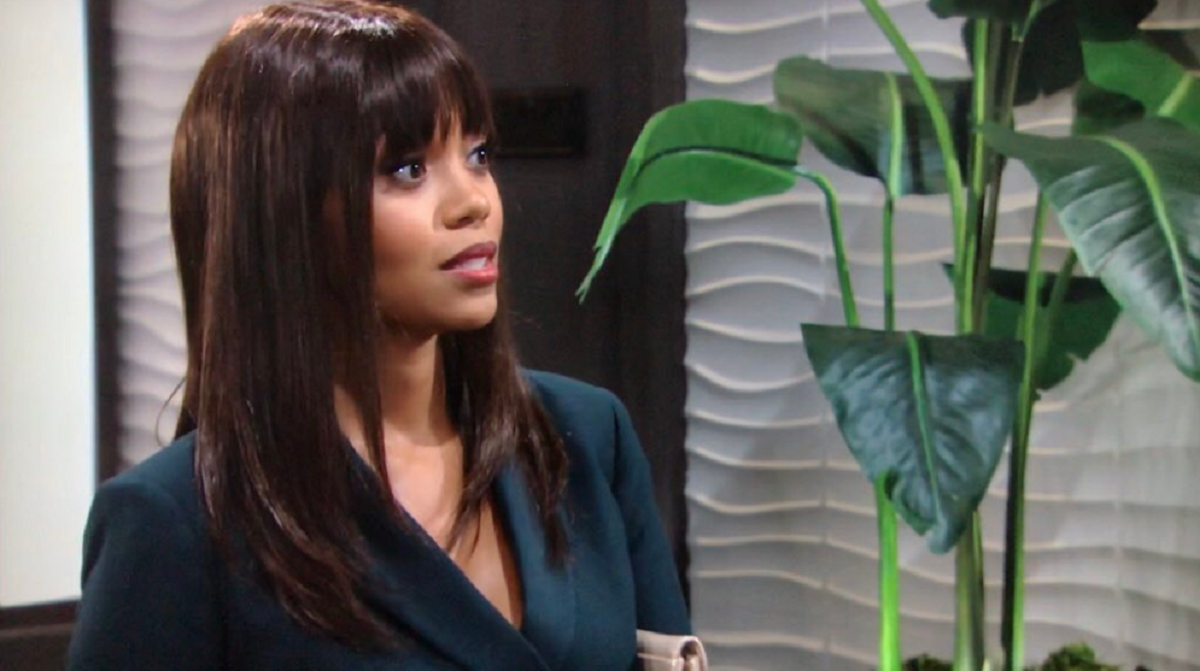 The Young and the Restless (Y&R) spoilers indicate that Mishael Morgan is back and yes, she is better than ever before. She’s back on the canvas as new character Amanda Sinclair, and she’s ready to ruffle a few feathers.

Speaking to CBS Soaps in Depth in an interview, the beautiful actress says that after she left The Young and the Restless the first time around, she truly did think that she was done with the soap.

“I really thought I was done,” she said. “I mean, even my personality, even boyfriends when I was younger, it’s kind of like, ‘You know, I’m done with that, moving on.’ I never really looked back. So I have never ever gone back to an old job, an old boyfriend, an old anything, so I was really like, ‘We’re probably done done.’ But I wasn’t!”

Morgan added that she had an “inkling” that told her that she would be back in front of the camera in no time.

“There were some occasions before the ghost thing came up. Some people that I knew were kind of like, ‘Oh well, you know, maybe Hilary can just come back.’

“And then I would just kind of laugh it off. I don’t know if they were really serious, but as they kept joking about it a couple more times I was like, ‘I think they might actually be serious about me coming back.’”

Young and the Restless Spoilers: Fans Are Delighted With Her New Character

Needless to say, both Mishael Morgan and The Young and the Restless fans have been delightfully surprised by not only her comeback, but her new character, Amanda Sinclair. Sure, Amanda is forcing a lot of people to do a double take but we have a feeling that we will be finding out much more about her character in the coming days.

The Young And The Restless Spoilers: Devon Accuses Cane Of Being Behind The Challenge To Katherine’s Will https://t.co/bnttDu7dXT pic.twitter.com/SC6pnHTEi5

Will she make Devon Hamilton (Bryton James) reassess a few things in his life? Will he end up falling for Amanda simply because she reminds him so much of his wife Hilary Curtis? Time will only tell.

Until then, fans will have to continue tuning in to The Young and the Restless to find out what will happen next!