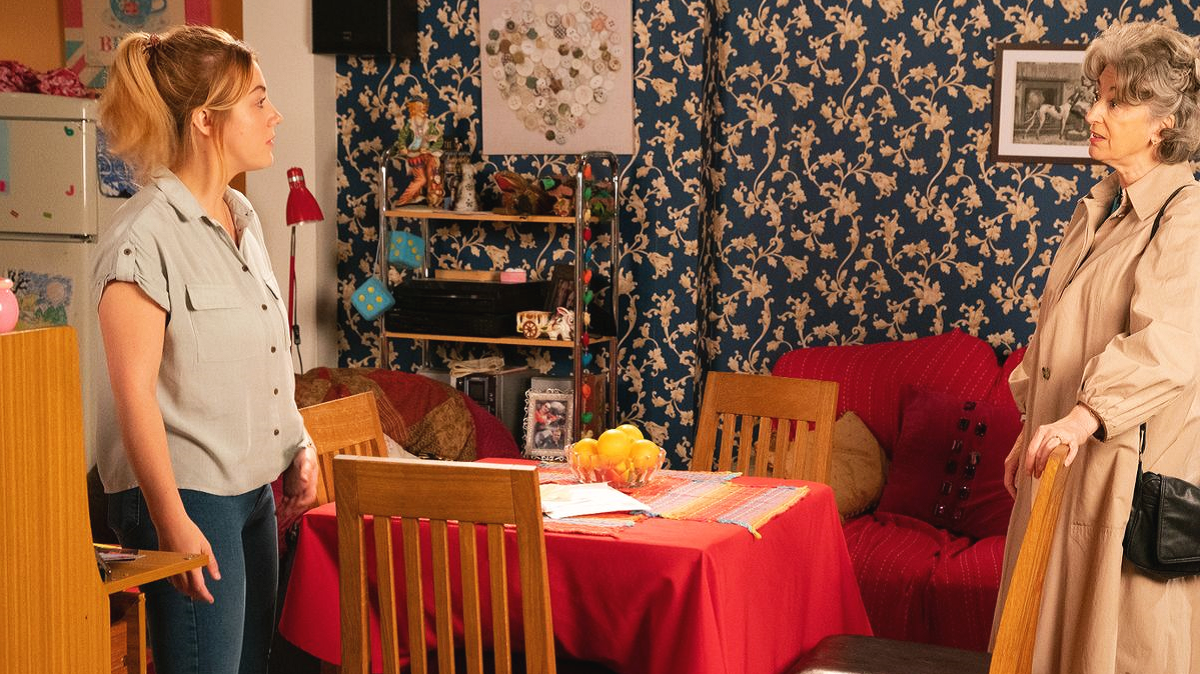 Coronation Street spoilers indicate that things are about to get pretty messy between Fiz Brown (Jeannie McAlpine) and Jade Rowan (Lottie Henshall).

Ever since Fiz decided to return to Weatherfield with her daughter Hope (Isabella Flanagan), it’s been one problem after another for the mother and daughter duo. And now it looks like Hope’s live-in tutor Jade might be hiding a very huge secret from the family. Here’s what you need to know.

Hope has been nothing but trouble for her mother and just about every person who comes in direct contact with her. That was one of the reasons why they decided to move from Weatherfield in the first place.

Fiz decided to take Hope to Birmingham so that she could get the extra care that she needed. Unfortunately, things didn’t work out very well for her there.

Now that they are back in Weatherfield, Hope has been starting one fire after another – and quite literally, too. After Tyrone (Alan Halsall) failed to put in the paperwork to put her in a local school, this has forced Fiz to homeschool the troubled little girl.

Coronation Street spoilers now indicate that Jade might know more than what she is leading on. After Fiz told Tyrone that she has accepted a job at the furniture shop, Jade was caught shifting through Fiz’s drawers. She was actually caught by Evelyn (Maureen Lipman).

That’s when Jade decided to tell Evelyn all about Fiz and Tyrone’s horrible marriage. When Fiz returned home, she was shocked to hear Jade talking to Evelyn about her problems.

That’s not the only problem that Fiz is going to have. After she gets in trouble with Gary Windass (Mikey North) at the furniture shop, Jade will try to persuade Gary to take her back. At the same time, she will also secure her own job.

With that said, a lot of fans can’t help but wonder why Jade has been acting so shifty lately and what might be on her mind. Needless to say, fans will have to tune in to Coronation Street on the ITV network to find out what will happen next!