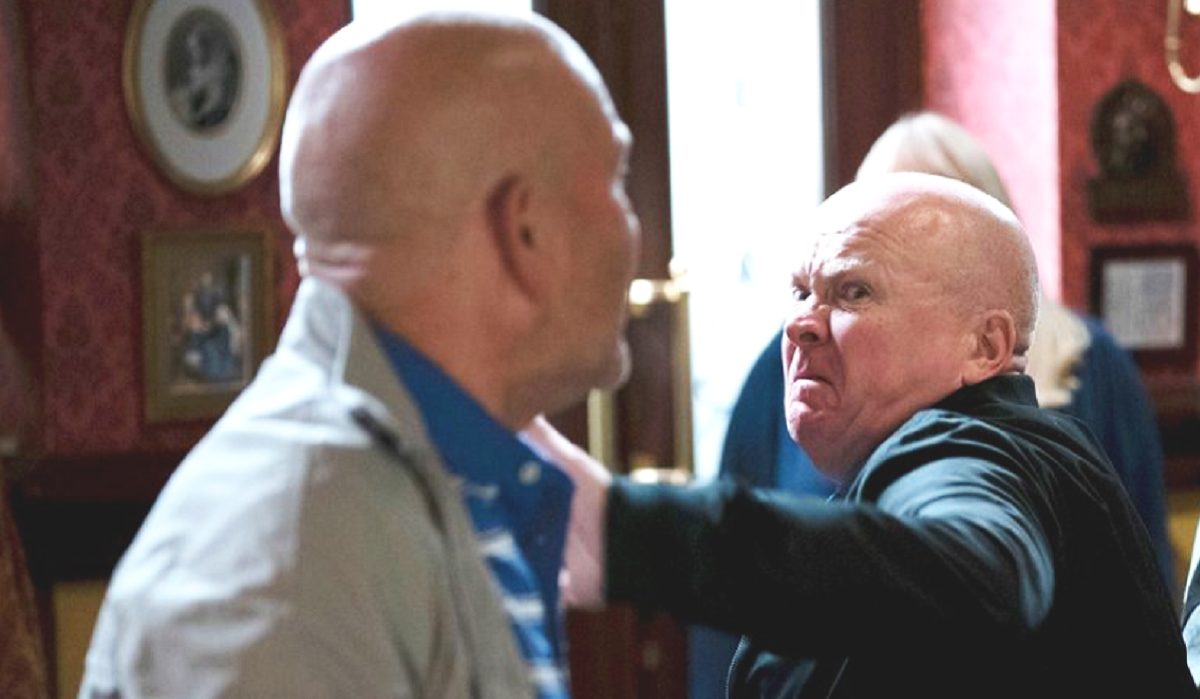 EastEnders spoilers tease that there are going to be fists flying and some possible bloodshed on the streets of Walford in the coming days. That’s because Phil Mitchell (Steve McFadden) is going to attack Jonno Highway (Richard Graham) after he makes a shocking discovery about Callum Highway (Tony Clay).

In what is already looking like very dramatic scenes, Callum’s father will attack him over his sexuality and yes, things will get ugly. Here’s what you need to know.

Phil will take on Jonno in order to protect his son Ben Mitchell (Max Bowden) and his love interest Callum Highway. He’s doing this in the hopes that the two will finally get together. However, things will get pretty nasty after Callum decides to stand up to his rather homophobic father Jonno. This is when Phil decides to step in and take charge.

EastEnders Spoilers: Sharon Has Murder On Her Mind – Is She Going To Kill Mel?

EastEnders Spoilers: Phil Mitchell Will Take Matters Into His Own Hands

When Jonno finds out that Callum’s wedding to Whitney Dean was canceled because his son is gay, he will take his anger out on his son, and in front of everyone no less. Ben will try to get in the middle of things but unfortunately he will be pushed away.

Eastenders spoilers tease that Phil Mitchell will take matters into his own hands and sucker punch the foulmouthed Jonno in front of the crowd. The punch will cause him to fall on the floor with a bloody nose. Everyone will gather around the pub and watch as Phil takes a swing at him.

Eastenders Spoilers: What’s Next For Callum Highway And Ben Mitchell?

A distraught Callum will feel grateful for Phil stepping in but at the same time will be worried about his father and the rest of the family.

With Jonno knocked out and on the floor, a lot of EastEnders fans can’t help but wonder if this is the last that we will see of him. What’s more, they want to know if this also means Ben and Callum will be able to continue their relationship and move forward with their lives in peace.