EastEnders Spoilers: Sharon Has Murder On Her Mind – Is She Going To Kill Mel? 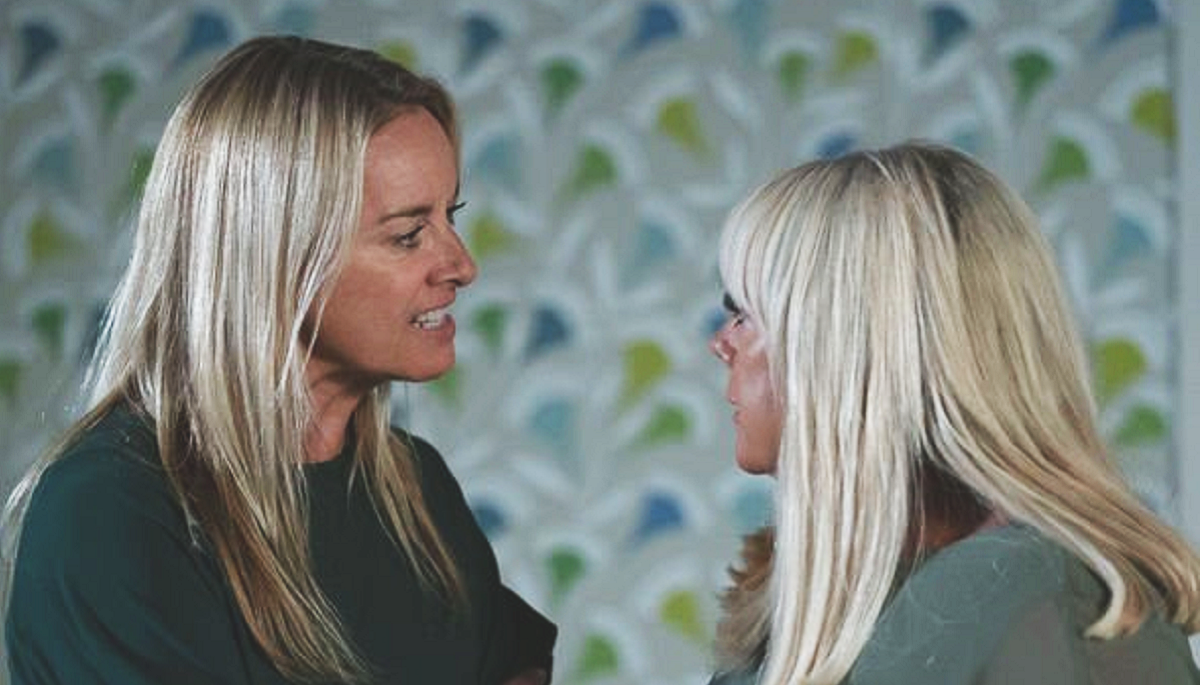 EastEnders spoilers tease that things are about to get pretty ugly in Walford and pretty bloody as well. While there’s no doubt that Sharon Mitchell (Letitia Dean) has not been the most honest wife to her husband, Phil Mitchell (Steve McFadden), things are about to take a very drastic turn. As a matter of fact, someone might end up losing their life over this. Here’s what you need to know.

As many fans know, Sharon had a very illicit affair with the much younger Keanu Taylor (Danny Walters), which resulted in her pregnancy. For the longest time now Sharon has taken drastic measures to hide this not-so-little secret from her husband Phil.

Sure enough, he is going to be livid when he finds out the boy has not only been causing trouble for everyone in his family, but that he also got his wife pregnant!

Another person who is involved in this is Mel Owen (Tamzin Outhwaite). Mel had asked Sharon to buy her a vacation home in Portugal in order to keep the secret hidden after threatening the life of Sharon’s son Denny. Sharon said to her: “Swear on your life that is this over.” Mel replied: “I swear on my life.”

But is Mel someone who Sharon can trust? Hardly. After all, she does have a reputation in Walford. Eastenders spoilers now tease there’s a very good chance that Sharon might end up killing Mel after she betrays her.

The timing is just about right, as actress Tamzin Outwaite has announced that she will be leaving her iconic character behind.

EastEnders Spoilers – Highest Number Of Characters Who’ve Been Killed Off

Plus, if there’s something that EastEnders fans know all too well, it’s that the highly-rated BBC soap has the highest number of characters who have been killed off in the past. If it’s not by knife point, then they end up dead after someone runs them over.

It’s getting colder outside, but things are heating up in Walford!
The leaves are dropping, and so is our Autumn trailer. #EastEnders pic.twitter.com/yo5Q9xbyca

There’s a strong possibility that Sharon might go behind the wheel and try to run her enemy off. Needless to say, fans will have to tune in to find out what will happen next!