General Hospital Spoilers: Jax Gets The Scoop On Dev — Issues A Scary Ultimatum! 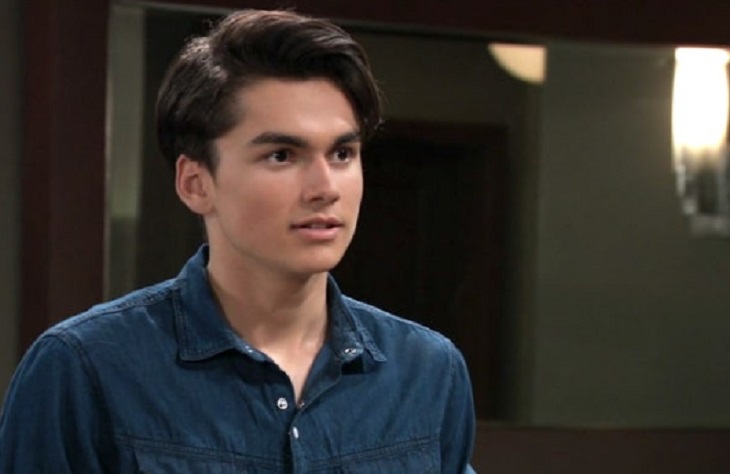 General Hospital (GH) spoilers tease that Jax (Ingo Rademacher) is suspicious about Dev’s (Ashton Arbab) true identity. Jax has been around enough to know that the sudden arrival of Sonny’s (Maurice Bernard) supposed cousin is fishy and he will be concerned because his daughter Joss (Eden McCoy) lives under the same roof. He will want to get to the bottom of the situation, and take action if all is not on the up and up!

As viewers know, Sonny first encountered Dev in Turkey when the young man tried to pickpocket him! Eventually, Dev helped Sonny and Robert Scorpio (Tristan Rogers) bring Dante (Dominic Zomprogna) home from a criminal syndicate. The WSB promised to care for Dev, but their protection was inadequate in Dev’s eyes and he sought out Sonny for assistance. The criminal organization in Turkey wants Dev dead.

GH Spoilers– What Is Dev’s Back Story

Sonny feels indebted to Dev, so to that in he invited him into his home. He had his associate Brick (Stephen A Smith) create documents that show Dev is a long lost cousin of Sonny’s.

Gh spoilers state that Sonny also paid off one of his father Mike’s (Max Gail) cousins to confirm Dev’s identity. Unfortunately, she has already come to Sonny once asking for more money. If Jax finds her, he could easily pay her to give him the truth!

Jax won’t have anything against Dev, but he won’t want Joss to be in any danger or stress because of his presence. If the criminals from Turkey come after Dev, the last thing Jax wants is for Joss to be in the crossfire. To that end, Jax would issue an ultimatum: either Dev goes or Joss moves in with him full time!

Sonny won’t want to give in, but with a new baby in the house, he may just agree to keep the stress levels down. Carly (Laura Wright) won’t be happy if Dev is the reason Joss moves out. Look for tensions over Dev to escalate as more info comes to Jax! This could easily lead to the uneasy truce between Sonny and Jax being broken.

Will Jax take matters into his own hands and get the real scoop about Dev? Will the threat of danger lead him to make an ultimatum about Joss’ living situation to Sonny and Carly? Spoilers indicate that more drama is coming up so stay tuned to the General Hospital, weekdays on ABC!