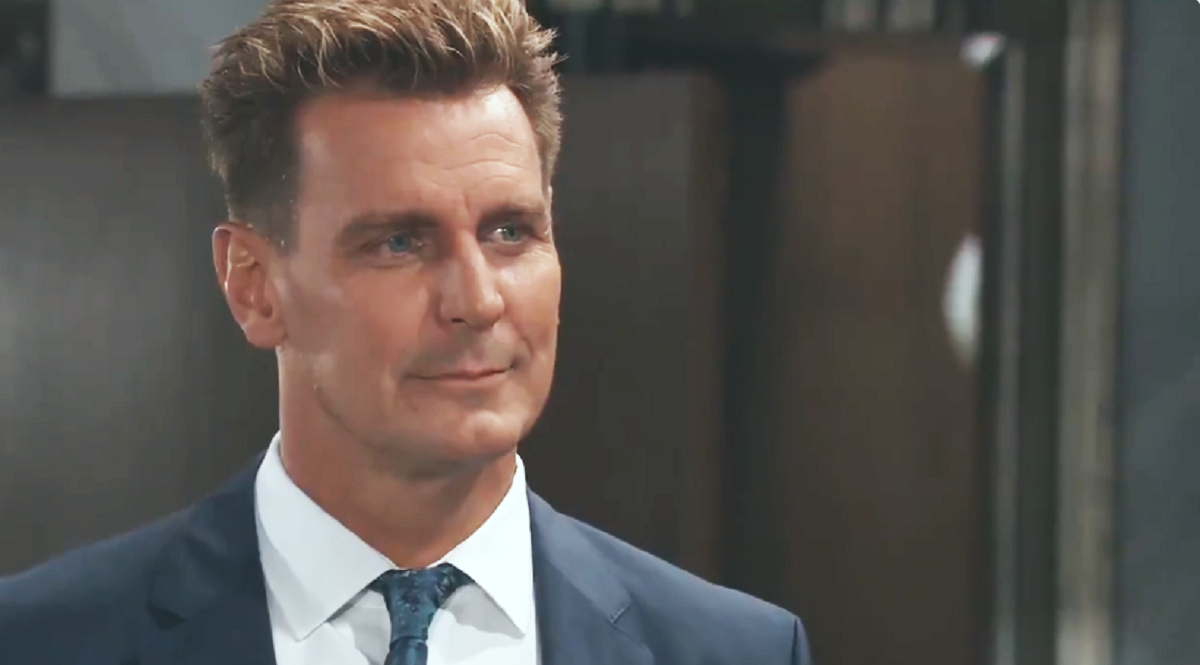 General Hospital’s Nina Reeves (Cynthia Watros) is at Crimson. Jasper Jacks (Ingo Rademacher) approaches Nina, they need to talk. Nina wants Jax to back off of attacking Valentin Cassadine (James Patrick Stuart). Jax accuses Valentin of trying to drug him. Nina tells Jax he has no proof the drink was drugged. He threatens to go after Curtis Ashford (Donnell Turner).

Jax suggests they call a truce. Nina invites Jax to the wedding. Jax is shocked by the invitation. Valentin is fine with Jax attending. Nina thanks Valentin for allowing Jax to attend. Nina loves Valentin. Nina wants a hamburger. Valentin and Nina leave for food. Valentin and Nina go to the MetroCourt and see Jax with Laura Webber (Genie Frances) and Curtis. Nina says their love is all that matters.

Laura and Kevin Collins (Jon Lindstrom) will both be there. Laura plans to search for clues there. Laura explains that Cassandra could be a distraction to Valentin. Laura believes she can find anything Helena has hidden in the mansion. Jax joins Curtis and Laura. Laura wants to know why Jax is interested. Jax admits to trying to get part of Cassadine Industries. Laura insists that Spencer Cassadine (Nicolas Bechtel) not be involved. Jax thanks Laura for her help.

General Hospital’s Liz arrives at Charlie’s to speak to Julian Jerome (William DeVry). Liz wants Kim Nero (Tamera Braun) taken out of town immediately. Liz demands Julian help to keep Kim away from Franco Baldwin (Roger Howarth). Meanwhile, Kim runs into Terri Randolph (Cassandra James) who tries to explain how delusional Kim is being. Kim leaves to go visit Franco. Liz goes off on Julian demanding he helps her. Liz knows Franco is in there but has no way of telling them. Julian tries to reason with Liz. Liz leaves.

Diane tries to get Sam out on bail. Sam tries to figure out when this statement could have been made. Diane demands to know who else is in the recording. Diane knows that recording is fake. Jordan says Daisy Kwan (Kelsey Wang) provided the recording. Jordan gets test results as Diane promises to have Sam free in no time. Jordan says the arrest stands and Sam is taken into custody.

General Hospital’s Franco calls Kim to Shadybrook. Franco tells Kim he is being evaluated for competency. Kim tells Franco she would be by her side. Kim plans to get Franco an attorney, he thanks her. Terri stops by to see Franco. Terri tells Franco that Oscar would want her to look out for Kim. Terri knows Kim is at her limit.

Terri is afraid Kim is going to lose herself in Franco’s situation. Kim takes some of Julian’s stuff to him at Charlie’s. Julian isn’t moving anymore. Kim didn’t mean to hurt Julian. Kim can’t stop how she feels about Drew Cain (Billy Miller) even in Franco’s body.

Franco tells Terri that Kim loves him and he loves her. Kim tells Julian she loves him and promises to not be alone. Terri tries to tell Franco that Kim is trapped. Terri says the past won’t heal Kim. If Franco loves Kim he will set her free. Tune in tomorrow to General Hospital on ABC and watch it all play out!