The Bold and the Beautiful Spoilers: Will Dr. Armstrong Stick Around? Vincent Irizarry Teases Personal Drama For The Doctor 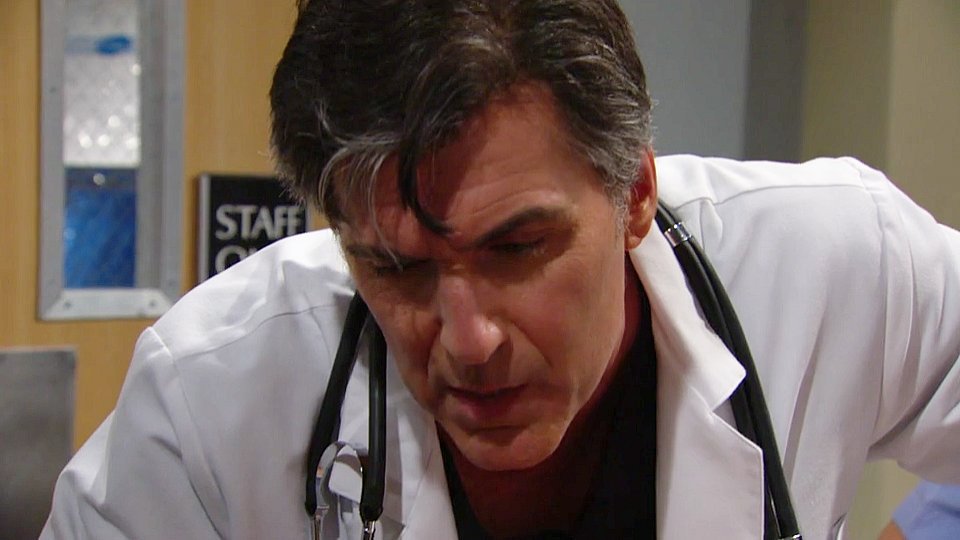 The Bold and the Beautiful spoilers reveal Dr. Jordan Armstrong (Vincent Irizarry) is the hospital doc who treated Katie Logan (Heather Tom) when she was admitted. He was the same doctor who had to give the Logan and Forrester families the bad news about her kidneys. So, is he sticking around? While that was not revealed, the actor sure hopes so!

Not much has been revealed about Dr. Armstrong as far as his personal life. However, he seems to be a capable physician who did what he could to treat Katie. Even when she resisted staying in the hospital, he was gentle with her, yet firm.

The Bold and the Beautiful spoilers confirm that Dr. Armstrong’s test results showed the severity of Katie’s condition. He was direct, upfront and honest with Katie’s loved ones. Even though the character hasn’t had a real back-and-forth conversation with the majority of characters, that doesn’t mean Dr. Armstrong hasn’t noticed things.

“It’s pretty obvious to him that Brooke and Ridge have a very complicated relationship.”

Which woman is right for Wyatt– Sally or Flo on #BoldandBeautiful?
Read more below 👇👇👇👇https://t.co/GMVoCxyI78

Fans would love to see Dr. Armstrong stay on the show. Right now, it appears it is just a short-term stint, but that could change. The actor is a soap veteran and has a huge following of loyal fans. However, does the actor have any interest in a long-term place in the daytime series? It seems that he is open to the possibility.

“At present, his purpose has been mostly clinical, but you never know. It would be great if Dr. Armstrong happened to be in a restaurant or bar, and one of them walks in and strikes up a conversation outside of the hospital!”

Would you like to see Vincent Irizarry stay on the CBS soap opera long-term? Which characters are you seeing Dr. Armstrong interact with?

The Bold and the Beautiful Spoilers: Sally’s Bold Move – Will Get Cured But…

‘The Bold and the Beautiful’ Spoilers: Bill’s Admission Was Honest…

The Bold and the Beautiful April 1 Update: Shauna & Ridge Ready for Sin City…