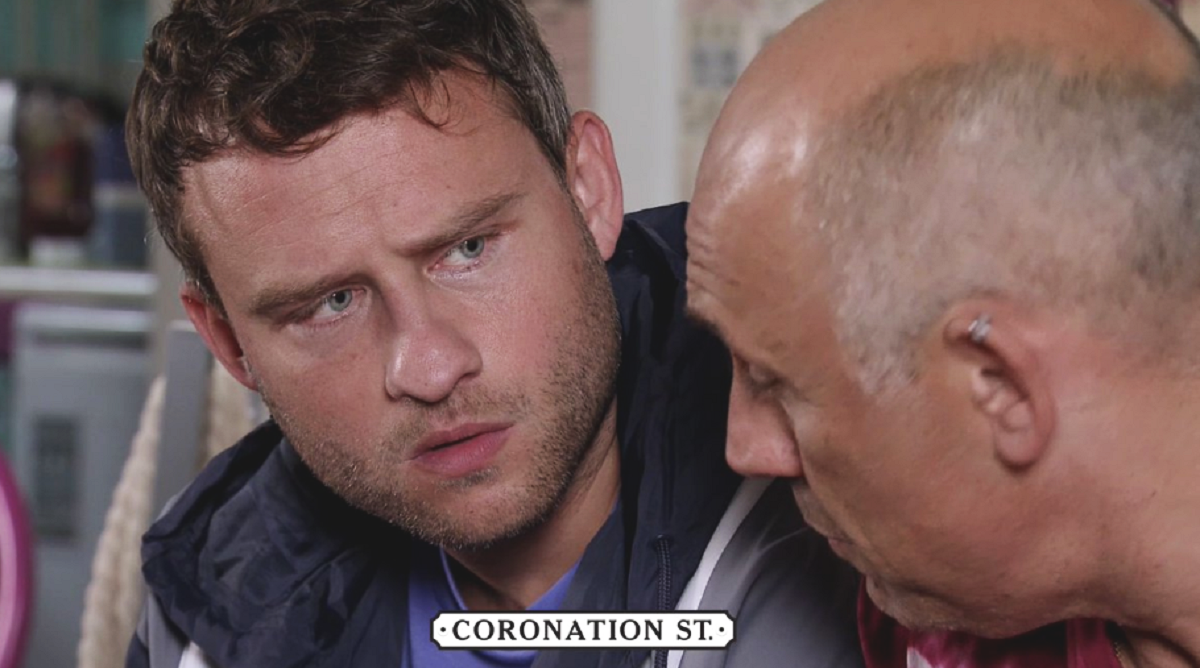 Coronation Street spoilers teased that Paul Foreman (Peter Ash) would have an intense storyline. That has turned out to be accurate and with everything that has been revealed, fans can’t stop talking about it. Viewers are raving about his amazing performance. Keep reading to get all the details.

At first, viewers were not big fans of Paul Foreman and for good reason. However, now that it has been revealed he has a compelling story, viewers are starting to understand.

The events that happen to people, especially when they are young, can change an individual. It can mold them and turn them into different people if the incidents are severe enough. This is exactly what has happened to Paul.

Corrie spoilers revealed what happened between Kel Hinchley (Joseph Alessi) and Paul. It turned into a shocking and disturbing sexual abuse and grooming storyline. It all took place when Paul was a teenager.

As the storyline progressed, Paul became sickened when he tried to kiss Kel, only to find out that he wasn’t interested in him. This is because he was a man now and no longer a boy.

Corrie fans have been talking about Peter Ash’s performance. It is simply amazing how he has been able to take this storyline and as disturbing as it is, and make it a stellar performance. The actor has clearly put his all into the character and plot.

The pain and inner turmoil Paul is going through certainly seems authentic. In fact, on social media, fans have been discussing the scenes. Many want Paul to get justice now that his past has come to light.

Billy pleads with Paul to talk to the police, will he listen? Find out on Wednesday…

If you have been affected by Paul's story, please visit: https://t.co/Ln8ZzEODH6#Corrie #Billy #Paul #Kel pic.twitter.com/96W2uD2DxQ

As for what else is happening on Coronation Street, expect Maria Connor (Samia Longchambon) will be single again. Gary Windass (Mikey North). Dev Alahan (Jimmi Harkishin) will try to get help as Asha Alahan (Tanisha Gorey) deals with the skin lightening storyline. Evelyn Plummer (Maureen Lipman) is tricked by Jade Rowan (Lottie Henshall).

What are your thoughts on Peter Ash’s portrayal as Paul Foreman? Are you impressed by the actor’s performance during the sexual abuse and grooming storyline? What do you think is going to happen next with the character as the truth affects multiple people in the soap? Be sure to tune in to catch up on everything happening on Corrie right now. Come back here often for Coronation Street spoilers, updates, news, and rumors!