Days of Our Lives Spoilers: Brady Upsets Victor By Moving Kristen Into The Mansion — Showdown Over The Baby Bombshell? 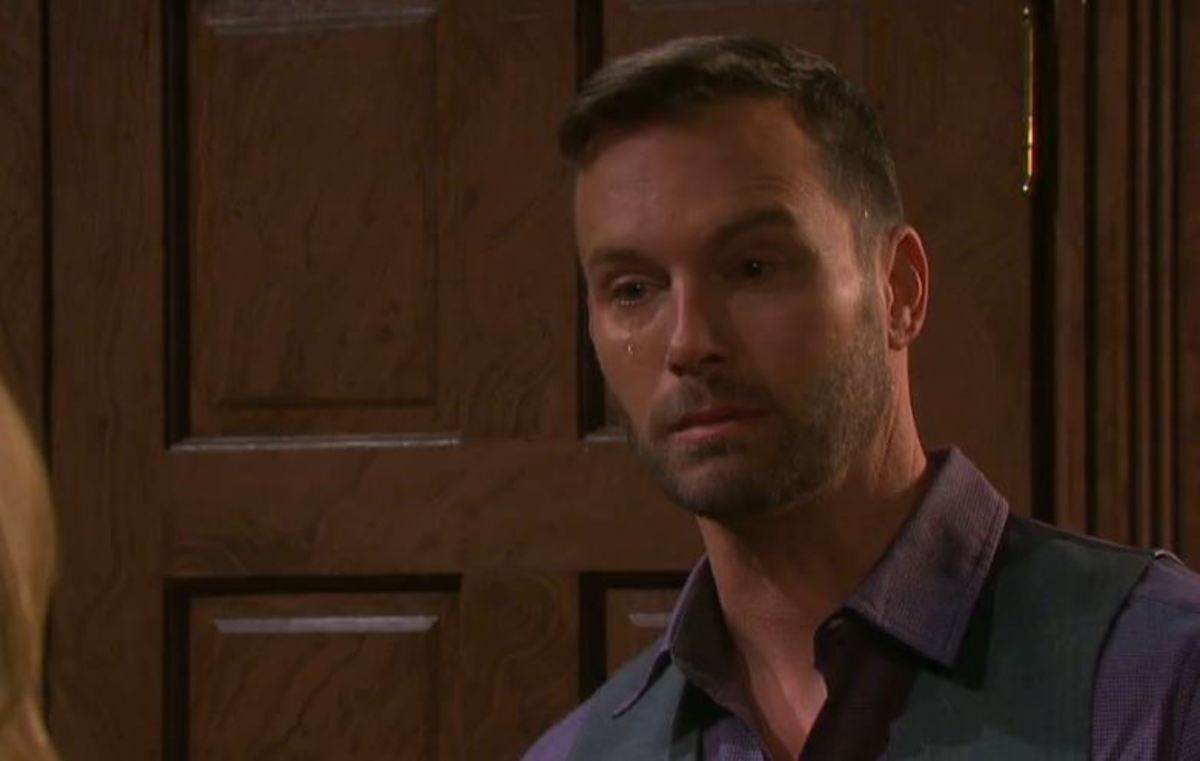 Days of Our Lives (DOOL) spoilers tease that Brady Black (Eric Martsolf) will soon reach a shocking decision. As DOOL viewers know, Brady has just found out that Kristen DiMera (Stacy Haiduk) is pregnant with his baby. The news came as quite a shock for Brady, and at first, he wasn’t happy about the situation, but it seems that he’ll come to accept the situation and start to prepare himself to be a father again.

Of course, Brady will want to make sure that his baby has all the best prenatal care and that Kristen lives a low-key lifestyle in preparation for the baby’s arrival. And since this is Kristen that we’re talking about, he’ll want to keep an eye on her and make sure that she takes care of herself. So, DOOL spoilers say that he’ll decide to keep her close…by suggesting that she moves into the Kiriakis mansion!

And that’s a move that is going to upset a lot of people. Maggie Kiriakis (Suzanne Rogers) and Sarah Horton (Linsey Godfrey) won’t be thrilled to be sharing a house with the person who was responsible for Nicole Walker (Arianne Zucker) and Holly Jonas’ (Harlow and Scarlett Mallory) alleged deaths. Kristen put both Maggie and Sarah through a lot of pain and anguish, and they’ll probably complain about having to co-exist with her.

Xander Kiriakis (Paul Telfer) probably won’t be thrilled with living in the same house as Kristen, either. He’s taken great pains to distance himself from Kristen, yet she keeps reeling him back into helping her with her schemes. He’ll probably be horrified to learn that Kristen’s going to be living in the same quarters as himself.

But it seems that Brady will have the hardest time explaining his decision to move Kristen into the mansion to his grandfather Victor Kiriakis (John Aniston). As DOOL viewers know, Victor would prefer to have the mansion to himself and Maggie. He generally doesn’t like having houseguests, no matter who they are.

But according to Days of Our Lives spoilers, Victor will absolutely explode when he hears that Brady wants to move Kristen into the mansion. He’ll be upset enough to learn that Brady got Kristen pregnant, but he’ll apparently be furious when he realizes that he now has to share his home with her. But it doesn’t look like there’s much he’ll be able to do about it.

Days of Our Lives Spoilers: Wally Kurth Back on Contract, Here’s What’s Next For Him In Salem https://t.co/71vHMQqGhU pic.twitter.com/HFDWaOh5kd

At any rate, DOOL spoilers indicate that Kristen will indeed move into the mansion and that Victor will have to live with it. But Brady had better watch out – Victor isn’t one to hold back, and he may have some choice words for Kristen!