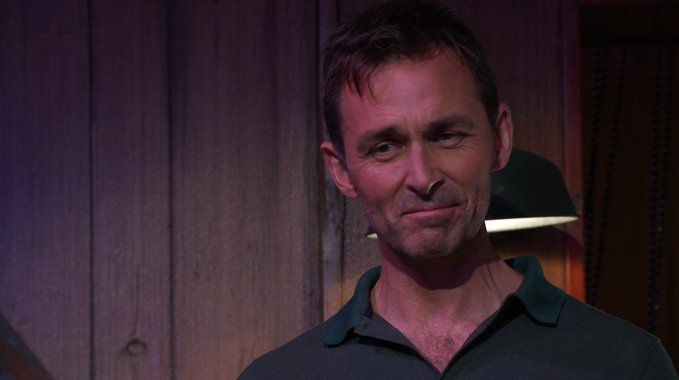 Nina thanks Laura and Kevin before leaving. Charlotte wants to tell Laura about the necklace. Laura wants to play hide and seek in the mansion. Charlotte’s favorite room is the trophy room. Charlotte is glad Valentin moved Helena Cassadine’s portrait. Charlotte is scared by the photo. Kevin says Charlotte is very perceptive. Laura wonders if what she is looking for is in the portrait. Kevin sends Laura upstairs to help Charlotte. Kevin snaps photos of Helena’s portrait.

General Hospital’s Maxie Jones (Kirsten Storms) is on the phone lining up the bachelorette party. Peter August (Wes Ramsey) joins Maxie and they talk about the party. Maxie wants to go house hunting with Peter together. Maxie says Peter has turned his life around. Maxie tells Peter to go and have a good time at the party. Lulu Spencer (Emme Rylan) arrives and drags Maxie away from her computer.

Maxie wonders if Lulu is inviting Dustin Phillips (Mark Lawson) to the wedding. Maxie sets up a spy day for the bachelorette party. Nina thanks everyone for being at the party. Maxie freaks out when she finds out the spy is double booked. Harrison Chase (Josh Swickard) and Willow Tait (Katelynn MacMullen) are the other booking for the steam room.

Nina tells them they are going to have to leave. Willow and Nina argue in the steam room. Maxie arrives and tells Chase they are leaving. Maxie tells Nina they need to get to the restaurant. Nina and Maxie leave. Willow is furious over Nina’s interruption. Chase tries to calm Willow down.

General Hospital’s Michael Corinthos (Chad Duell), Hamilton Finn (Michael Easton), and Curtis Ashford (Donnell Turner) stop by the Floating Rib for a drink. Curtis got roped into this by Peter. Finn is there for the same reason. Curtis didn’t want to disappoint Nina. Michael tells everyone about the new baby. Finn toast the baby. Chad asks if they are there for karaoke night. Michael says they are there for Valentin’s party. Peter arrives but Valentin still hasn’t shown up for the party.

Michael tells Sasha about his little sister. Michael warns Sasha to look out for Valentin. Liesl joins Finn and inquires about Hayden Barnes (Rebecca Budig). Sasha goes to the restroom. Liesl knows something is wrong with Sasha. Maxie tells Peter they are a great team. Curtis thinks Valentin can’t be that bad if Nina loves him. Nina begs Valentin to sing karaoke. Valentin sings to Nina. Liesl goes to check on Sasha for Michael. Curtis texts Laura. Liesl tells Sasha he needs to get back to Nina. Liesl reminds Sasha that no one can ever find out she’s not Nina’s daughter. Lulu overhears.

Some heart wrenching emotional scenes are coming up this week in Port Charles, so don’t miss an episode of General Hospital, airing weekdays on ABC!